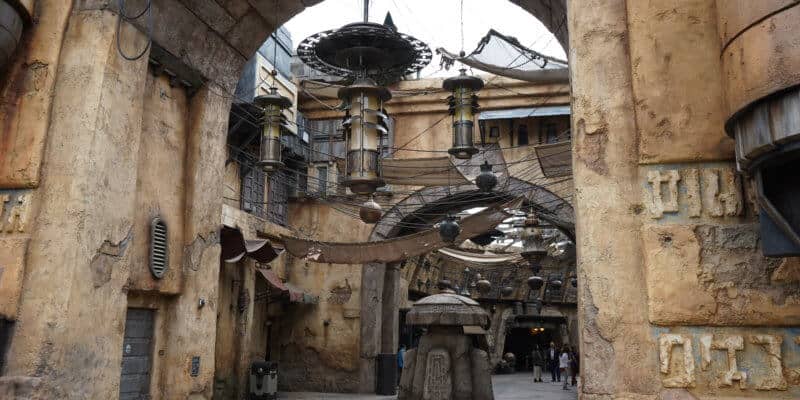 Last week I asked the question – Will Star Wars: Galaxy’s Edge live up to the hype? As you know from that piece I have been building this land up in my brain for so many years the expectation is almost impossibly high. Was my impression of Star Wars: Galaxy’s Edge positive or did it fail to meet expectations? May 31, 2019, is a day that I will remember for the rest of my life. Let me share why.

The night before I could barely sleep. I was so wound up with anticipation and anxious energy that it was hard to do anything other than think of Galaxy’s Edge. Then it finally happened, my time had come to enter the land. My first reservation started at 11 am and went until 3 pm. My group was sent to the Hungry Bear entrance near Critter Country to get in line to enter the land. 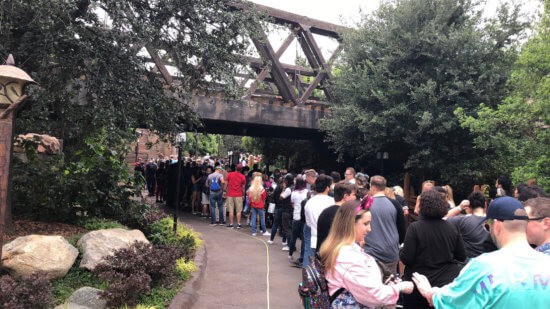 It was the longest 20 minutes of my life. I just stood there listening to the sounds of the land. It was torture. Then right at 11 am, they let us in and as I turned around the first corner catching a glimpse of the life-sized X-Wing, I burst into tears. 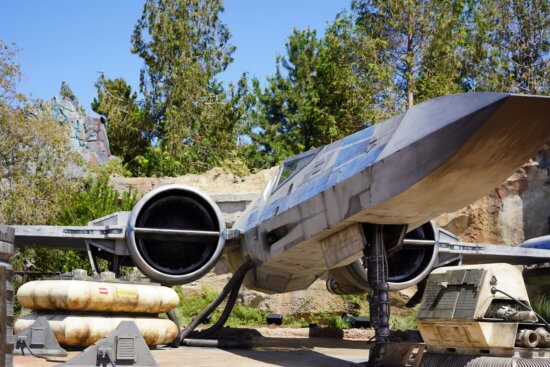 It was everything I had built up in my head over all these years there, and also so much more. I never would have imagined this land would be this good, this massive, this well themed. For me, it is the best-themed land that has ever existed and makes the Wizarding World of Harry Potter at Universal look like a science fair project. It’s that good. I kept calling my girlfriend and just saying “I can’t believe this is a real place I am walking around in.” 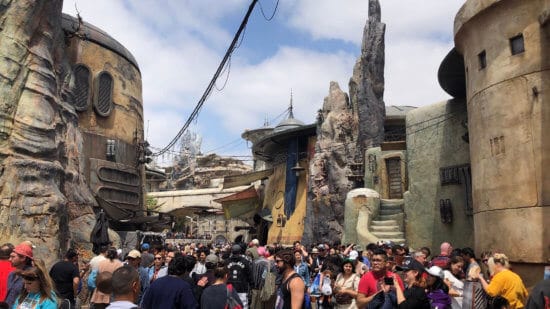 The first thing I did was to get my bearings straight and try and find out where everything was. It is very jarring to be in a Disney park and not know your way around. Even my first time at Disneyland the park was familiar enough that I could easily navigate it. This was the first time I didn’t know where to go. I started wandering around the pathway on Batuu to see what I could find. I prefer discovering on my own versus using a map. Arriving at the TIE Echelon, a new ship to the Star Wars universe, I had to pick my jaw up off the ground. This area is very well done. 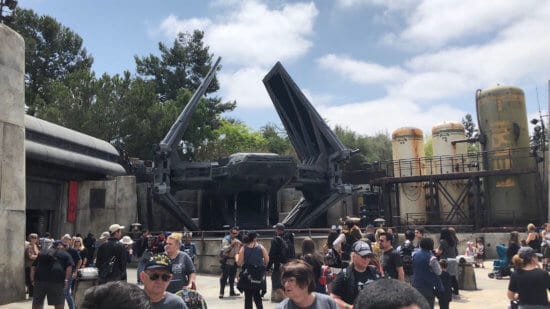 I then kept walking that same path and looked at getting into Oga’s Cantina, but the line had been cut off and was being touted as a two-hour wait. Once I rounded the cantina, I finally saw it. The biggest hunk-of-junk in the Galaxy – The Millennium Falcon. And again, I started to sob. Seeing the full-sized ship right in front of my eyes along with trying to take in the entire scale of the land was honestly overwhelming. 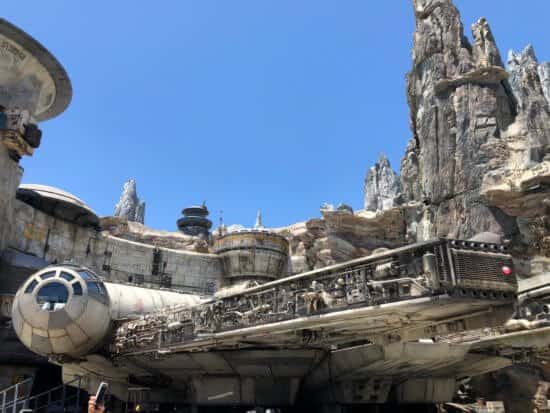 Again the line for Smuggler’s Run was very long because people either went straight for the attraction or straight to the cantina. I, however, continued to look around the land eventually finding my way into Ronto Roaster. Seeing the podracing engine hanging from the ceiling and the effects along with the audio loop was fantastic. Also, the Ronto Wrap is easily my new favorite food item at any Disney park. It was spectacular! I should share a photo of my Ronto Wrap, but I ate it too quickly before that thought occurred to me.

After I finished my lunch I headed over to the bazaar area to do some shopping. They have everything you could possibly want in regards to Star Wars merchandise. Out of all of the stores in the bazaar, the Toydarian Toy Maker was hands down my favorite. I ended up buying the Chewbacca and Lando plushes to start my new collection. Eventually, I will buy all of these! Prices range from $17.99 to $21.99 a pleasant surprise. With all of the stores throughout the land, there’s something for everyone in every price point. 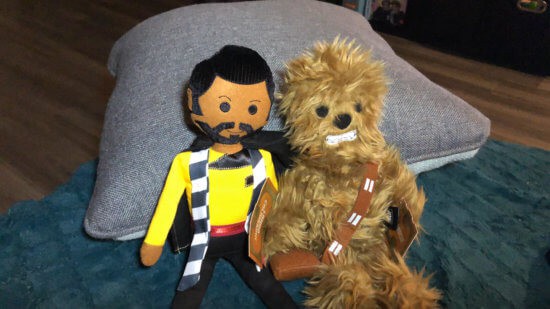 All in all, its an understatement to say I am impressed, it was everything I wanted and more. Batuu is a truly special and spectacular place. I think anyone who visiting Batuu will be blown away, even if you aren’t a Star Wars fan. 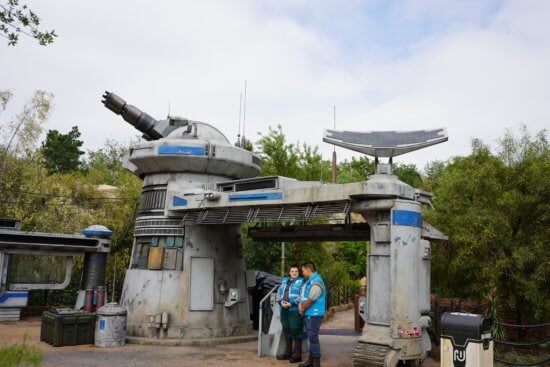 If it’s not obvious by now yes Star Wars: Galaxy’s Edge does live up to the hype. And when Star Wars Rise of the Resistance opens I will be back to check that out too.

If you’ve had the chance to explore Batuu what was your impressions? Let us know in the comments below.