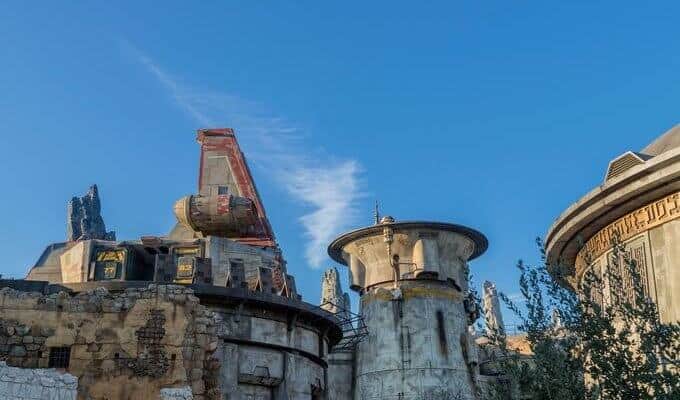 On October 30, 2012, I received a text message from my dad saying “Dude, Disney bought Lucasfilm and they are doing Episode VII.” I responded, “WOAH! Wait, what if they did a Star Wars land?” and sure enough a few short years later at D23, we got the announcement from Bob Iger that they were, in fact, doing a Star Wars themed land.

I don’t think we could have even understood what that meant at the time. My mind instantly thought a Dumbo spinner ride themed to X-Wings, etc. Thankfully that is not at all what we are getting. Disney has gone on record on multiple occasions about how in-depth and immersive this land will be. As we get closer one starts to wonder, “Am I going into this with expectations that can not be met?” And the honest answer is maybe.

Like I said I am I a massive Star Wars fan, I have been to Star Wars Celebration in both Orlando and Chicago. Each time they did panels about Galaxy’s Edge and the hype continued to grow more and more. In Chicago, we got our first look at some merchandise and even had the chance to sit in a ride vehicle for the upcoming “Rise of the Resistance” attraction. There is something about seeing and touching something that makes it real, and that is exactly what we were promised with Batuu. The chance to not only get to walk inside Star Wars but to touch, taste and experience Star Wars for the first time ever. Lucky for me I’m going to be there on opening day!

I think Ronto Roasters is on my list for several reasons…first being that they “cook” the meat with a Podracing engine that hangs from the ceiling. Another reason is because these Ronto Wraps are notoriously bad in the galaxy, they are regarded as mediocre street food. I can’t wait to see this building and try this item for myself. 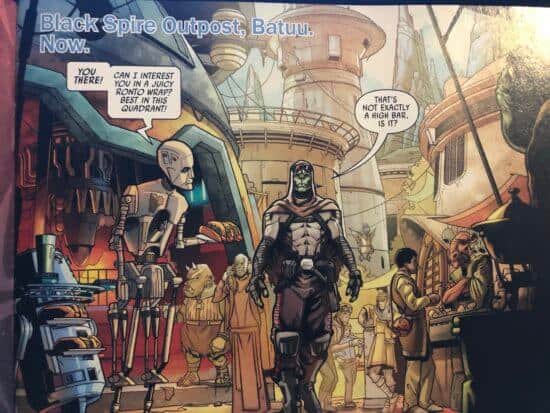 I have read every piece of cannon material involved with Batuu and Galaxy’s Edge leading up to opening day, it feels like I have been there already! It’s hard to believe that in just a few days I will actually be able to see all of this for myself.

Coming back around to the big question of will this live up to the hype, I honestly don’t know. I have built this up in my brain for so many years leading to this moment, it’s going to be hard to do (for me). I can’t say it enough, this is my current number one most anticipated thing in my life ever. The only thing that comes close to this would be when The Force Awakens was coming out, and the hype that surrounded that. I was all in on that, and I am even more so with Galaxy’s Edge. I can not wait.

I truly hope I am not disappointed in this land. I will be completely transparent and honest with my opinions coming out of Galaxy’s Edge. Stay tuned to Inside the Magic for more!

See Part 2 of this article for my opinions of Galaxy’s Edge now that I’ve visited Batuu.

Comments Off on Star Wars Galaxy’s Edge (Part 1): Will It Live Up To The Hype?