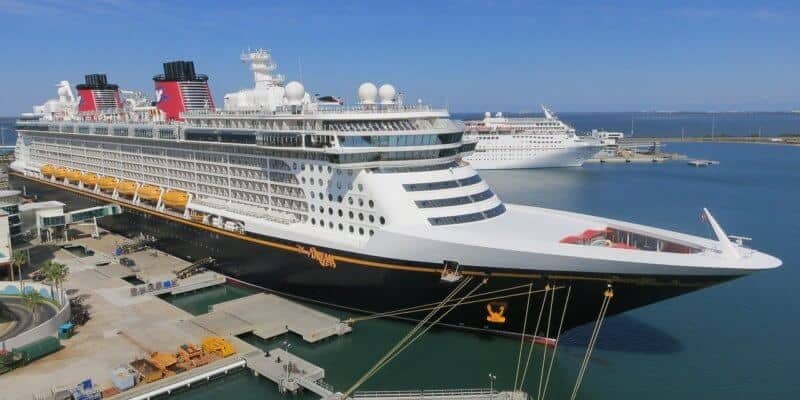 Major upgrades to Disney Cruise Line’s terminal at Port Canaveral have just been cleared to set sails as port commissioners have officially selected the companies that will oversee the project.

PCL Construction Services Inc. of Orlando and Heard Construction of Merritt Island were chosen for the project and Canaveral Port Authority Secretary/Treasurer Bob Harvey says this is a “significant development” in the project. As part of this now approved plan, upgrades will come to Disney’s Cruise Terminal 8 and nearby Cruise Terminal 10, which will be used by Disney and other Cruise Lines.

“This is great news for everybody in the area,” Harvey said, as it will lead to an expansion of Disney Cruise Line’s presence on the Space Coast.

As we previously reported, as part of a 20-year deal with the port that was signed in May, Disney will increase the number of cruises it guarantees will sail from Port Canaveral. Its current guarantee is 150 cruises a year. That total will increase to 180 a year in 2023, then to 216 a year in 2024 and beyond.

In May, DCL announced that it was adding a third ship to its year-round Port Canaveral-based fleet of two cruise ships, as part of the 20-year agreement. Under the deal with the port, Disney will have three ships based at Port Canaveral–two ships that will be constructed, plus one of its existing ships.

As we previously reported, Disney is currently constructing three more cruise ships to add to its fleet, all of which will be bigger than the current ships. The three massive new ships are estimated to be completed in 2021, 2022, and 2023, respectively, and with new ships comes even more cruises available, including dozens of more opportunities to cruise out of Port Canaveral.

“We’re excited that we can start moving forward with this project,” Port Canaveral Chief Executive Officer John Murray after the Port Authority’s action on Wednesday.

The project is scheduled for completion in the second quarter of 2021.

What are your thoughts on this exciting project getting underway at Port Canaveral that will allow for even more Disney Cruise Line ships to cruise year-round out of the port? Let us know in the comments below!