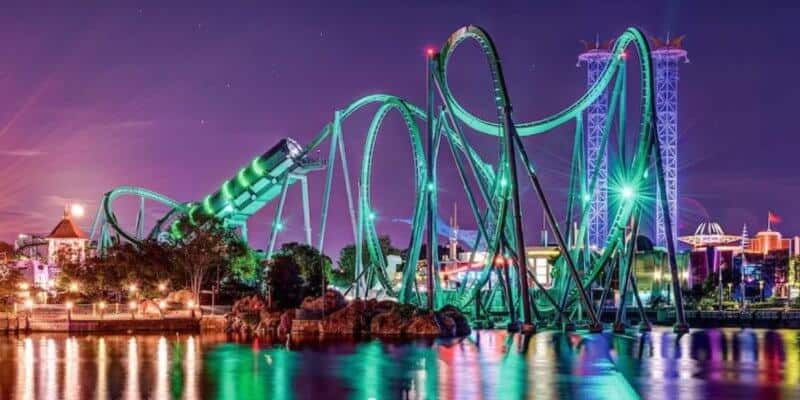 When IOA opened May 1999, adventure seekers were able to enjoy 6 themed islands of entertainment:

*Hogsmeade Village was carved out of the Lost Continent in 2008.  In June 2019, a brand-new thrill ride joins the magic in this Wizarding World realm. 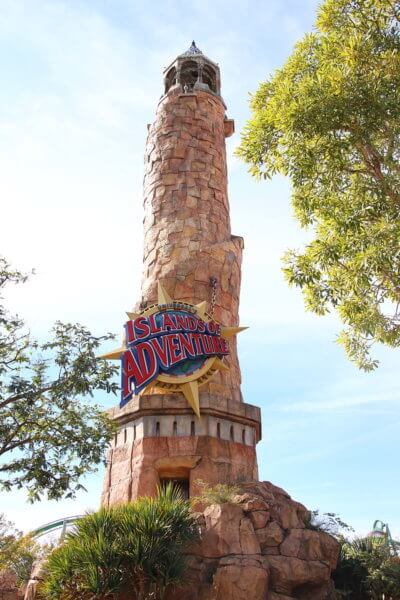 While most of the original rides remain, a few have made way for new adventures. Dueling Dragons, for example, vanished to make way for Hagrid’s Magical Creatures Motorbike Adventure. Unfortunately, Island Skipper Tours, however, did not receive an update. The waterway transportation between islands dried up in 2001. In 2012, Triceratops encounter, at Jurassic Park, became permanently extinct. Sunt show, “Eighth Voyage of Sinbad,” sailed away in September 2018. 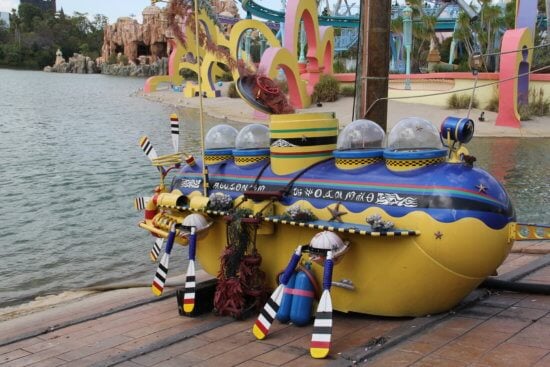 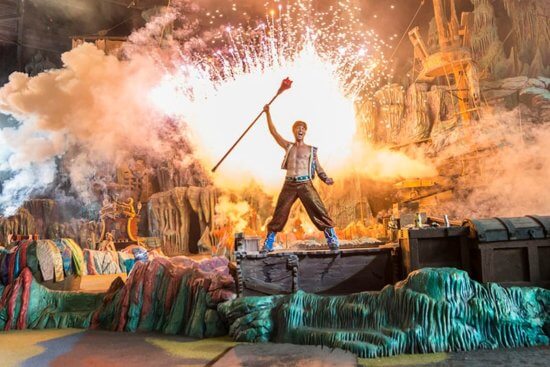 Enchanted Oak restaurant and children’s ride Flying Unicorn evolved into Three Broomsticks and Flight of the Hippogriff when the Wizarding World Harry Potter apparated, taking over most of the lost continent in 2010. 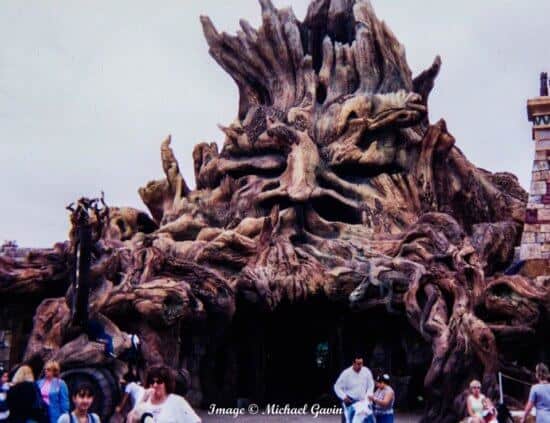 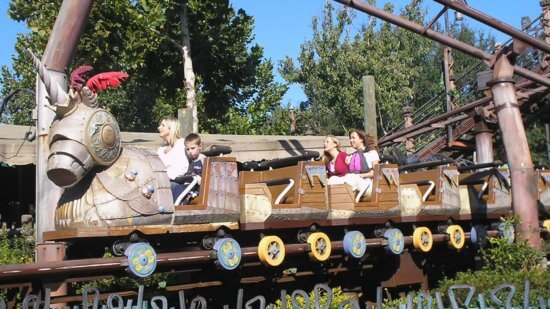 Other additions to the 20-year-old Island of Adventure theme park include Storm Force Accelerator, Harry Potter and the Forbidden Journey and Skull Island: Reign of Kong. 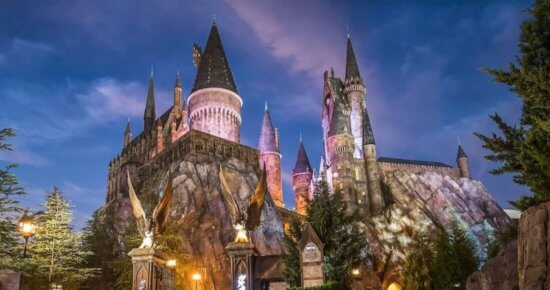 CityWalk: Gateway to both parks at Universal Orlando Resort

In addition to a brand-new theme park opening, Universal Orlando Resort created its own answer to Pleasure Island called CityWalk. Stocked with restaurants like Bubba Gump, Hard Rock Café, Margaritaville and Emeril’s, CityWalk was anchored by a 20 Screen movie theater. Hard Rock also serves as a big-name concert venue to CityWalk. Universal Studio Store, Endangered Species Store, along with a handful of other retailers, offered shopping opportunities. A series of nightclubs offered after hours entertainment. 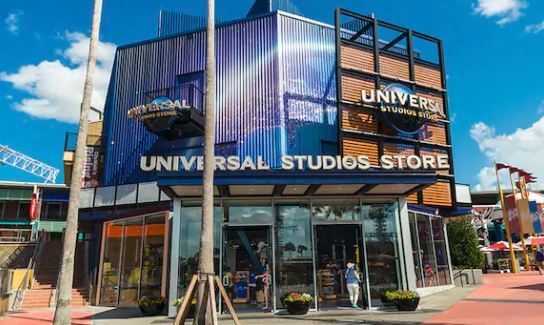 Ideally, CityWalk has served as the entry point where most guests make their way into Universal Florida or Islands of Adventure theme parks. Two massive parking garages funnel arrivals into the entertainment area. The hub connecting CityWalk and the two garages serve as a security checkpoint for those entering. 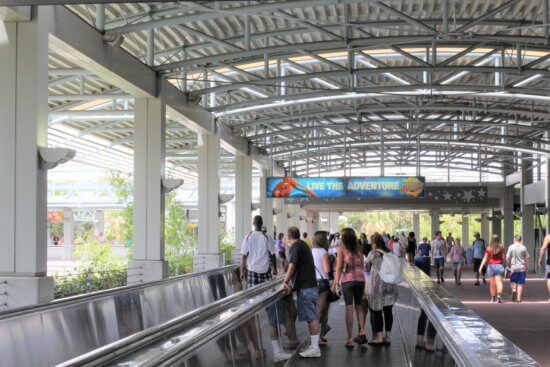 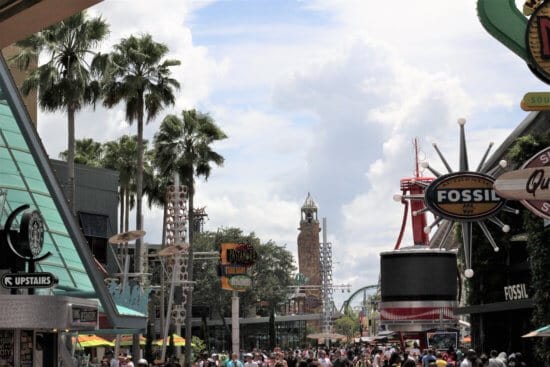 Over the years, Hollywood Drive-In Mini Golf and a host of new restaurants turned CityWalk into a must-visit entertainment district of its own. Voo-Doo Doughnut, Antojitos, VIVO and CowFish are just a few of the newer taste bud tempting treasures. Blue Man Group began thrilling audiences as they took over the former home of Nickelodeon Studios in the summer of 2007. Steampunk themed Toothsome Chocolate Emporium and Savory Feast Kitchen landed next door to Islands of adventure;  NBC sports grill stands as a dining option next to Universal Studios Florida park gates. 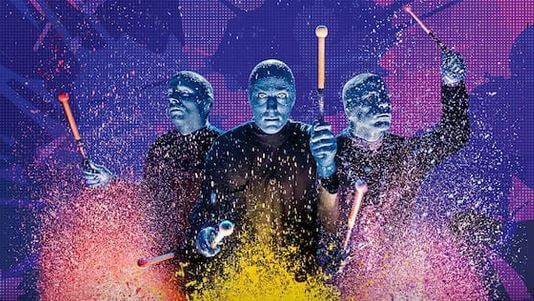 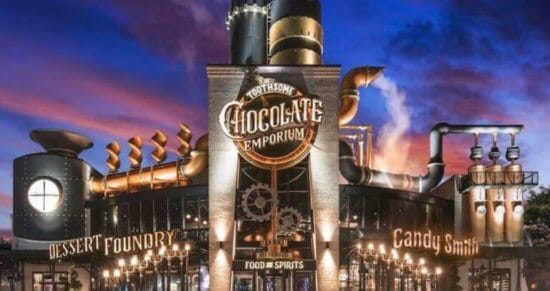 As CityWalk and Islands of Adventure enjoy two decades of operation, new and exciting adventures continue to evolve. Bigfire will be taking over the former Emeril’s restaurant location in City Walk. Over at Islands of Adventure, construction work continues in Jurassic Park on what is rumored to be a yet-to-be-announced roller coaster. If the past twenty years is any example, Universal Orlando Resort will continue to amaze visitors at both of these parks and beyond. 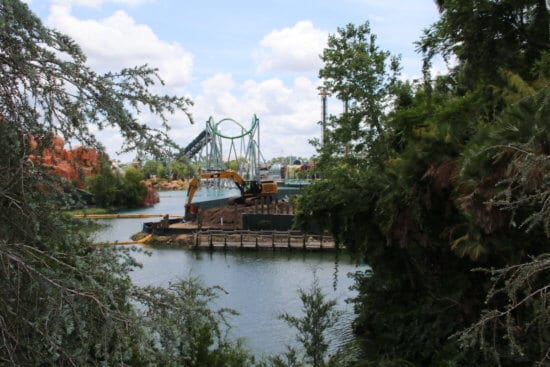 What is your favorite experience at Islands of Adventure or CityWalk at Universal Orlando Resort?