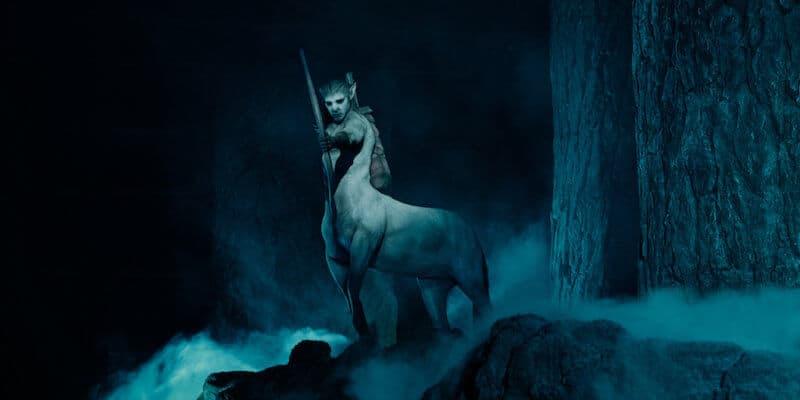 Earlier this week, we got a look at some of the creatures featured on Hagrid’s Magical Creatures Motorbike Adventure, including Fluffy, the three-headed dog, and Cornish pixies. Now, Universal Orlando Resort is providing a peek at another magical species guests will encounter on the new attraction: Centaurs.

Centaurs made their first appearance in the “Harry Potter” films during “Harry Potter and the Sorcerer’s Stone,” when Harry had detention in the Forbidden Forest. These magical creatures have a human head, torso, and arms joined to a horse’s body. “According to “Fantastic Beasts and Where to Find Them,” these forest-dwelling beings usually live in herds of between 10 and 50 and are well-versed in magical healing, divination, archery and astronomy,” says Universal.

On Hagrid’s Magical Creatures Motorbike Adventure, keep an eye out for this Centaur as you travel through the Forbidden Forest. This majestic creature stands at an imposing 8 feet tall!

Universal Orlando Resort will reveal one more creature joining the attraction, and this one has never been seen in the films. Check back tomorrow for the final creature reveal!