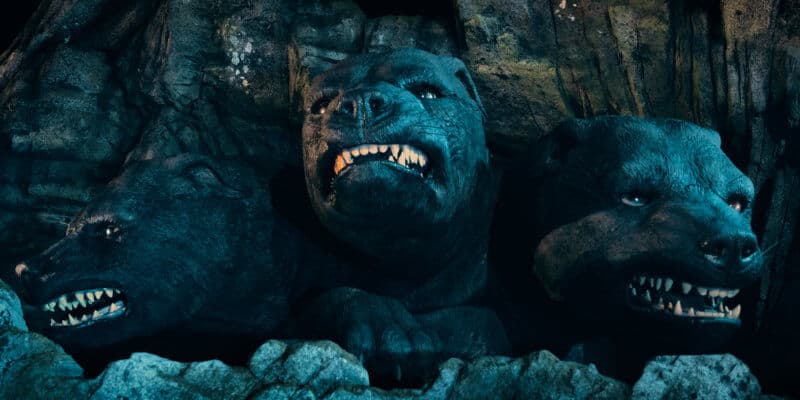 “Harry Potter” fans are eagerly awaiting the opening of Hagrid’s Magical Creatures Motorbike Adventure, a new attraction coming to Universal Orlando Resort this summer. This week, the park is offering a first look at some of the magical creatures joining the ride, starting with Fluffy, the three-headed dog.

When the new attraction opens at The Wizarding World of Harry Potter on June 13, it will bring guests on an immersive, highly-themed coaster journey with Hagrid through the Forbidden Forest. Here’s how Universal Orlando describes the experience:

One of the creatures featured on the ride is Fluffy, the trusted three-headed guard dog of the Sorcerer’s Stone. During the ride, you’ll encounter Fluffy deep within the Forbidden Forest, but remember, this menacing creature has a weakness — he falls asleep at the sound of music.

Fans of the “Harry Potter” movies will recall seeing the intimidating guard dog in his first and only appearance during “Harry Potter and the Sorcerer’s Stone.” The dog belongs to Hagrid, who adopted him from a “Greek chappie” he met at a pub. According to experts on Pottermore, Fluffy was inspired by Cerberus, the dog that guards the gates of the Underworld in Greek mythology. Just like Fluffy, Cerberus falls asleep to the sound of music.

Universal Orlando says the attraction’s version of Fluffy weighs 8,000 lbs., which is roughly the size of two standard Muggle cars. Guests can encounter Fluffy in real life when the new ride opens on June 13, 2019, at Univeral’s Islands of Adventure.

Stay tuned for more creature reveals from Universal Orlando this week, including one that’s never been seen in the films!