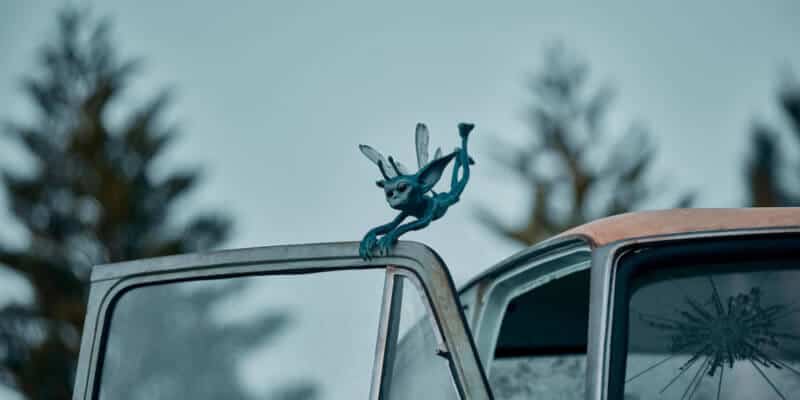 All week long, Universal Orlando Resort is offering a peek at the “Harry Potter” creatures joining Hagrid’s Magical Creatures Motorbike Adventure when the attraction opens this summer. So far, we’ve got a look at Fluffy, the three-headed dog, and now we’re getting a closer look at the mischief-making Cornish pixies.

These troublesome creatures made their first film appearance in “Harry Potter and the Chamber of Secrets” during Gilderoy Lockhart’s Defense Against the Dark Arts class. The electric blue pixies love wreaking havoc and have been known to pick up humans and leave them on the top of tall buildings and trees.

“In Hagrid’s Magical Creatures Motorbike Adventure, you’ll see these troublesome creatures wreaking havoc on an infamous blue car… and in places you may not expect. They’re about 13 inches tall and you’ll find more than 20 pixies throughout your adventure. Happy hunting!” says Universal Orlando.

Fans can see Cornish pixies, Fluffy, and more magical creatures on the new attraction in just a few months.

Stay tuned for more creature reveals from Universal Orlando this week, including one that’s never been seen in the films!