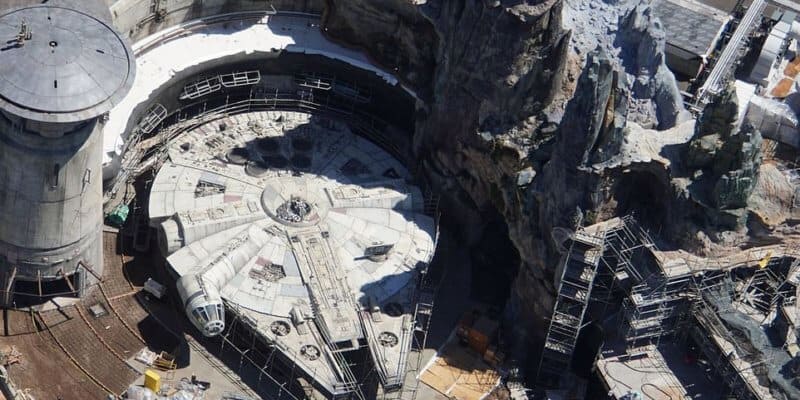 The opening of Star Wars: Galaxy’s Edge is only about a month away at Disneyland. However, Walt Disney World still has a few months to go. But judging by these new images, it looks like Disney’s Hollywood Studios doesn’t have too much construction left!

Recently, Star Wars: Galaxy’s Edge has been the talk of the theme park world ever since news broke that reservation booking for first-day access to the new land at Disneyland will become available in only the next few days. Naturally, as one land moves so close to opening, it leaves us wondering how Walt Disney World’s version of the land is coming along. Well, with these new images, you can take a look with your own eyes!

In this new photoset, it’s easy to see that the majority of the land’s buildings are almost fully complete. For some, it might be safe to say that they could have already been finished.

Looking below, it’s obvious that the groundwork is not fully complete as there are many patches of dirt and debris still visible in the land. It appears that the physical pavement may be one of the last additions to the land.

Currently, the new intergalactic 14-acre land, which reportedly is costing Disney $1 billion to create, is set to be finished August 29. From these images, it looks like Disney is right on track!

Upon opening, the land will feature several restaurants, including Ronto Roasters and Oga’s Cantina, which for Disneyland, will be the first venue to sell alcoholic beverages in the park. Be sure to take a look at the full menu of otherworldly food items coming to the new land here.

What are you most excited to experience at Star Wars: Galaxy’s Edge when it opens to park guests at Walt Disney World on August 29? Let us know in the comments below!