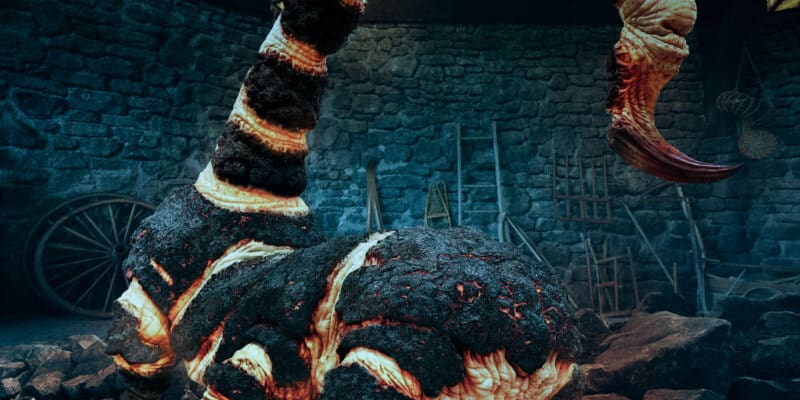 “Described as a cross between a giant scorpion and an elongated crab, this creature was created by Hagrid – one of the most beloved characters in the “Harry Potter” films and the guide of this new experience. During their journey, guests will come face-to-face (or face-to-rear) for the first time ever with the “Blast-Ended Skrewt” and its dangerous ‘blasting end,’ says Universal.

On the ride, the life-like animated figure measures 8 feet long, has a 10-foot tall tail with a massive stinger, and weighs more than 6,000 lbs. It produces a “very powerful and signature odor” and fire ignites from its “blasting end,” so be extra cautious when you encounter this unique creature.

Don’t miss the Blast-Ended Skrewt and other amazing creatures from “Harry Potter” when this new attraction opens at Universal Orlando Resort!