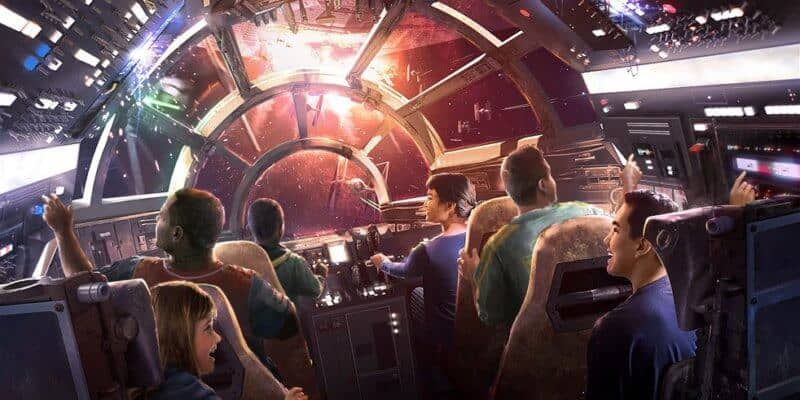 Disney just announced the opening dates for Star Wars: Galaxy’s Edge at Disneyland and Walt Disney World. And with the opening of the largest expansion in park history comes what are expected to be the largest crowds the Disney Parks have ever seen. During the annual shareholder meeting on Thursday, Disney CEO Bob Iger shared that in light of the expectedly overwhelming crowds during the opening of Star Wars: Galaxy’s Edge at both Disneyland and Disney’s Hollywood Studios, The Walt Disney Company is making provisions for children with disabilities to gain special access to the lands.

“We’re making provisions for very, very special access to both of those lands for people with disabilities because we know that they’re going to be incredibly popular when they open, and thus, fairly busy. We want to make sure they’re accessible to some of our most important guests, like children that are in the Make-A-Wish program,” Iger shared.

Neither Iger nor The Walt Disney Company has shared exactly what the special access will entail, so there will be more details to come at a later date. It is also unclear whether children with disabilities who are not involved with the Make-A-Wish Foundation will also have special access. For now, we’re so excited to hear that Disney is continuing to keep guests with disabilities and special circumstances in mind with the opening of this incredible new “Star Wars”-themed land.

The Walt Disney Company has had a longstanding relationship with the Make-A-Wish Foundation, so it’s no surprise that they plan to grant children in the program access to their latest-and-greatest land expansions. The company donates millions of dollars to the foundation every year through the Share Your Ears campaign. And in 2015, Disney and Make-A-Wish celebrated over 100,000 Disney-related wishes granted together.

We can’t wait to learn more about the Star Wars; Galaxy’s Edge special access that will be given to children with disabilities, let alone even more details about what’s to come in anticipation of the grand opening of the new lands on both coasts. For now, we’ll continue to keep our Inside the Magic up to date with the latest Star Wars: Galaxy’s Edge news.

What other provisions do you think Disney should make in anticipation of the large crowds at Star Wars: Galaxy’s Edge? Share your thoughts with us!