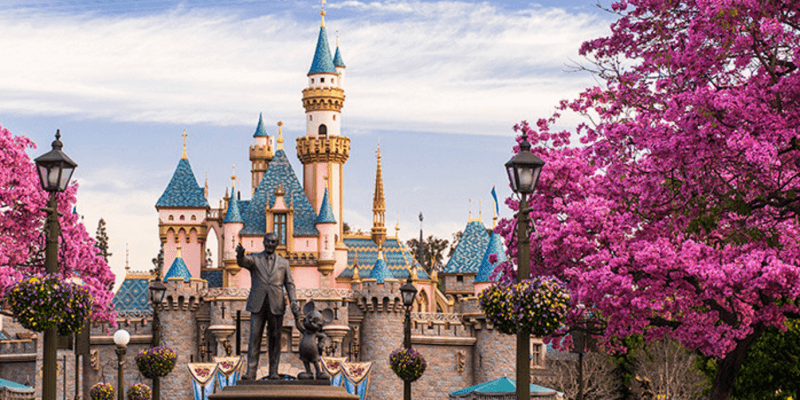 Since 1981, Make-A-Wish and The Walt Disney Company have been granting wishes together to kids and their families from all over the world. This past week, the two companies celebrated the 100,000th Disney-related wish at the Disneyland Resort during a special ceremony. This monumental milestone came with a wish from a seven-year-old boy named Luke.

Luke spent several fun-filled days visiting the parks with his family while sharing magical moments with Lightning McQueen and Mater in Radiator Springs, meeting Anna and Elsa, and enjoying special viewings of World of Color – Celebrate!, the Paint the Night Parade and Disneyland Forever Fireworks Spectacular. Make-A-Wish also shared the story of Luke’s dream to visit Disneyland Resort with his entire family on the giant water screens at Rivers of America.

With the very first wish being granted to then eight-year-old Frank “Bopsy” Salazar in 1981, Make-A-Wish and Disney have since then granted nearly 8,000 wishes. These wishes include experiences at Disney Parks, voyages on Disney Cruise Line, and visits to various TV and movie production sets.

“It’s amazing to think that 35 years ago, Make-A-Wish granted its very first wish at the Disneyland Resort, which sparked a legacy of fulfilling wishes that has captured so many hearts,” said Bob Chapek, chairman of Walt Disney Parks and Resorts. “It’s wonderful to celebrate our 100,000th wish together, and we’re proud to play a role in bringing smiles and laughter to wish children and their families.”