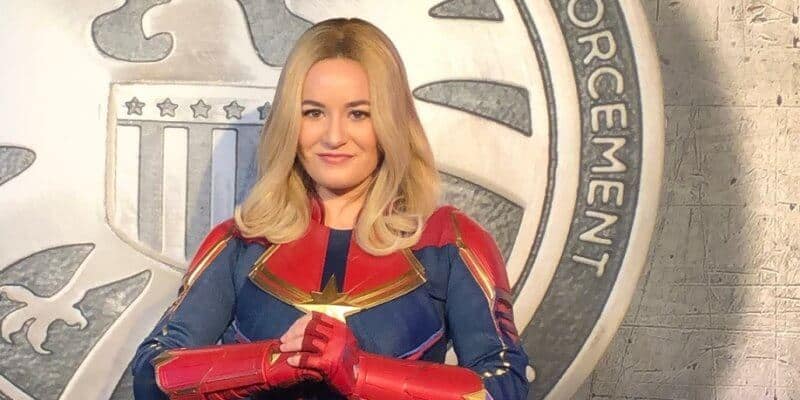 Today we got our first look at Captain Marvel aboard the Disney Magic for Marvel Day at Sea during a special media preview. She will be making her first appearance to the public tomorrow, January 9, 2019, during Marvel Day at Sea. Additionally, you can expect to find her joining the lineup of superheroes at Disney California Adventure and Disneyland Paris soon! 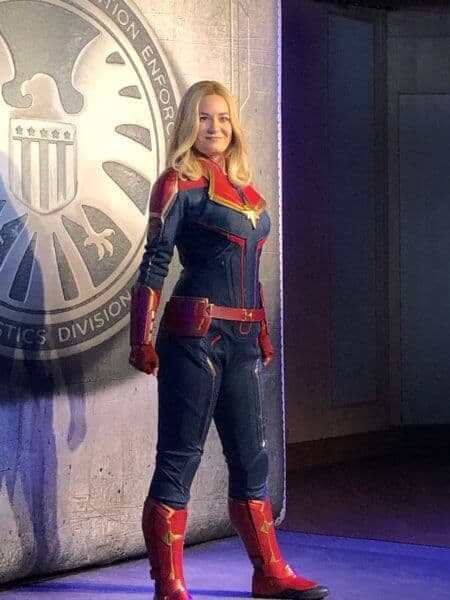 Captain Marvel lands on Disney Cruise Line and at Disney Parks in celebration of her new movie, which opens in theaters on March 8, 2019. Set in the mid-1990s, the film tells the story of Carol Danvers, a former U.S. Air Force fighter pilot and member of the elite Kree military team called Starforce. She returns to Earth with questions about her identity as the planet becomes caught in the center of an intergalactic conflict between two alien worlds. 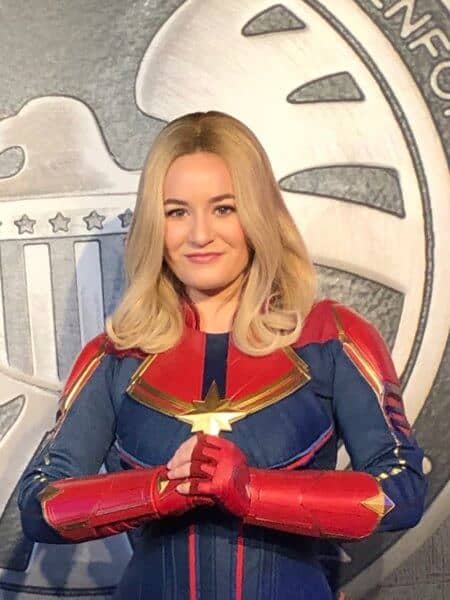 You can watch the first trailer for “Captain Marvel” here, and here’s where you can see her in person:

For a limited time starting in early 2019, Captain Marvel joins other superheroes at Disney California Adventure, including Black Panther the Dora Milaje, Spider-Man, and Captain America.

Disneyland Paris revealed Captain Marvel will visit the park for the first time during Marvel Season of Super Heroes from March 23 to June 16, 2019.

There’s lots of Marvel to look forward to in 2019, so be sure to look for Captain Marvel during Marvel Day at Sea, at Disneyland Paris and Disney California Adventure, and in theaters.