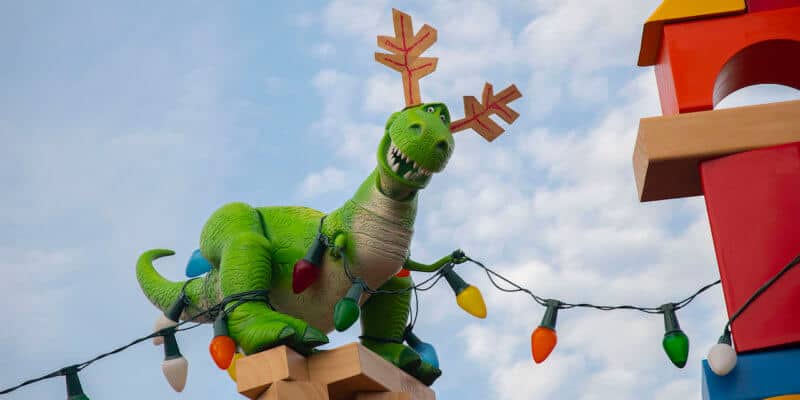 In celebration of the holidays, Toy Story Land at Disney’s Hollywood Studios has decorated Andy’s backyard with special seasonal decor to perfectly match not only the “Toy Story”-themed land, but also the joyous change of the season.

Beginning this morning, guests to Toy Story Land can now take in the sights of the season with all-new holiday decorations themed off of characters from the “Toy Story” films. 2018 marks the first-ever holiday season in the land, making the premiere of these decorations even more special.

Pictured below, Jessie and Rex can always be seen from Toy Story Land’s entrance stringing lights, but in celebration of the holidays, Rex can now be seen sporting festive cardboard antlers. Themed similar to the Fastpass“>Fastpass signs found outside of Slinky Dog Dash, the antler’s cardboard material fit perfectly in theme with the rest of the land. 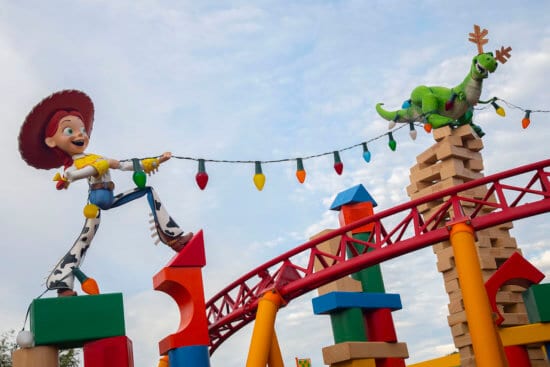 Right outside of Woodys’ Lunch Box, guests can now see an oversized Hamm sugar cookie sporting a Santa hat. For those who remember the “Toy Story” films, Hamm played a wisecracking plastic piggy bank. But starting this holiday season, Hamm has taken on a cheerier mood while celebrating the coming Christmas season. 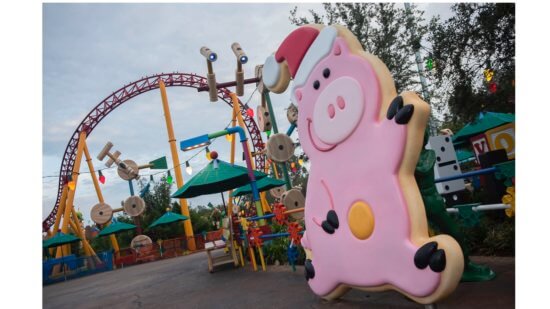 Over at Woody’s Lunch Box, the restaurant now features oversized cranberry-and-popcorn garland. This decoration wasn’t originally featured in the films but it definitely gives a nice seasonal touch to the toy-themed quick service restaurant. 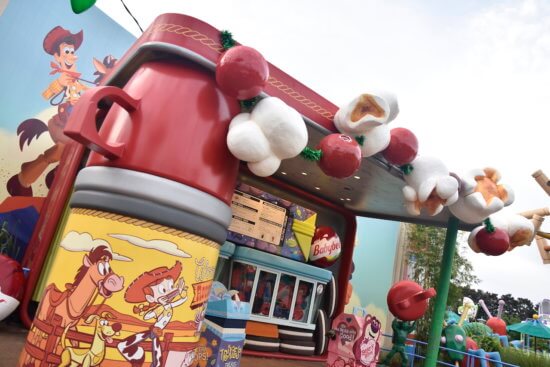 Alien Swirling Saucers is where guests can find holiday decorations from out of this world, including everyone’s favorite Aliens in fun green ornaments. Three of the ornaments feature the hilarious faces of the Aliens and one is colored in a deep red, perfectly fitting for the coming Christmas season. 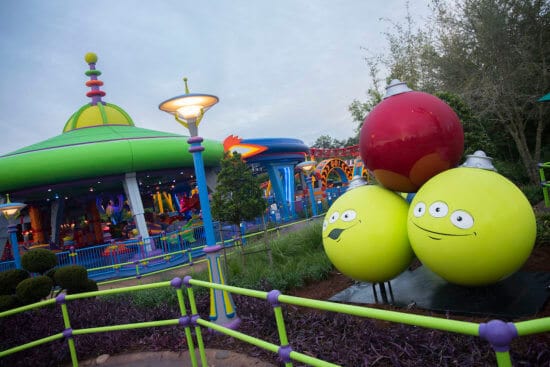 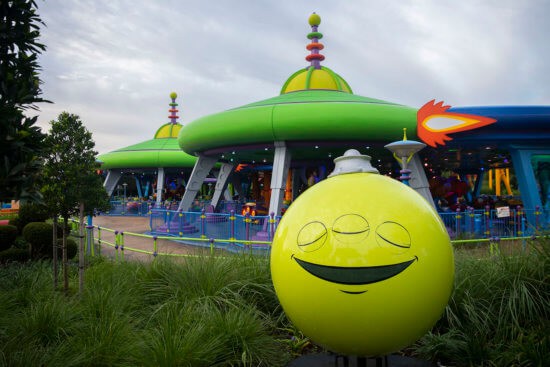 Also starting today, guests to the land can enjoy new holiday audio and music, in addition to sleigh bells ringing on Slinky Dog Dash. Alien Swirling Saucers will also join in on the holiday fun with two holiday tracks and themed lighting.

Are you going to check out these fun holiday decorations the next time you head over to Andy’s backyard? Let us know in the comments below!