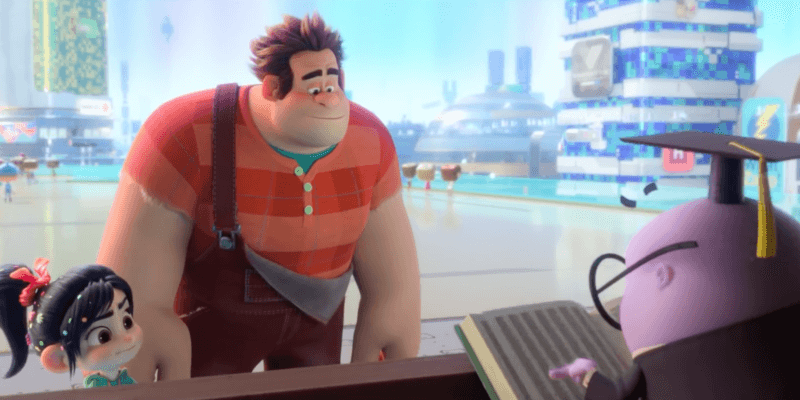 In celebration of Internet Day, Walt Disney Animation Studios has released a brand-new clip from the coming “Ralph Breaks the Internet” film, and a new video featuring Sarah Silverman discussing the special holiday.

Internet Day was first celebrated in 2005 as a way to pay homage to the World Wide Web and its creation. And today, Walt Disney Animation Studios is joining in on this celebration by releasing these two new videos, and a series of other new content released throughout the day. This includes new content from the film’s official Twitter, and an international poster rollout on Disney.com and Oh My Disney. Additionally, today Disney.com is going to get “wrecked” in honor of Ralph, the beloved animated cyber character.

Take a look at the new videos by Walt Disney Animation Studios below.

In the newly released video above, fans get to see a comedic scene featuring the film’s main stars Wreck-it Ralph and Vanellope von Schweetz. In the clip, the two find themselves lost. In an attempt to find their way, the digital pair visits the “Knowsmore” search engine, which leads to a hilarious encounter between Ralph and KnowsMore.

See more from “Ralph Breaks the Internet” with Inside the Magic’s exclusive interviews:

Are you excited for the release of this new film? Let us know in the comments below!

Comments Off on “Ralph Breaks the Internet” celebrates Internet Day