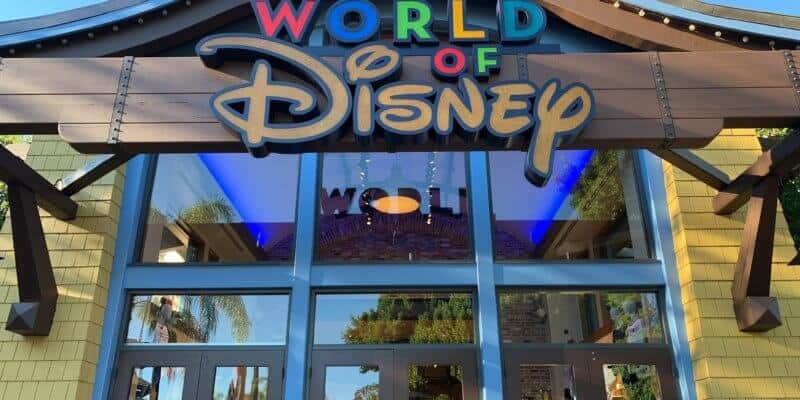 The reimagined World of Disney opens at Downtown Disney at Disneyland Resort and Disney Springs at Walt Disney World Resort this week, providing new magical experiences for guests of all ages to enjoy. While the new space may look more understated and mature than the previous incarnation of World of Disney (cue the mourning of those beloved larger-than-life Disney character statues and brightly-colored walls), Disney officials explained their reasoning behind the reimagination. The new store weaves a story that was previously untold, and just like in the parks, visitors can now find magic at every turn.

To bring a fully immersive and magical feel to the newly reimagined World of Disney, Disney developed an enchanting backstory for the space.

In the new lore brought to life by Disney, it is said that the new backstory starts in the 1930s in the old bus depot of the Grand Californian Hotel and Spa, which created to be a Northern California-inspired hotel. The story goes that back in the day, guests were able to exit the hotel and book a bus tour to visit the sequoias, Napa, and other famous Northern California sites. The World of Disney store contains evidence of its past life as a bus depot. 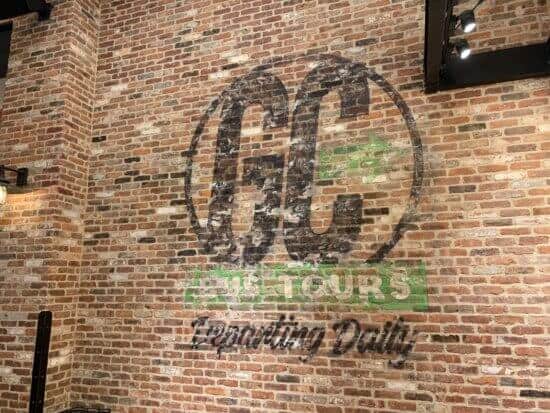 The imagined story details that the bus depot closed down at around the time when Walt Disney was looking for a new space for his animators at Walt Disney Studios to escape from bustling Southern California life, so he found two satellite locations for two new animation studios: one in Disney Springs in Florida and one in Northern California, where Downtown Disney guests are transported when they enter the reimagined World of Disney. The team has imagined that for decades, the Walt Disney Animation team worked out of this space until 1989, the opening date of Disney’s MGM Studios park in Walt Disney World, which featured a fully functioning animation studio. At that time, Disney shut down the two satellite studios and later reopened them as two new World of Disney stores. When construction began on the World of Disney stores, the team uncovered the “true history” of the Downtown Disney space beneath the drywall, including old graphics painted on brick from the bus depot and magical ink and paint jars left behind by the animation team.

While a backstory wasn’t necessary in the reimagining of World of Disney, it is evidence of the attention to detail that truly brings the store to life. The corkboards, enchanted posters, animator desks, and magical elements of the store all showcase different aspects of the backstory that Disney created.

Corkboards displaying photographs of the Walt Disney Studios animators, copies of their sketches, and handwritten notes hang behind several cash registers in the store, allowing guests a glimpse into the life of an animator during the 20th century. Guests can admire these corkboards as they wait in line to purchase their merchandise, but you may want to linger a little while longer than you normally would so you can catch all the little historic details on display. 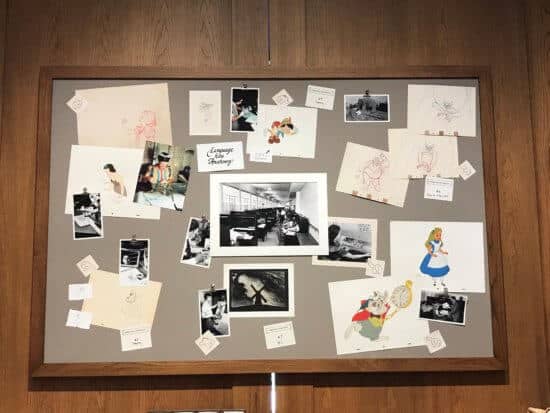 Behind some of the registers are “enchanted posters” that come alive with the new World of Disney store. The posters display posters from films that the Walt Disney Studios animators would have worked on, such as “The Little Mermaid,” “Beauty and the Beast,” and “101 Dalmations.” 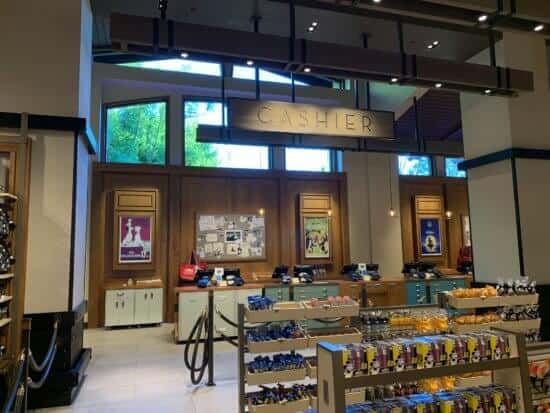 Each register in the reimagined store is inspired by the Kem Weber furniture that Disney animators used. The desks are designed to include copies of sketches drawn by the animators to show guests how a Disney animator’s desk would have actually looked back in the day. The register made to look like Marc Davis’s desk, for example, even includes some of his sketches used in the Imagineering of Disneyland attractions, such as Pirates of the Caribbean, the Haunted Mansion, and Jungle Cruise. The registers also hold supply cabinets that are labeled with everything that the animators would have ever needed while on the job, like storyboard sheets and drawing pads.

Perhaps the most magical element added to the World of Disney store is the fluttering of Tinker Bell. Behind some of the registers in the store are ink and paint jars, which, according to the backstory, were left behind by the animators that previously used the space. Disney weaved a tale that says some pixie dust was left behind by the animators, so every few minutes Tinker Bell comes to life and flies through the jars on the wall, bringing a magical and lively element to the colorful space. Tinker Bell also “wakes up” different works of art on the wall: art displays that guests may think to be paintings are actually animated and come to life whenever Tinker Bell sprinkles her pixie dust on them. The five frames go through cycles and display different animated works of art with one of five themes: romance, dance, silliness, cats and dogs, and flight.

What looks like framed pencil drawings on the walls actually come to life and display quick animation tests. Approximately 24 different pencil tests rotate through, so every guest could see a different sketch as they walk by. Because the animators would have left the artists studio in 1989, Imagineers chose to display artwork from 1989 and earlier, giving the store a historic feel and an appreciation for some classic Disney films. 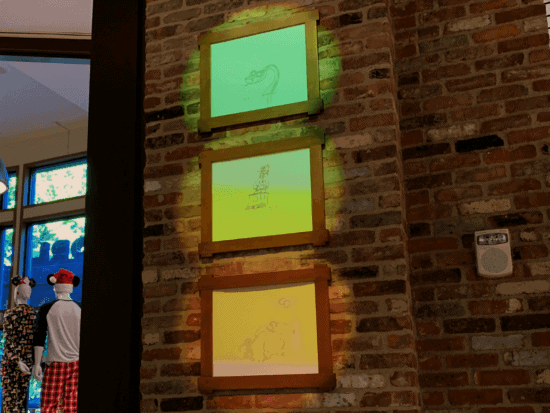 The next time you visit World of Disney at either Downtown Disney or Disney Springs, be sure to ask a cast member for more information about the backstory and magical elements of the store. The cast members working there have plenty of details to share with every guest who visits. 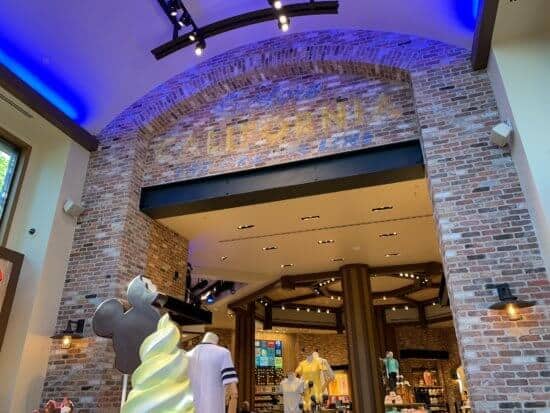 With the enchanting new backstory to World of Disney, the tributes to Disney animators throughout the store, and the magical elements added at every turn, guests can delight in the immersive qualities of Disney Imagineering every time they enter World of Disney. The story may be an entirely new look, but it sure doesn’t lack any magic. Maybe now there is even more magic than ever before.

What do you think of this new look and feel for World of Disney?