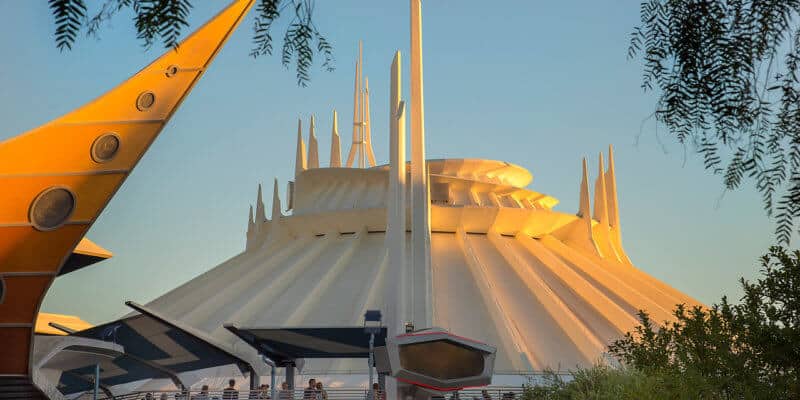 When the average theme Park guest lists off their favorite attractions at Disney Parks, Space Mountain is almost invariably in the top five.  That’s just one of the many reasons why it is so sad to hear about the passing of Walt Disney Imagineer Glenn Durflinger, who served as Project Designer for the original Space Mountain in Magic Kingdom at Walt Disney World and its sister attraction at Disneyland.

Glenn Durflinger also contributed to Disneyland’s New Orleans Square and redesigns of Tomorrowland, Cinderella Castle and Fantasyland in Magic Kingdom, and Big Thunder Mountain Railroad on both coasts. He also served as the Director of Architecture for EPCOT Center and Project Designer for Disney/MGM Studios. In 2006 he received the National Fantasy Fan Club’s Disney Legend award in honor of his storied career.

Very sad to report the passing of WDI architectural designer Glenn Durflinger, left, who gave final form to the original Space Mountains. Glenn cut his teeth on projects like New Orleans Sq & Cinderella Castle. He was quiet, smart & unassuming…much more talented than he let on! pic.twitter.com/Fju4epHJLT

Related : If You Want a Longer Space Mountain Experience, You MUST Do This!

Glenn Wesley Durflinger was born on November 28, 1938, and passed away on August 30, 2018. He will be remembered for his life and contributions to the legacy of Walt Disney Imagineering. His work lives on at Disney theme parks.