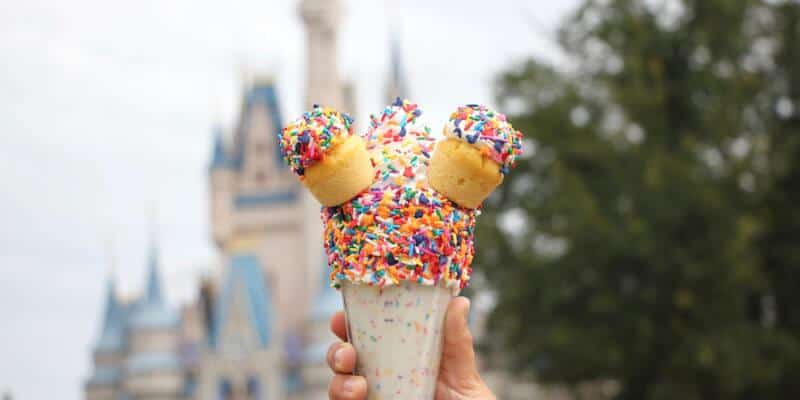 September brought some sweet treats to Walt Disney World, including character-inspired treats, coconut macaroons, tasty slushes, and more! And even though the month might be coming to an end, it’s still not too late to get your hands on these devilishly sweet goods.

Kicking off this sweet journey, let’s start with Magic Kingdom Park’s monthly ice cream and milkshake flavor. For the month of September, Chocolate Chip was the Ice Cream of the Month, which can be found at The Plaza Ice Cream Parlor. This is also where visitors can get their hands on the Birthday Cake Milkshake of the Month, a confetti vanilla milkshake in a sprinkle-rimmed glass topped with whipped cream, more sprinkles, and two mini birthday cake cupcakes.

As for next month, October, guests can look forward to Pumpkin Ice Cream! 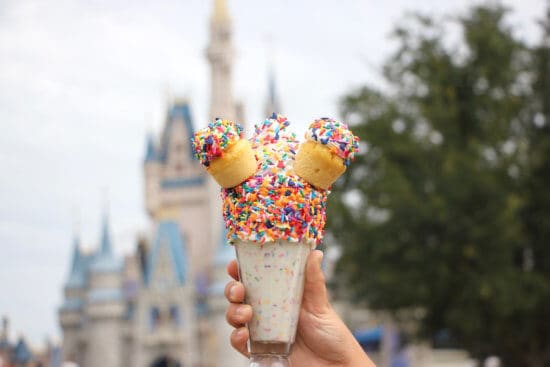 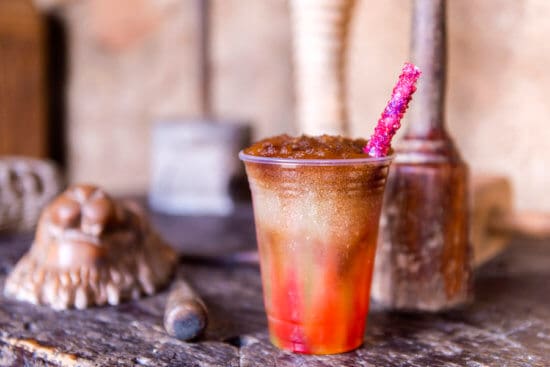 Prince Eric’s Village Market is also where you can get your hands on the new Mermaid Doughnut, a yeast doughnut topped with purple icing, sprinkles and white chocolate treasures from Ariel’s Grotto.

A fall-inspired item that came this September to Disney’s Animal Kingdom is the Apple Cider Donut Holes. Found at Isle of Java, these donuts are drizzled with icing and covered in cinnamon sugar. Served on a skewer, these treats are perfect for guests who are on-the-go and not wasting any of their time in the park! 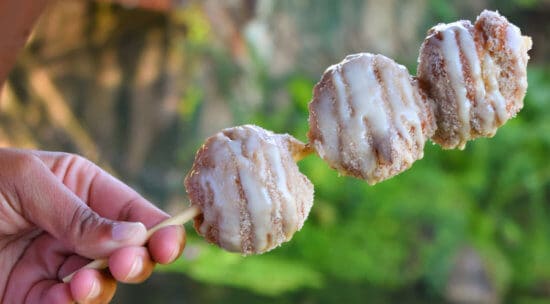 Other September treats that are not to be missed can be found at Disney’s BoardWalk! In the BoardWalk Bakery is where guests can get their hands on the Mermaid Cupcake, a yellow cupcake filled with coconut cream mousse and topped with whipped cream, toasted coconut, a white chocolate mermaid tail, fondant shells, and crispy pearls.

BoardWalk Bakery is also where you can find the new Coconut Macaroons, which are perfect for anyone looking for a big sweet treat as these come jumbo sized!

Over at Intermission Food Court at Disney’s All-Star Music Resort is where visitors can find the Ariel Cupcake, a vanilla cupcake topped with buttercream and filled with white crispy pearls. Make sure to put this sweet at the top of your list as it is only available through September!

But, if you’re feeling evil, maybe wait till October when the Maleficent Cupcake takes its place. This cupcake is chocolate and filled with spiced chocolate and topped with vanilla buttercream and chocolate horns.

Over at The Artist’s Palette at Disney’s Saratoga Springs Resort & Spa is The Chosen One dessert, which features green apple mousse with a caramel center. This dessert will be available until the end of November. 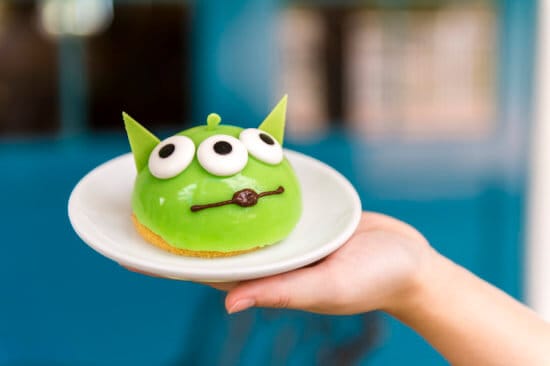 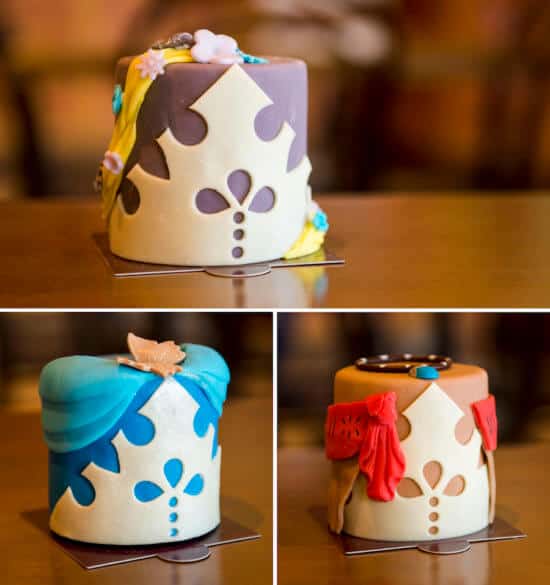 Each cake is made with dark chocolate mousse, raspberry mousse, and white chocolate crispy pearls.

Kringla Bakeri Og Kafe at Epcot is where visitors can find School Bread and Cinnamon Pretzel. Newly reopened, this bakery offers a variety of snacks, including these two sweets which are sure to satisfy any foodie’s sweet tooth.

Some of this bakery’s other sweets include Rice Cream (rice pudding with strawberry sauce), Lefse (soft flatbread rolled with cinnamon, sugar, and butter), Berry Cream Puffs, and more.

If you’re a fan of Disney’s “Frozen,” this bakery is also where you can get your hands on a treat inspired by Princess Anna. Anna’s Birthday Cake is a chocolate mousse-filled cupcake with chocolate buttercream icing!

For more information on all of these toothsome treats, be sure to check out the official Walt Disney World website.