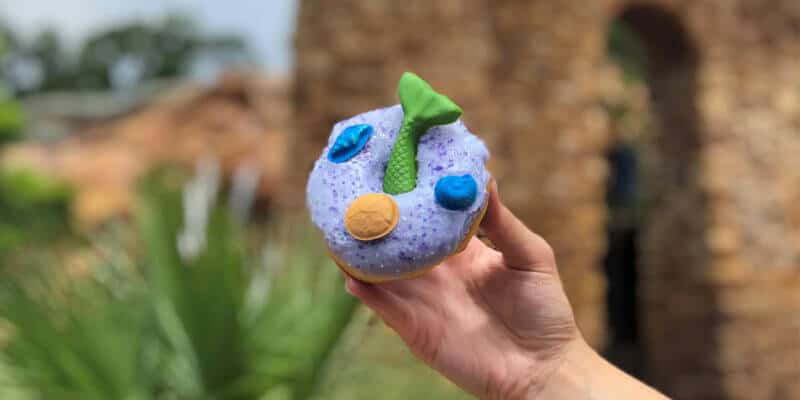 A new Little Mermaid-inspired Donut is the newest treasure at Ariel’s Grotto, located in Fantasyland at Walt Disney World.

Recently, a Mermaid Cupcake became available at Main Street Bakery in Magic Kingdom Park. Now, the new Mermaid Donut has arrived at Ariel’s Grotto. The tasty treat is covered in purple icing with sprinkles and decorated with white chocolate shells and a sand dollar. A mermaid’s green tail is captured mid-splash in the center of the donut. 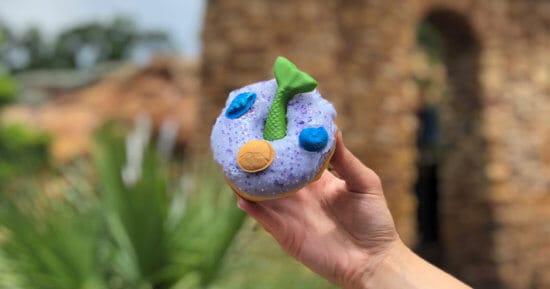 This delectable dessert will also be available at Prince Eric’s Village Market in Fantasyland starting on Sunday, August 19.

Have you tried the new Little Mermaid-inspired Donut at Walt Disney World? Let us know in the comments below!