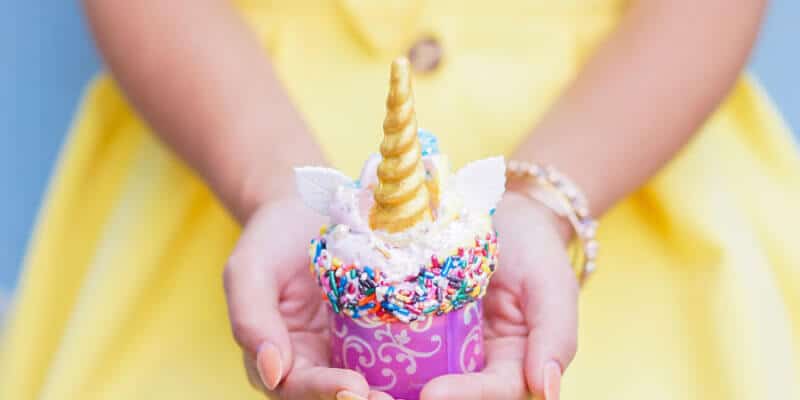 From unicorn and mermaid-themed cupcakes to Crisped Rice Treats with tiny iridescent headbands, there are plenty of sparkly desserts to choose from. On your next visit to the parks, look for these sweet treats at the following locations: 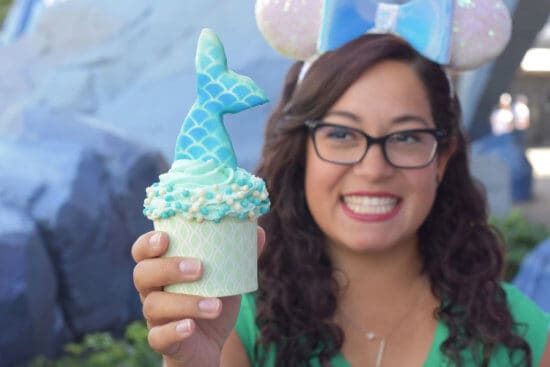 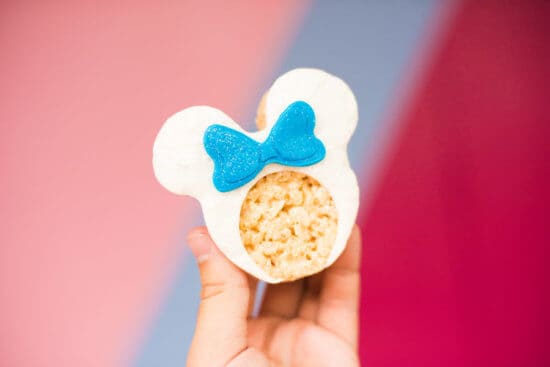 This Crisped Rice Treat gets its very own iridescent headband and looks almost too cute to eat. You can find this treat at Fountain View by Spaceship Earth. 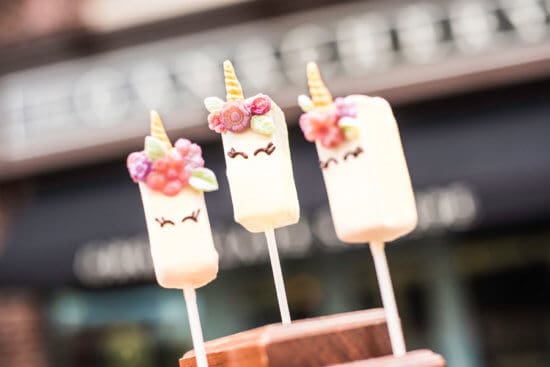 This whimsical Unicorn Ganache Pop is sold at The Ganachery. It’s a strawberry lemon ganache pop covered in iridescent pink chocolate with a happy unicorn face. 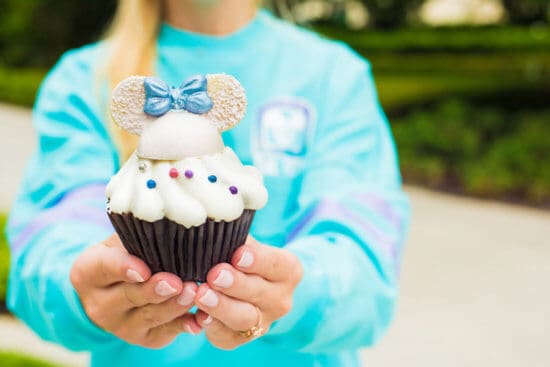 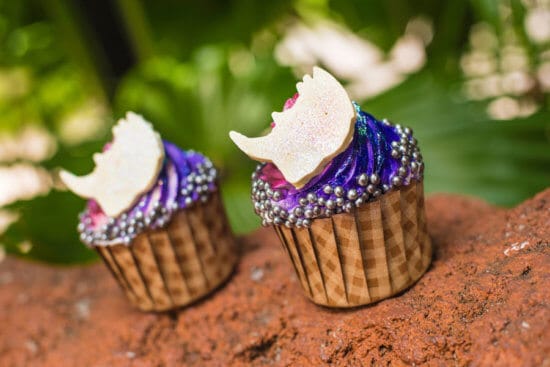 This vibrant Iridescent Rhino Cupcake is located at The Mara. The sweet treat includes a decadent caramel filling. 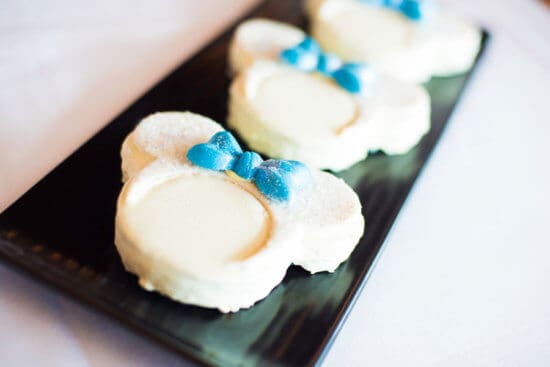 This Rainbow Cookies ‘n Cream Blondie is found at Beach Club Marketplace and The Market at Ale & Compass. Bite into the white chocolate-covered blondie to find chocolate cookie chunks and rainbow sprinkles inside! The cute cookie is topped off with a fondant and chocolate ears. 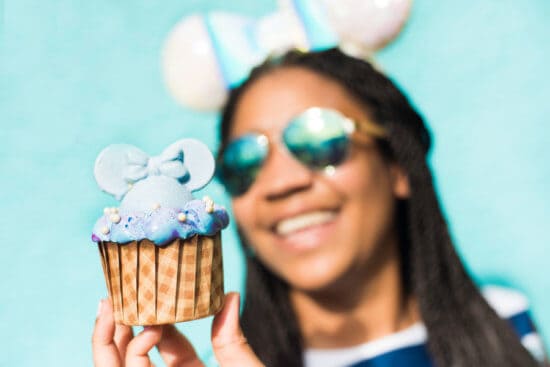 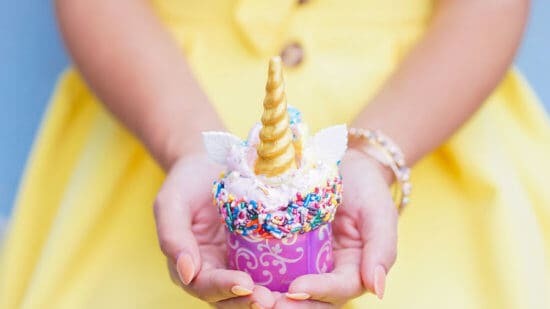 Disneyland Resort has its own fantastic version of the Iridescent Cupcake. The confetti and passion fruit cupcake is filled with mango and passion fruit and topped with a tri-color white chocolate Champagne mousse. Find this lovely treat at Jolly Holiday Bakery Café at Disneyland Park; Fiddler, Fifer, and Practical Café and Clarabelle’s Hand-Scooped Ice Cream at Disney California Adventure; and The Coffee House at the Disneyland Hotel.

Which one of these iridescent desserts will you be sampling on your next trip to Disney Parks?