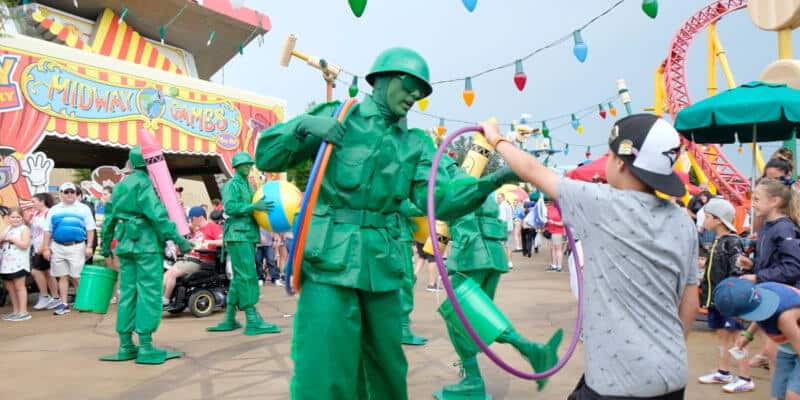 Based on Disney/Pixar’s iconic “Toy Story” franchise, this new land creates an environment inspired by the popular films and utilizes its instantly-recognizable characters to create live shows that further bring these beloved stories to life. Of the many well-liked characters in the “Toy Story” movies, the Green Army Men take center stage in the land’s entertainment experiences.

Green Army Patrol Boot Camp is one of two new shows that visitors can experience at Toy Story Land. As you might have guessed, the show is performed entirely by Green Army Men. But, what is so special about this particular experience is its high level of interactivity with park guests.

This show takes place across all of Toy Story Land at times throughout the day and is completely driven by crowd engagement. The show starts with the Green Army Men walking out into the land, immediately stopping to interact with guests. 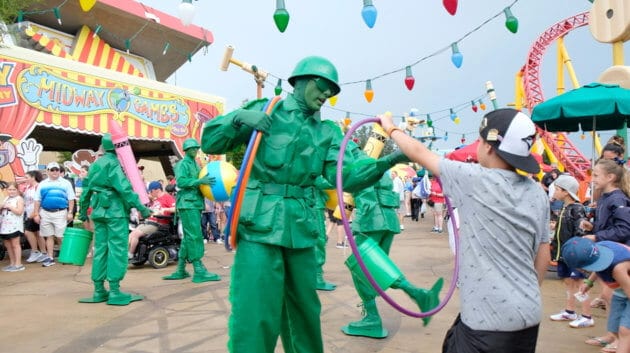 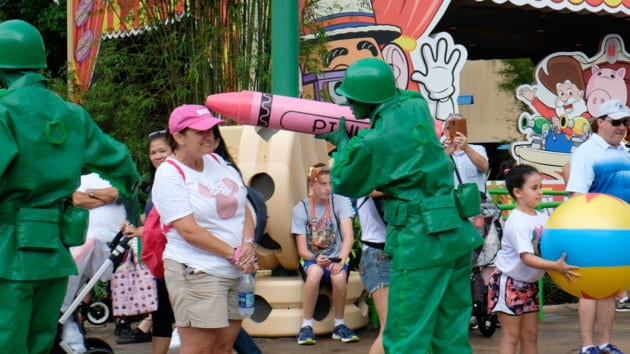 Some of this interaction includes the Green Army Men passing out hula-hoops and large crayons for guests to play with. Other Army Men can be seen playing catch with guests using inflatable Luxo balls and posing for selfies.

The real show begins when the men finally arrive outside of Alien Swirling Saucers, where they take formation. The lead lieutenant lines up the men, who then find guests from the crowd to take part in comedic drills, games, and challenges. 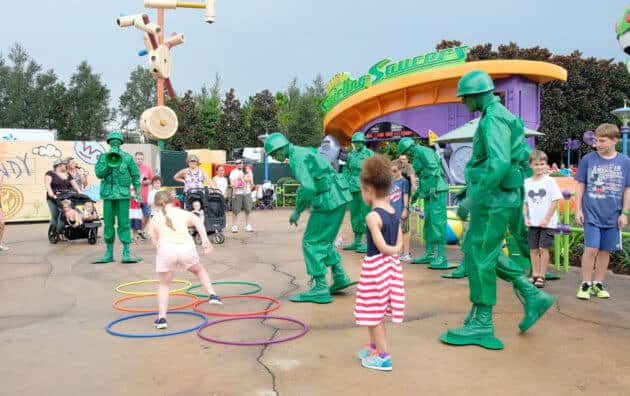 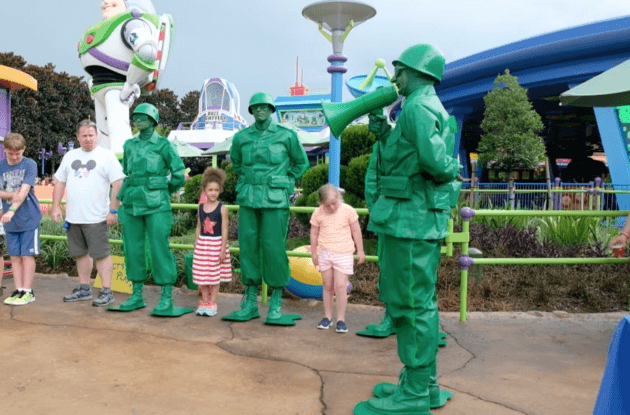 To see the full show, check out the video below. 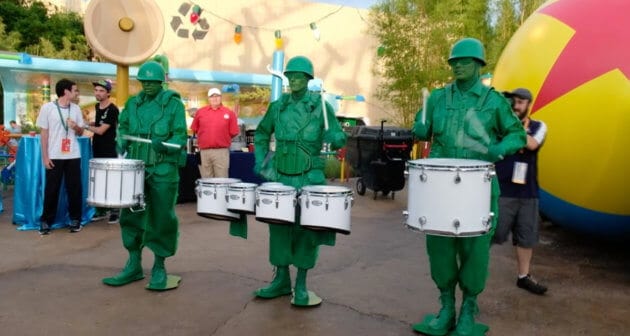 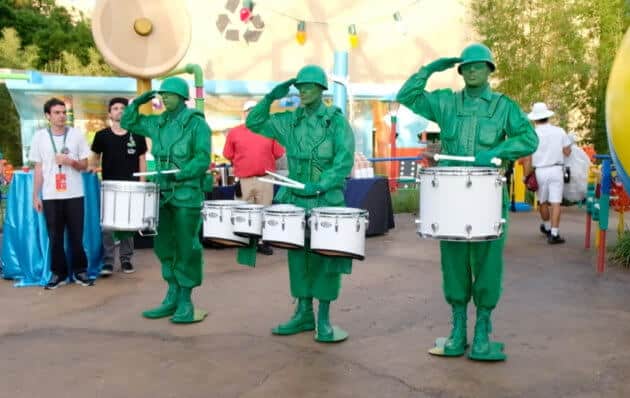 During this show the Green Army Men march from the front of the land to the back while beating their drums through the crowd. When they finally come to a stop they perform a few walking drum routines before calling on audience members to help them play their drums. It also includes silly jokes and funny banter between park guests and the Army Men. 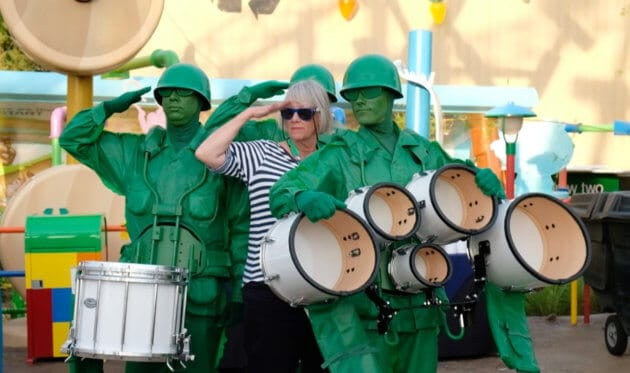 To see the experience for yourself, be sure to check out the video below.

If you happen to miss either of the shows above, fear not as the Green Army Men will walk continuously throughout the land during the day in-between either show. The characters can also be seen interacting with guests in both the Alien Swirling Saucers and the Slinky Dog Dash queues as well. 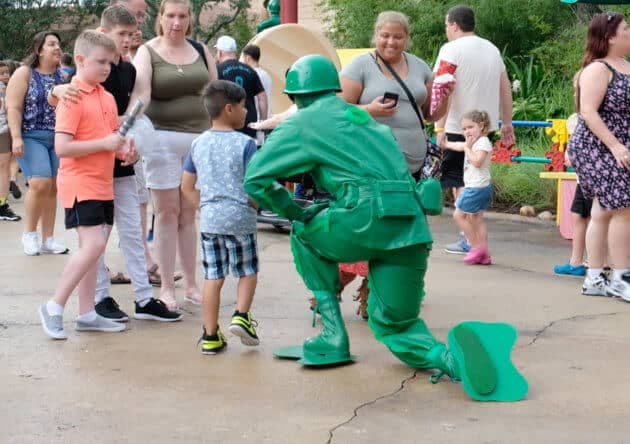 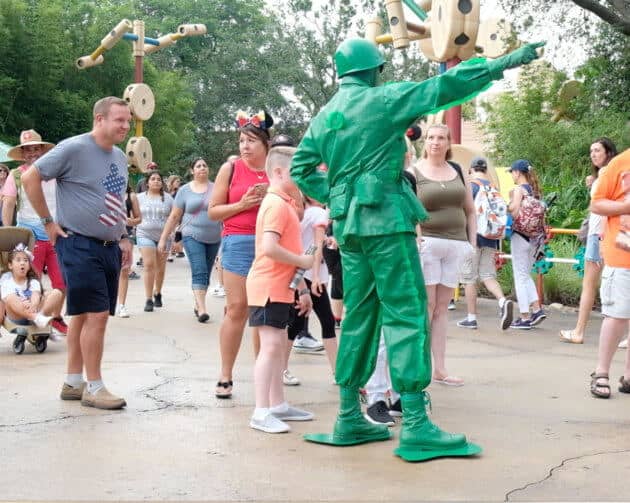 Additionally, everyone’s favorite “Toy Story” characters Woody, Jessie and Buzz will all be available for meet and greets in the land. Buzz can be found outside of Toy Story Mania! and Jessie and Woody can be found closer to the entrance of Slinky Dog Dash. 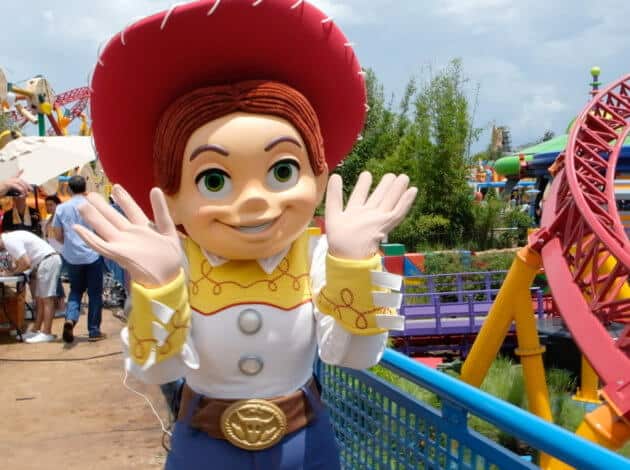 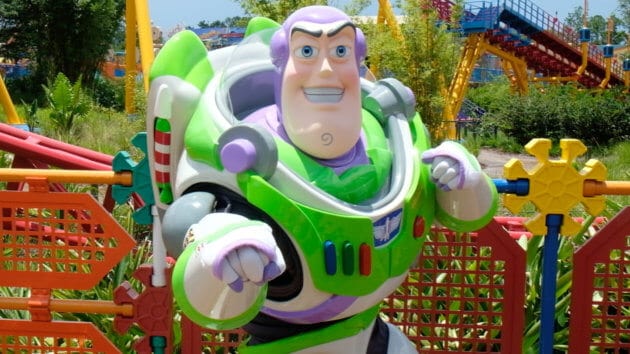 For more information about Toy Story Land, be sure to explore ITM’s previous coverage or refer to the official Walt Disney World website.