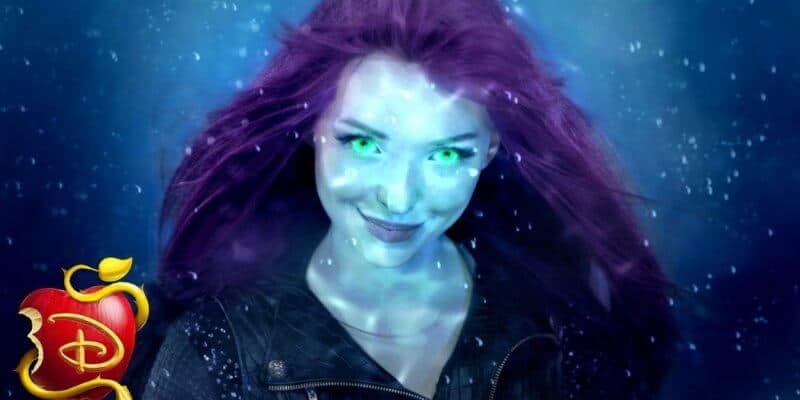 On Friday, September 28, Disney Channel will air the new ten-minute unique “Under the Sea: A Descendants Short Story” during a “Descendants” marathon, and this new trailer teases the face-off between Mal (Dove Cameron) and Uma (China Anne McClain).

“Under the Sea: A Descendants Short Story,” tells the story of an underwater confrontation between Mal and Uma, daughters of two of the scariest Disney Villains, Maleficent and Ursula. See Mal approach Uma’s underwater lair in the trailer below as a battle between the two characters begins.

WATCH – UNDER THE SEA: A DESCENDANTS SHORT STORY TRAILER:

Related : Dive Under The Sea and Dine With Marine Life At This Disney World Restaurant

The wildly popular “Descendants” franchise premiered in 2015 with a Disney Channel Original Movie directed by Kenny Ortega (“Hocus Pocus”). “Descendants 2” followed in 2017, with a third film arriving next year. The musical movies center on the teenage children of Disney Villains.