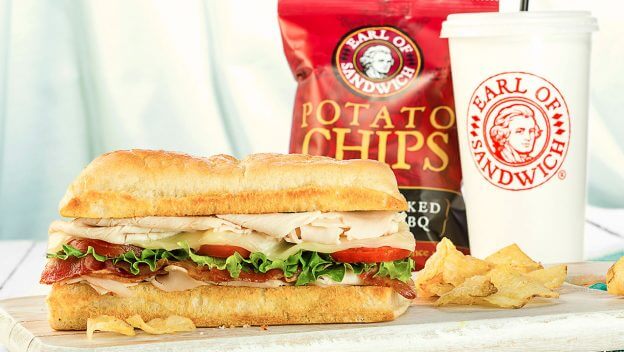 Earl of Sandwich, the guest-favorite eatery that closed earlier this year at Disneyland Resort, is returning for a limited time.

The popular sandwich shop will be “returning soon” to its original location at Downtown Disney District, according to Disney. It’s unclear exactly when it will re-open and how long it will remain in operation before closing again.

In June, Earl of Sandwich closed along with ESPN Zone, Rainforest Cafe, and AMC Theatres to make way for a new luxury Disneyland Resort hotel scheduled to open in 2021. However, plans for the hotel are now on hold following a dispute between Disney and the city of Anaheim over a $267 million tax subsidy. Recently, the Anaheim City Council voted to end the subsidy promised to Disneyland Resort upon completion of the hotel, meaning Disney will no longer receive the tax benefit if and when the hotel is built.

The temporary return of Earl of Sandwich will surely be welcomed by Disneyland Resort guests, especially since dining options are further limited right now due to refurbishments at Tangaroa Terrace at the nearby Disneyland Hotel.

Soon, Downtown Disney District will also welcome a Salt & Straw ice cream shop, the first Orange County location for Ballast Point brewery, and Black Tap Craft Burgers & Shakes. “In the coming weeks, we will also celebrate the reimagined World of Disney store and the newly-renovated Naples Ristorante e Pizzeria – both of which are still open during renovations,” says Disney.

Stay tuned for more information on the temporary re-opening of Earl of Sandwich at Downtown Disney District.