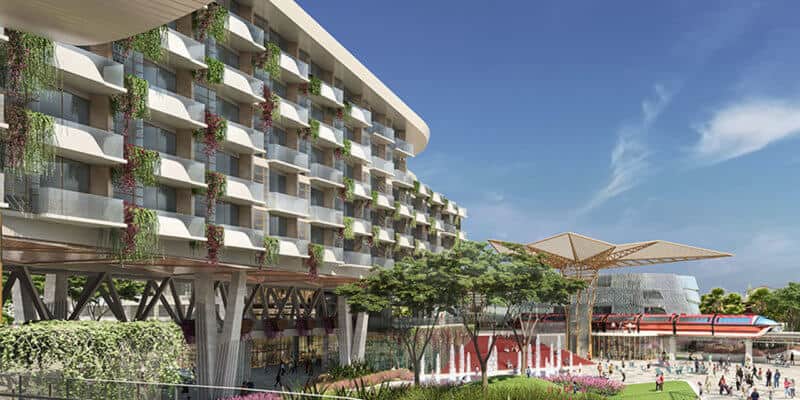 Last year, Disneyland Resort announced a new 700-room luxury hotel for the Downtown Disney District, set to open in 2021. Now, due to a dispute over tax subsidies, plans for the hotel are on hold.

According to the LA Times, the issue centers on a $267 million tax break approved in 2016 by the Anaheim City Council. When the city council approved the tax break, the new hotel was to be located at 1401 Disneyland Way, on the north end of Disney’s property. Later, Disney moved the proposed location to a larger site at 1601 Disneyland Way, within the Downtown Disney District.

“Because this proposed site is inconsistent with the site intended in the agreement, it is the city’s position that Disney would not be entitled to the tax rebate were it to move forward under its current hotel construction plan,” says a letter from Robert Fabela, Anaheim City Attorney.

In a letter to Fabela, David Ontko, chief counsel for Disneyland Resorts, said, “You have given us no other choice than to put construction of the hotel on indefinite hold as the resort reevaluates the economic viability of future hotel development in Anaheim.”

In preparation for construction of the new hotel, Disneyland Resort has already closed Earl of Sandwich, Rainforest Cafe, ESPN Zone, and the AMC Theatre in Downtown Disney District. Now, this dispute could delay the scheduled opening of the new hotel in 2021.

Moving forward, though it seems unlikely, Disney could choose to pay for the luxury hotel without the tax break. “It’s a matter of law, and legally the city cannot pay the subsidy because it’s a fundamentally different project,” said Anaheim Mayor Tom Tait. “If Disney wants to build a luxury hotel they should build it with their own money.”

Otherwise, the Anaheim City Council has the option to amend the 2016 tax subsidy or approve a new tax break for the hotel at its new location.