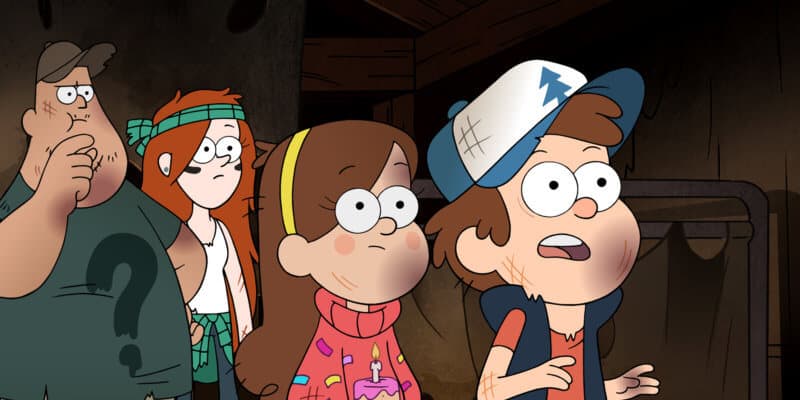 Of the countless hours of content generated by Disney Television Animation over the past decade, the irreverent Disney Channel mystery-comedy series “Gravity Falls” is an undeniable highlight. And now creator Alex Hirsch (former writer for Disney XD’s “Fish Hooks”) has inked an overall deal with the popular streaming service Netflix as a result of his “Gravity Falls” acclaim and success.

According to a story in Hollywood trade publication Variety today, Alex Hirsch will “exclusively develop new series and features” for Netflix. That means Hirsch won’t be available to create any new content for Disney, its TV networks, or its own new streaming service set to debut in the fall of 2019. It’s an unfortunate loss for the House of Mouse, as one of its brightest rising creative talents disembarks for a competing media platform.

“I couldn’t be more excited to join the amazing roster of talent coming to Netflix,” said Hirsch. “Plus it couldn’t hurt to be on The Algorithm’s good side before The Singularity hits. Awesome things are coming!”

Hirsch’s departure from Disney might make more sense when considering a quote given by Netflix’s vice president of original content Cindy Holland: “Alex is an imaginative storyteller with new ideas who’s quickly developed a reputation as a fresh new voice in animation. We couldn’t be more excited to work with him as we continue expanding our adult animated slate.”

The phrase “adult animation” may indicate that Alex Hirsch has decided to steer his career away from the more family-friendly fare he delivered at Disney. While “Gravity Falls” was indeed an incredibly intelligent, sharp, and hilarious show, it was still forced to adhere to the standards and practices of Disney XD and Disney Channel during its forty-episode, two-season run from 2012 to 2016.

As a fan of “Gravity Falls” myself, I’m eagerly anticipating following Alex Hirsch to Netflix, and very curious to see what he cooks up for his next project. Meanwhile, “Gravity Falls” itself was recently released in a thorough Complete Series Blu-ray boxed set from Shout! Factory.