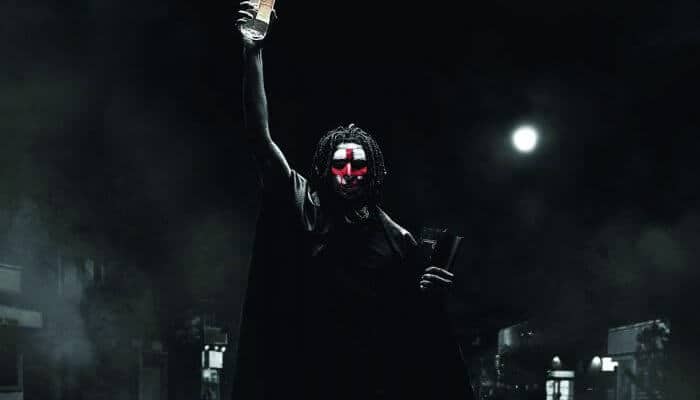 A friendly fright will be returning to Halloween Horror Nights at Universal Studios Hollywood. Universal announced today that this year’s event will feature a house based on the recently released horror film, “The First Purge.”

The new house will put Guests in the middle of the anarchy and chaos of the controversial social experiment and challenge them to survive the Purge. Universal released a video showing off some of the carnage we can expect to see.

“The First Purge” maze will reimagine the movie’s premise, greeting guests with pure unadulterated fear as it brings to life the turmoil spawned by vigilantes. It will place guests at the heart of a controversial sociological experiment empowered by the New Founding Fathers of America’s (NFFA) desire to purge the nation of all hatred and crime by, ironically, permitting crime to take place as a means of ridding society of all ills. 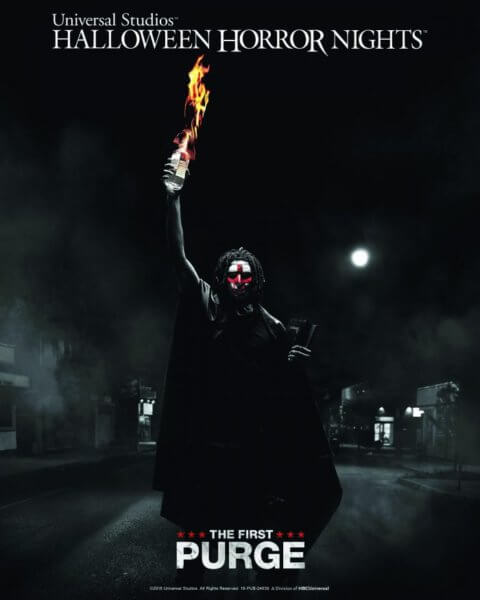 Related : VIDEO: New trailer for “The First Purge” shows us how the night of terror began

“The Purge” franchise has been a part of Halloween Horror nights before, in both houses and scare zones, but this marks the first time the film will be featured in its very own home at Universal Studios Hollywood.

The video below shows the Opening Ceremony at Halloween Horror Nights 2014 at Universal Studios Hollywood. These characters from “The Purge” was unleashed to wreak havoc on the Guests in attendance.

You can get a taste of the madness that will come with this terrifying new house by seeing “The First Purge” in theaters now.