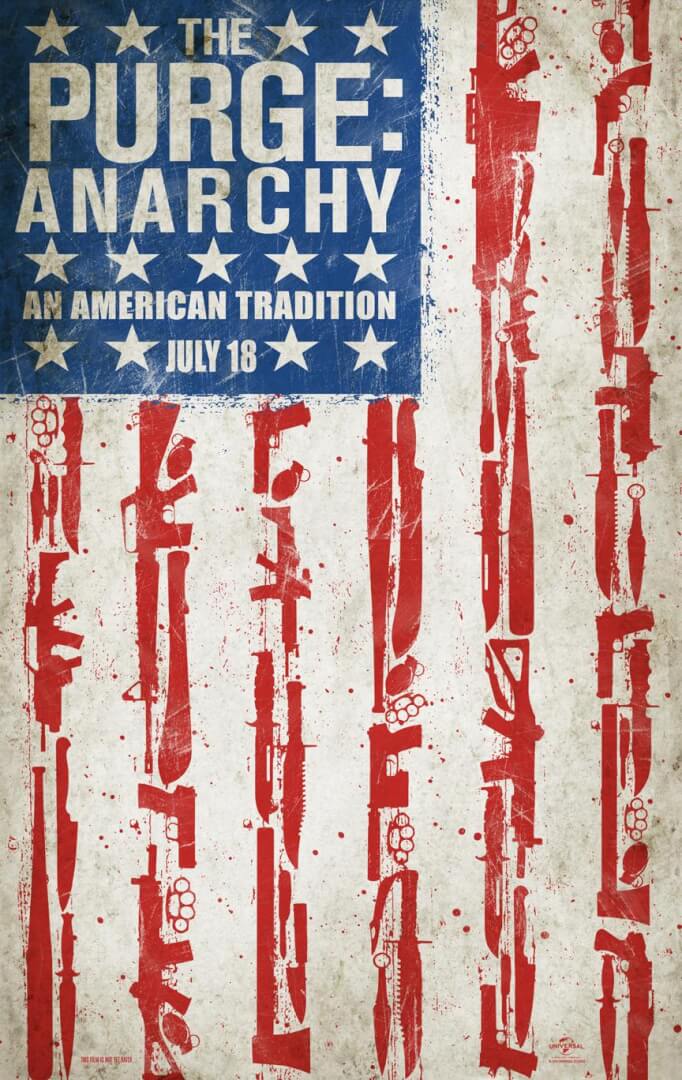 “The Purge: Anarchy” opened in theaters on Friday, revealing what happens when all crime is legal for 12 hours each year. Come September, guests of Halloween Horror Nights 2014 will be able to experience that chaos as The Purge becomes a new scare zone at both Universal Orlando and Universal Studios Hollywood.

It’s not the first time “The Purge” has been featured at the popular annual event, having already inspired a scare zone in Hollywood last year based on the original film. (The park also featured Go Go dancers wearing “The Purge” masks for a while too.)

But this year it’s the sequel that features even more anarchy that will take over parts of the parks. As the gates to “Halloween Horror Nights” open, so too does the annual Purge begin at Universal Studios Hollywood and Universal Orlando Resort with the debut of a terrifying new scarezone, “The Purge: Anarchy.

“The Purge: Anarchy” scarezone will greet guests with masked vigilantes in search of new victims. The scarezone will be inhabited by average citizens transformed into sadistic felons during this period of government-sanctioned lawlessness. Like civilians in the movie fighting to survive, guests will be at the mercy of cunning wit, luck and speed as they attempt to outsmart and outlive the anarchy brought about by those who believe in an “eye for an eye.”

“‘Halloween Horror Nights’ is about taking guests out of their comfort zones and placing them at the core of unimaginable horror,” said John Murdy, Universal Studios Hollywood’s Creative Director for and Executive Producer of “Halloween Horror Nights.” “Because the premise of ‘The Purge’ could theoretically happen, our scare-zone elevates that sense of fear and forces you to really watch your back. Imagining how your neighbor, friend or enemy could take revenge on you without retribution because you wronged them takes horror to a whole new level, and we wanted to bring that gut-wrenching terror to every one of our guests.”

“‘The Purge’” scarezone will invade the streets of ‘Halloween Horror Nights’, taking up most of our New York back lot. The chaos that reigns in the film will be replicated nightly, but now our guests can actually attempt to survive the night themselves,” said Michael Aiello, Director of Entertainment – Creative Development, Universal Orlando Resort. “The familiar emergency broadcast will be heard announcing the commencement of the annual Purge, and all hell will literally break loose.”