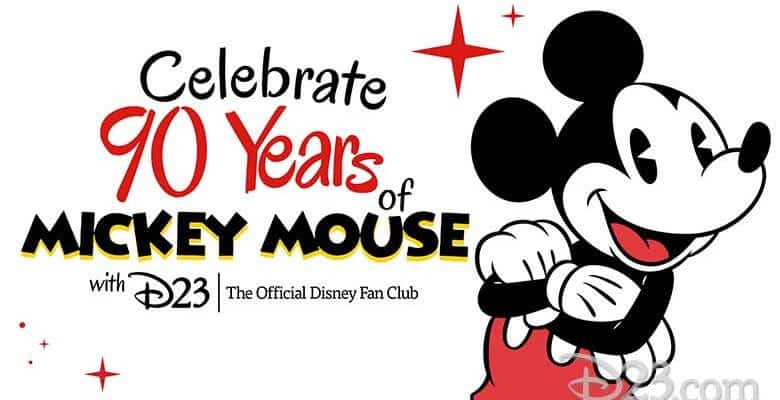 Oh boy! Walt Disney’s most famous creation (and one of the most iconic and recognizable faces in 20th-century popular culture) Mickey Mouse is turning ninety years old this year, and the official Disney fan club D23 put on a large retrospective panel at this past weekend’s San Diego Comic-Con 2018 to celebrate.

During the panel, Walt Disney archivist Becky Cline, animator Mark Henn, and current voice of Mickey Mouse Brett Iwan discussed the history of the most famous mouse in the world, from “Steamboat Willie” to “Sorcerer’s Apprentice” through the current day and Mickey’s upcoming 90th birthday celebration!

Mickey Mouse’s 90th birthday will be celebrated on November 18.