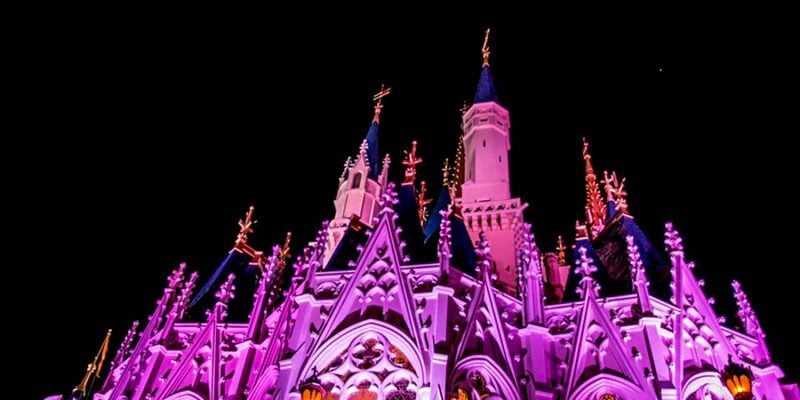 For a shutterbug, like me, this opens up a whole new world of wonders to capture in camera.  There are countless “official” photo spots around the resort, but for this entry, I’d like to share a few of my favorite locations to tell single image stories. I’ve loved photography ever since I had the opportunity to take a summer high school elective class some, well a lot of, years ago.  With the arrival of quality digital equipment, I found a hobby that offers an artistic outlet.

My love for all things Disney goes back even further. From the giant Mickey Mouse poster on my Long Island, NY, bedroom wall (that I used to shoot crayons at via the GI Joe rocket launcher – sorry Mickey) to the Disney read along records, my Disney experience started at a very early age. This included an amazing family vacation in 1971 at the Walt Disney World Resort. Thus, it was inevitable that passion for picture taking became good friends with visits to the theme parks. Ever on a quest to get the perfect on-ride photo, an already favorite attraction, the Haunted Mansion also became my go to testing ground. Soon other parks and places caught my camera’s eye. This eerie elevator experience has the distinction of being a subject in two different Walt Disney World parks. 5. A straightforward approach is to drop in at Disney’s Hollywood Studios and point the lens at the far end of Sunset Boulevard.  There, the Hollywood Tower Hotel stands ready to assume a starring photographic role. 4. Hollywood Tower Hotel can also take the award for best supporting actor/actress when viewed from a different location, Epcot.  After walking through Future World, approach the walkway to World Showcase; look across the lake for the Moroccan Pavilion.  Look closely at the farthest building. Yep, that’s the Tower of Terror!  The attraction was deliberately built in Neo Mediterranean style to blend in with the North African country’s Epcot ambassador. Expedition Everest, with its infamous “disco” Yeti, is a thrilling adventure already.  When viewed, and photographed, from the bridge between Asia and Discovery Island (the one within Animal Kingdom, not the former attraction near the Magic Kingdom), the view is breathtaking. (Bonus) While on the Animal Kingdom kick – the wildlife at this “not a zoo” serves as superb subjects for portrait production. As this is my all-time favorite paranormal playground, personally and photographically, the macabre manor makes the top of the list in first second and afterlife spots.

2. A fiendishly fun photograph can bring ghostly glee when captured from the boardwalk in front of Liberty Square, but not too close to the “Liberty Bell” paddle boat (an illuminating subject herself after dark).  This angle gives a nice waterside view to the Haunted Mansion, framed by Tom Sawyer’s Island to the left and the “Liberty Belle” (or her dock) on the right. 1. Finally my favorite photos emerge from within the Mansion itself.  Constance, the bright shining bride that she is, almost always poses for a perfect photo.  Madame Leota, if the moment is right, floats right into frame. These five fun photo spots that are personal favorites for me, are not by any means even close to the thousands of image opportunities at the Walt Disney World Resort.  Even small details, like a “hidden” Mickey coil of rope found at the Magic Kingdom dock for the ferry can be a fun photo and fine finish for a day’s worth of photo safari. What is your favorite photo location at Walt Disney World?  Please share your snapshots and/or preferences in the comments.