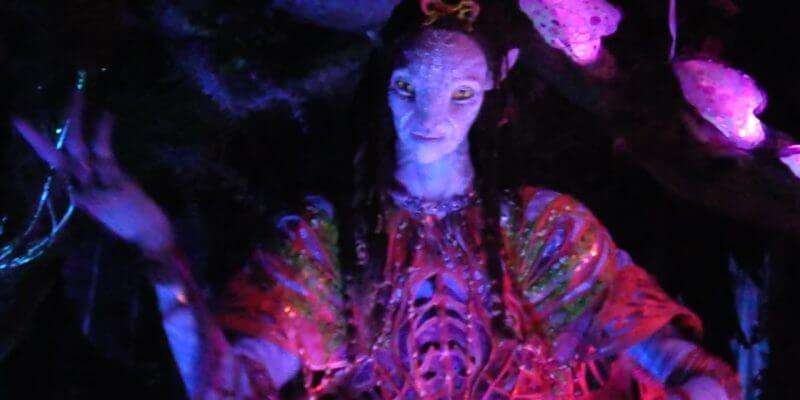 During the last few days of 2017, Inside the Magic looked back over the exciting year, which brought the opening of Pandora – The World of Avatar, the new Guardians of the Galaxy – Mission: BREAKOUT! attraction, and a new “Star Wars” movie, to name a few. We captured those fun moments on video to share with all of you, and now we’re revealing our Top 17 Most-Viewed Videos of 2017.

Popular videos feature announcements from D23 Expo 2017 and experiences from Na’vi River Journey in Pandora – The World of Avatar and Star Wars Celebration 2017. There’s even something for the younger crowd with a Disney Junior experience.

Without further ado, our Top 17-Most Viewed Videos of 2017 are below.

16. “The ‘IT’ Experience” immersive haunted house highlights in Hollywood, California

Stephen King’s classic horror film “IT” got a reboot in 2017, with a new movie starring Bill Skarsgard as Pennywise. To promote the film, New Line Cinema created “The IT Experience,” a haunted house in Hollywood, California. Go inside the immersive “IT” experience in our video, if you dare.

Starting January 9, 2017, a new show began welcoming guests to Walt Disney World’s Magic Kingdom. Just prior to the official park opening, guests are invited to make their way down Main Street, U.S.A. to witness the Royal Herald procession in front of Cinderella Castle. Mickey and friends await, along with more surprises.

The highly-anticipated Pandora – The World of Avatar opened at Walt Disney World on May 27, 2017, bringing the world of James Cameron’s “Avatar” to life at Disney’s Animal Kingdom. The Na’vi River Journey ride is one of the most stunning new experiences found in Pandora, and this video includes highlights from the entrance, queue, and ride itself.

October is the month to celebrate all things horror, and Warner Bros. did just that with a display of costumes and props from several of their scary movies. Take a look at some of the macabre items used in “IT,” “The Conjuring,” and “Annabelle: Creation” with our walk-through video.

The long-awaited sequel to 2004’s “The Incredibles” finally arrives in theaters on June 15, 2018, and the cast assembled for an appearance at D23 Expo 2017 in July. Returning cast members Craig T. Nelson, Holly Hunter, Samuel L. Jackson, and Sarah Vowell were joined onstage by new cast member Huck Milner, who takes over the role of Dash.

The Na’vi River Journey ride includes an amazing Shaman animatronic, which you can see up close in this video. A highlight of the attraction, the lifelike Shaman sings as passengers float by on their serene river ride through Pandora.

8. FULL Beauty and the Beast – Live on Stage at Walt Disney World

This stage production of “Beauty and the Beast” is part of the entertainment offered at Disney’s Hollywood Studios, and the tale as old as time is as popular as ever. Our video from March 2017 shows the full stage show, along with the Beast’s updated look.

“Star Wars: The Last Jedi,” which arrived in theaters on December 15, dominated the news in 2017. The highly-anticipated film trailer debuted at Star Wars Celebration 2017 in April, and you can experience what it was like to be in the room with thousands of “Star Wars” fans as they watched the footage for the first time.

Disneyland guests riding Pirates of the Caribbean in April 2017 got the surprise of a lifetime when the Jack Sparrow animatronic turned out to be Johnny Depp himself. The actor stepped into the iconic attraction during promotion for “Pirates of the Caribbean: Dead Men Tell No Tales,” which arrived in theaters on May 26, 2017.

Disney’s live-action “Beauty and the Beast” was one of the biggest box office hits of 2017, taking in $1.264 billion worldwide. During a press conference promoting the movie in March, we were treated to a live performance of “Gaston” by composer Alan Menken and stars Josh Gad and Luke Evans. It was a fun preview of the pair’s chemistry in the film, which arrived in theaters on March 17.

4. A Musical Celebration of “Coco” FULL SHOW at Disneyland Resort

Disney-Pixar’s “Coco,” which you can still catch in theaters now, was another movie highlight of 2017. In October, we captured “A Musical Celebration of Coco” outside Plaza de la Familia at Disney California Adventure, which features memorable and catchy songs from the movie.

Flight of Passage, another major attraction in Pandora – The World of Avatar, invites guests to fly on the back of a mountain banshee for an exhilarating 3D ride. The queue plays a big part in the experience, bringing the world of “Avatar” to life in stunning detail. Take a walk through the pre-show ride queue in our video from April 2017.

“Avengers: Infinity War,” which hits theaters on May 4, 2018, assembles a huge roster of Marvel superheroes as they attempt to defeat the powerful Thanos. During D23 Expo 2017 in July, many members of the star-studded cast gathered on stage for this Marvel panel, previewing what it will be like to see all these characters on screen together in 2018.

Thanks for making these our Top 17-Most Viewed Videos of 2017. We can’t wait to see what 2018 brings and wish everyone a Happy New Year!