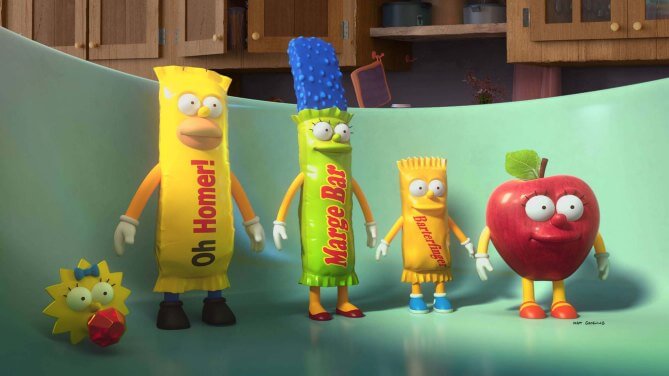 There is definitely a casket’s worth of special Halloween TV programming to sink your fangs into this year.

I took to digging around the cobwebs in the cemetery to unearth six spooky specials, so set your DVRs and point your antennas towards these Halloween boo-tube terrors, beginning tomorrow, Friday the 13th.

(NICK 10/13/17 at 7pm) Making the leap from cartoon to stop motion animation, SpongeBob and friends have their very own Halloween special. The show airs on Friday the 13, perfect for spooky under the sea fun. (ABC 10/19/17 at 8pm) This Halloween classic has delighted audiences for half a century. CBS fist brought the Peanuts fall special into America’s living room on October 27, 1966.  Disney owned ABC will help Linus await the Great Pumpkin for the 51st time this Halloween. (CBS 10/27/17 at 8:30pm) Vincent, Victoria and their dog Ichabod explore the “This Place Hotel” in a brand new, hour-long animated spooky  special.  “Michael Jackson’s Halloween,” a new one-hour animated adventure with the King of Pop’s acclaimed music as its soundtrack, is coming to CBS on Friday, Oct. 27 at 8/7c—and you just can’t “Beat It.” –CBS 5. “The Simpsons Treehouse of Horror” (NBC 10/27/17 at 11:30pm) Any questions?  David S Pumpkins is back for a half hour of Halloween fun. Peter Dinklage joins Tom Hanks for this spin off special. Pumpkins and pals teach a pair of children about the true meaning of Halloween. There are hordes of horror coming to the boo-tube this season.  In addition to the six spooky specials shown above, Netflix is set to premiere season two of “Stranger Things,” SyFy airs a new Stan Lee horror series, “The Sandman,” starring Tobin Bell and Hulu begins broadcasts of  JJ Abrams produced “Castle Rock.”

Which of these Halloween TV specials are you looking forward to this year?  Please share your programming preferences in the comments below.