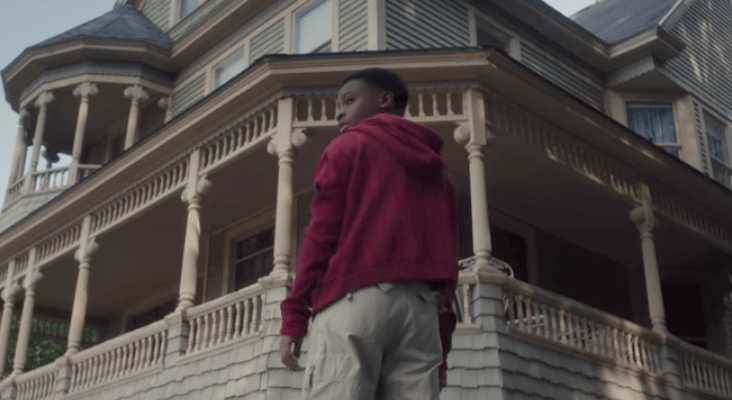 Stephen King has provided the original stories and ideas for countless classic suspense-driven horror films over the years. Most recently, fans have been thrilled with the adaptation of “IT.” Soon, yet another one will be added to the list when “Castle Rock” makes its way to Hulu.

The first teaser for the upcoming series may not provide a great deal of information regarding the show’s plot, but it does build suspense in typical King fashion, while also providing peeks at small easter eggs for some of his other stories.

WATCH – THE TRAILER FOR “CASTLE ROCK” :

The most obvious reference to some of King’s other work, is the bumper sticker on the car that is seen slowly sinking into the water at the end of the trailer. The sticker reads “Department of Corrections Shawshank.”

A couple of actors from previous King adaptations are also seen in the teaser. Bill Skarsgård, who played Pennywise the clown in the aforementioned recent “IT” adaptation, is briefly seen behind bars, while Sissy Spacek, who played Carrie in the 1976 horror classic, is seen wielding a knife.

“Castle Rock” does not yet have a specific premiere date set but it is expected to debut on Hulu some time in 2018.