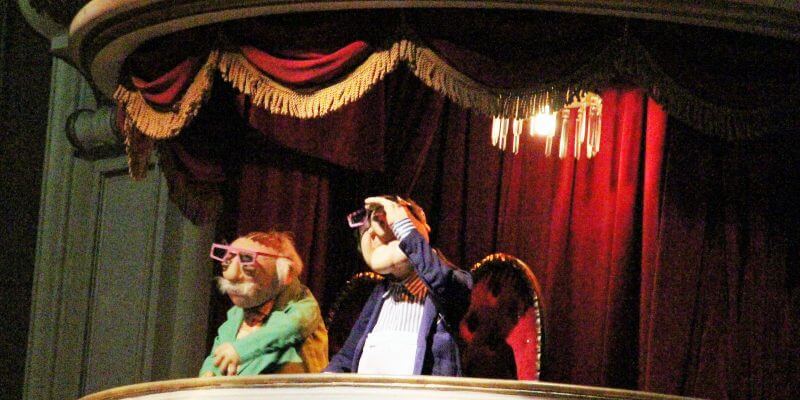 Adding to advancement of artificial ambience are at home versions of various video games (PS4) and platforms (Oculus Rift, Gear VR) bringing virtual environment entertainment into the comfort of home.

It is quite possible that the new wave of VR experiences is in the process of changing the landscape of themed entertainment for years to come.  As such, ITM has compiled a collection of 13 Disney properties that would be ideal for this new technology for home and theme park play.

Command the control center, interact with several superheroes and be part of the mission on board a mighty Marvel airborne aircraft carrier.  Assume the role of Nick Fury; marshal your forces to face the foe and save the day. Dark foreboding rooms or the expanse of an immense ballroom could be just a couple of the environments to explore.  Play as Beast or Belle or any of the other cursed characters in the castle and experience the story from their point of view. From detention blocks to launch bays and everything in between, this planet killer could easily kill a lot of free time as you explore and engage with various operations.  Control the main weapon or even fly any of the on board vehicles. The opportunity to virtually explore at least one version of the venerable mansion materialized many years ago (2003) when “The Haunted Mansion” movie was released on DVD.  An ideal creepy candidate for computer creativity, the Mansion’s many manifestations around the world are ripe for eerie immersion.  Add the other-worldly option to spook visitors as any of the several spirits enjoying the afterlife for even more fiendish fun. While the Hollywood Tower Hotel might have been a star in its own right, as part of this VR adventure you are the star as you enter the Twilight Zone.  Relive events from the fateful storm causing several guests and rooms to vanish to controlling the service elevator as a bellhop or passenger.  Travel through the once glamorous hotel and encounter the secrets within. While Disney Quest may have had a virtual Jungle Cruise, the rowing and raft felt more like “Land of the Lost.”  With a new live action film on the way – and the many scenes both in the ride and on the real rivers the attraction is inspired by, this potential virtual reality has adventure written all over it.  Add the allure of exploring the Cruise’s base of operations and toss in several visual gags for added fun. Offering the opportunity to meet the main Mouse in his own hometown was a nice addition to the Magic Kingdom while it lasted.  While this toon town took a back seat for the New Fantasyland expansion, it does not have to be gone for good.  A digital cartoon realm with the homes and businesses of Disney’s cartoon clan could be a fun place to escape and meet characters not often wandering the parks. In Muppet Vision 3D, guests were offered a brief glimpse into the labs responsible for the attraction.  A VR tour that includes interaction with various Muppets and the mishaps that usually accompany a gathering of Henson’s colorful characters. Harper Goff’s Nautilus is a masterpiece begging to dive into the VR realm.  The steam punk workings and details are as ripe for exploration as is the ocean floor, while clad in one of vessel’s dive suits.  Command and control this iconic submarine or just take a few minutes to enjoy a relaxing round of Bach on the organ. Virtually racing through the woods or nearby town of Sleepy Hollow on horseback (or on foot) as either Ichabod Crane or the ghastly Headless Horseman could provide hours of paranormal play.  Attend the Van Tassel’s Halloween party or try to make across the bridge with your head intact. Mr. Toad’s Wild Ride is a classic dark ride that briefly spent time at Walt Disney World (FL) and still lives on in Disneyland (CA).  A virtual environment already exists online.  Being able to freely drive and “bump” into characters and scenes from the attraction and Disney cartoon could be a wonderful whimsical way to enjoy the VR phenomenon. Of all the Disney delights on this list, a trip into the computer world of “Tron” is the one experience best suited for a VR incarnation.  From Light Cycles to interactive identity discs set to help destroy the MCP. Being digitized into the mainframe and joining other programs for interactive VR fun could take this classic sci-fi property for new audiences and adventures.  Upgrade with ENCOM branded VR Goggles for hardware for a deluxe version. 13. Virtual Theme Park
Another clever conversion to a digital experience could be a VR trip to any of the Disney parks around the globe.  Not everyone can make it to Shanghai or Paris, but a chance to explore these parks and experience the attractions could be the next best thing. All 13 of these electronic experiences could easily find their way into the Disney library.  Either as enhanced attractions within the parks or as a way to make the magic at home we’d definitely love to see any of these virtual environments become an alternative reality for exciting immersive adventures.

Are you a fan of VR?  What Disney experience would you like to see digitized for electronic exploration? Transmit your thoughts in the comments below.