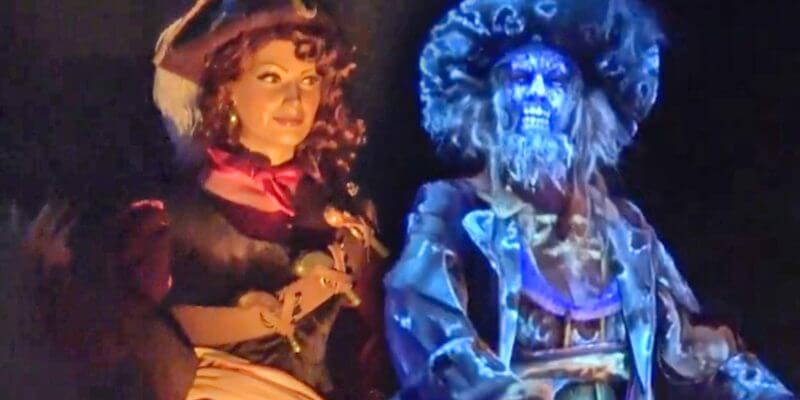 Just two weeks ago, Disney made the controversial announcement that a famous scene in Pirates of the Caribbean would be getting an overhaul. Now, Disneyland Paris is the first to unveil its updated classic attraction with some stunning results.

Thanks to dlrpfans on YouTube and ED92live on Twitter, we know how our first look at the updated redhead scene as well as an incredible new Audio-Animatronic figure.

Related: Guests Have Unique Evacuation Experience on Pirates of the Caribbean 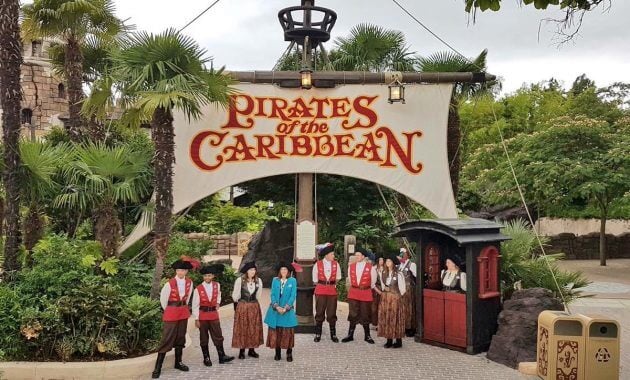 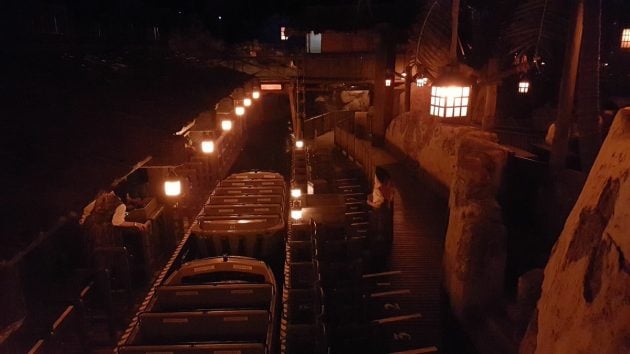 Gone is the old bride/wench auction, replaced by one for “trinkets and charms.” The pirates now cry out with desires for treasure, instead of women. And the famous redhead has been given a gun to oversee the event.

WATCH – NEW updated Redhead scene in Pirates of the Caribbean at Disneyland Paris:

In French, the auctioneer kicks it off: “The auction begins, rascals! Make me an offer for these trinkets and charms. It’s a real treasure.” “Sell these by weight, captain!” replies another pirate. These, of course, are loose translations from French. It remains to be seen how the dialogue will play out in English when the US versions of the ride are updated in 2018.

The redhead isn’t the only empowered female in this newly-updated version of Pirates of the Caribbean. Another female pirate has been given a sword, now engaging in a duel: 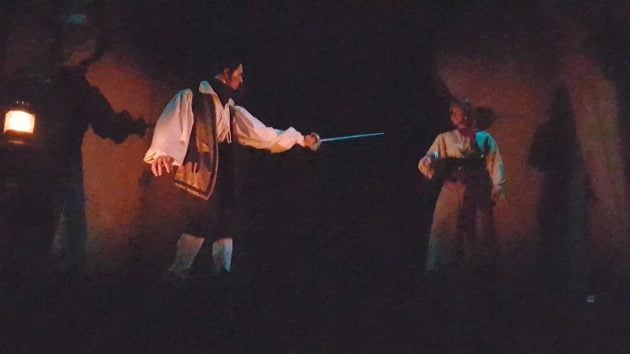 While plenty of attention is fixated on the former “winsome wench,” another amazing addition to Pirates of the Caribbean really steals the show. Characters from the “Pirates” movie franchise have made their way to the Paris version of the attraction and while Jack Sparrow pops up here and there (even speaking in French), it’s Captain Barbossa that has the biggest scene.

[nextpage]
The lifelike figure transforms from a human into a ghost pirate with the crack of lightning and thunder, complete with a maniacal laugh. It’s an impressively terrifying moment. 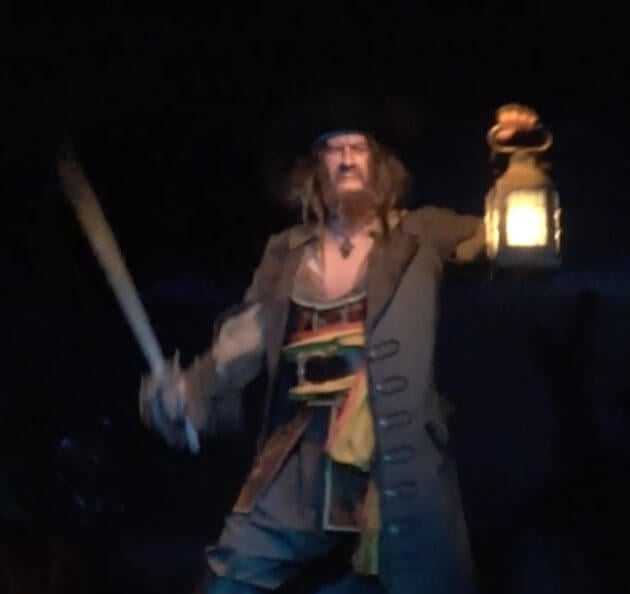 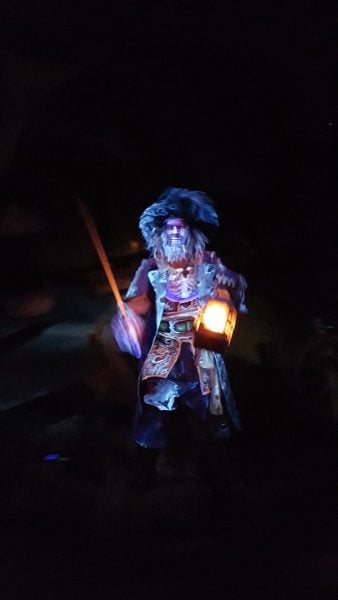 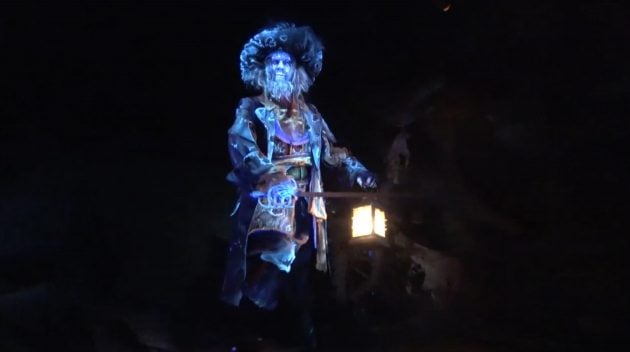 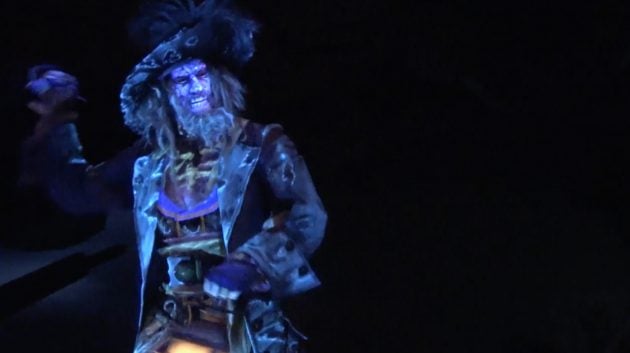 Meanwhile, Jack Sparrow can be found in similar spots as he is in the United States versions: 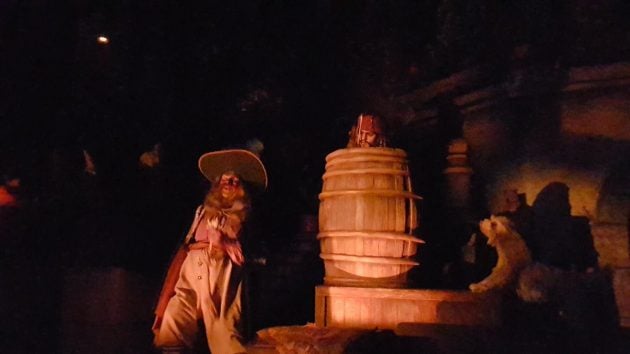 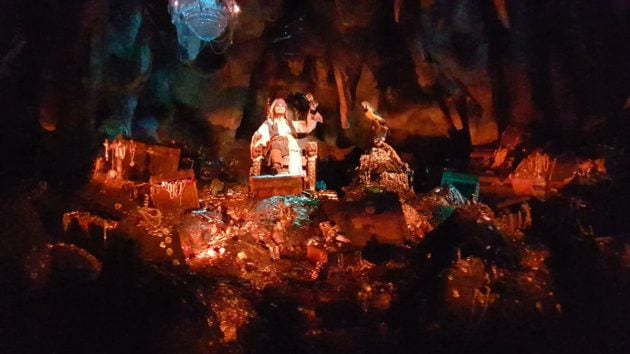 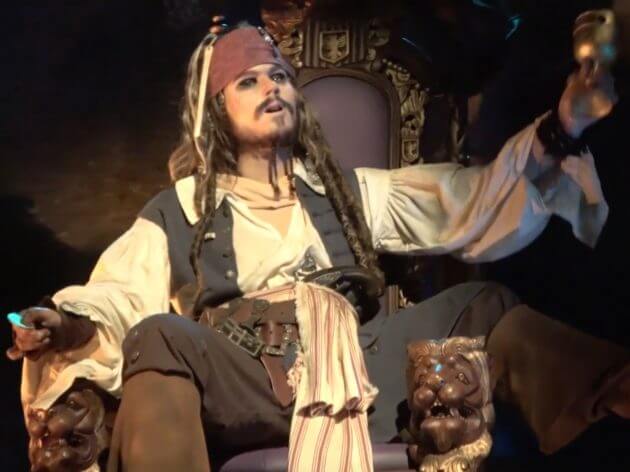 Beyond the above, classic scenes have received a sprucing up as well, with new lighting and old animatronics returning to life once again. 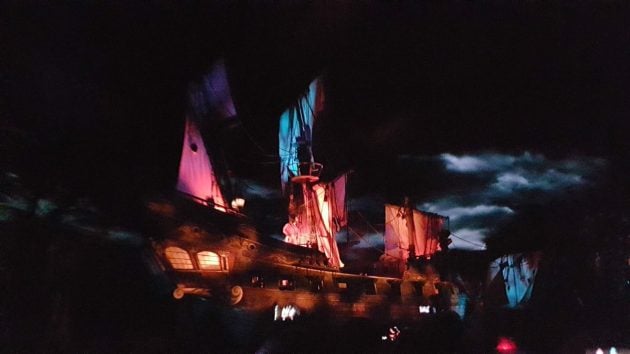 The restaurant outside has been transformed into Captain Jack’s as well. 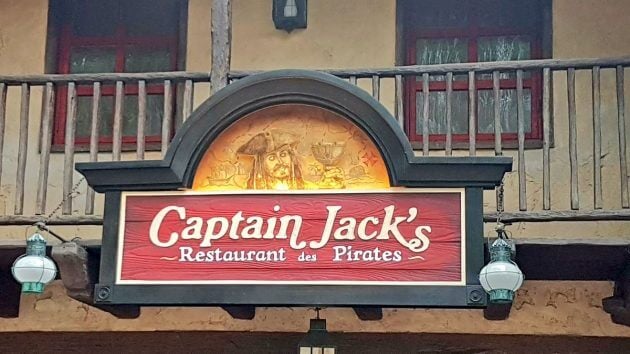 It’ll take until next year for us to see what the updates to the classic ride look like in Disneyland in California and Walt Disney World in Florida, though we may get a sneak peek at the D23 Expo, which begins tomorrow in Anaheim.

What do you think of the Pirates changes in Paris? Sound off in the comments below!

Big thanks again dlrpfans on YouTube and ED92live on Twitter for all the videos and photos seen above.