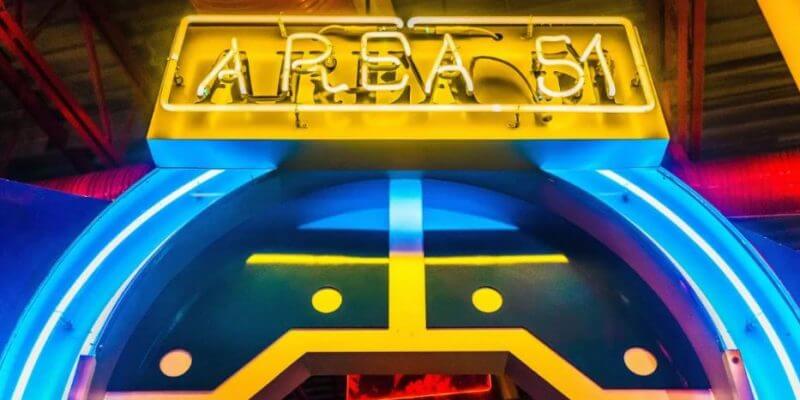 For most vacationers, either from Earth, or visiting this planet, themed dining and drink depots are all the rage.  For those who enjoy these thematic masterpieces, it’s time to put the science with the fiction.  Cosmic cocktails, galactic gastropubs, and stellar snacks are ready to beam up. Travel the Milky Way with us as we seek out new life-like decor and discover the meaning of mealtime fun.

It’s the perfect plan: nine outer space themed places to enjoy an out of this world meal. From time travelling Time Lords, to musically inclined aliens and everything in between, ITM has scoured the galaxy to bring you these stellar stops for feeding and fun.

There aren’t many bars that can boast they have a T.A.R.D.I.S. as their centerpiece, but The Way Station in New York City has one of the big blue police boxes parked inside their establishment.  This timely watering hole features a host of live entertainment experiences like Sunday night Nerdeoke (karaoke for nerds). The aliens have landed and opened a grill and bar.  You might think there is an invasion in progress as there are three locations to this popular restaurant: Albertville, MN, Bismarck, ND, and Fargo ND.  However after visiting their “Area 51” arcade and enjoying one of the gourmet fire roasted pizzas, invasion might not be such a bad thing. Space Aliens Grill & Bar boasts “giant leap for fun” when their out of this world arcade is booked for parties and celebrations. This Time Lord themed restaurant features “intergalactic comfort foods starting with ‘spoilers’ and ending with ‘sweeties’” in an appropriately Gallifreyan setting.  A mural of “the Exploding T.A.R.D.I.S.” and a smaller version of the namesake Pandorica decorate the walls while munchies on the menu pay homage to the BBC science fiction series. “In the restaurant Nautilus® you will find gastronomy in the never-before-seen fantasy landscape of Jules Verne. Here you can dine, dance and dream. Following the example of the imaginative submarine of Captain Nemo from the novel “20,000 miles under the sea” by Jules Verne, an experience restaurant of the very special kind was created in August 1995. Deceptively genuine: down to the smallest detail the submarine- Backdrop of the Nautilus®. The guest rooms are divided into rowing and engine rooms, as well as captain’s fair. New since December 2009, Nemo’s “Indian” village has opened with 70 seats.” – U-Boat Hotel & Restaurant NAUTILUS (translated from German) This eerie establish will immerse you in an alien world of creepy skeletal structures and surreal creatures.  Attached to the HR Giger museum, HR Giger Bar is a must visit for fans of the artist. A second bar exists in Chur, Switzerland.  Of note: the tall chairs seen at the bar were originally designed to be used a Harkonnen throne in a never-filmed “Dune” movie project (Wikipedia)

Inspired by the infamous Mos Eisley cantina bar from Star Wars, this pop-up bar will only be part of this galaxy for a limited time (through the end of July 2017).  Scum and Villainy Cantina recommends pre-purchasing tickets ($50, includes 2 tokens for drinks, souvenir glass and a “challenge” button for re-entry during walk-in hours). Regular cover charge for walk-ins is $20 without the space swag). Opened in May 1991, the Sci-Fi Dine-In THEATER Restaurant is part of the Disney Hollywood Studios theme park. This cleverly crafted restaurant has the look and feel of a 1950’s drive in.  Guest dine at car-like booths or picnic tables while enjoying creepy cool sci-fi clips from the 50’s and 60’s on a large screen. We hope that these nine spectacular, science fiction fixations find favor for your feeding fun.  From the simple and sublime to over the top out of this world experiences, there’s a galaxy of good galactic grub to be found for those ready to rocket off to dining delight.