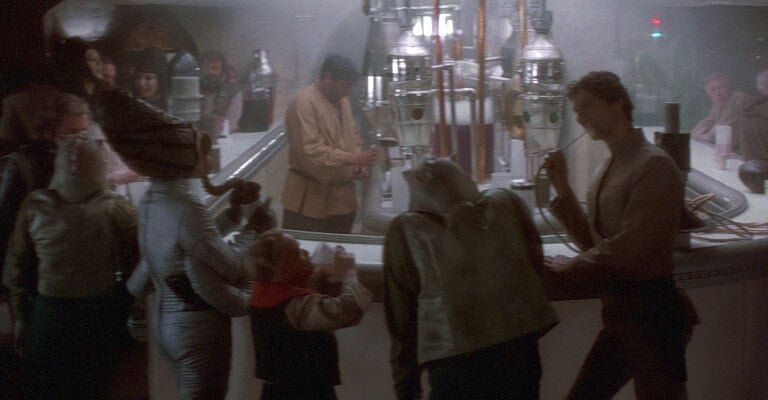 Ever since Luke Skywalker and Obi-Wan Kenobi stepped into the “wretched hive of scum and villainy” that was Mos Eisley Spaceport, “Star Wars” fans have dreamed of visiting the spaceport’s iconic cantina bar, populated by innumerable alien species– but definitely no droids.

Now Southern California-based devotees of our galaxy’s most famous space opera will have the opportunity to visit a “Star Wars”-inspired Cantina in Hollywood, opening this winter.

As announced on their official website, the Scum & Villainy Cantina will offer reservations for two hours inside the bar, plus “two drinks of your choice, a souvenir pint glass, Scum and Villainy challenge coin, [and] a few extra surprises.”

It’s not clear on whether Scum & Villainy is officially licensed or sanctioned by Lucasfilm, although the theme seems loose enough that it will be cool to visit even if it’s only fan-designed and operated. No official opening date has been revealed, but an exlusive announcement by Nerdist says that the Cantina will begin taking reservations next week.

Watch your step! I hear this place can be a little rough.