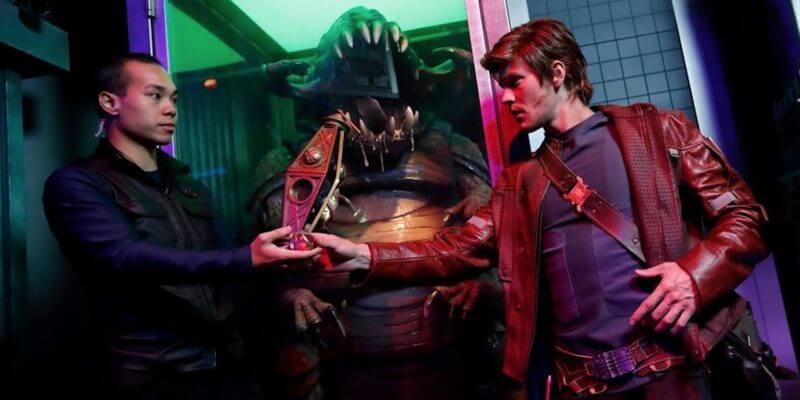 In the decades since the original Disneyland first opened in 1955, millions of visitors have lined up to enjoy a brief, but entertaining moments with characters. Meet-and-greets allowed fleeting conversations followed by an obligatory photo op and/or autograph signing – but little substance. Now, Disney is aiming to enhance that interaction by putting theme park guests as the star of the show, engaging with characters on a much deeper level for a richer, more memorable experience.

Enter Hong Kong Disneyland’s new Marvel attraction Mission: Dimensions of Danger. As with the majority of offerings in the budding world of immersive entertainment, there is no way to succinctly describe exactly what this new attraction is. Disney officially calls it an “immersive, action-packed and interactive walkthrough experience” that allows you to “step into the exciting Marvel Universe.” It’s a bit of a buzzword salad, but each one of those descriptives is necessary to fully get across the expansiveness of an experience that isn’t just a “ride” or “show” by any traditional definition.

We recently heard of Disney’s plans to create a fully “immersive” Star Wars Land in which your interactions shape the story around you. Your decision to side with the good guys or the bad guys will, among other choices, dramatically change the experience for you personally. Though that revolutionary new approach to theme park storytelling is still two years away, with Mission: Dimensions of Danger, Disney has already begun offering guests new opportunities to interact with characters on a more meaningful level.

The new attraction invites you to “help Doctor Strange recover the Portal Nexus before it Hydra does.” In the case of a ride, the use of the word “help” generally means just sitting there and watching as the action unfolds around you. But in this case, what Disney means by “help” is a series of hands-on interactions with characters that are aimed to make you feel like you are truly a fellow superhero, not just a spectator.

That means as you step inside, actors portraying the Marvel characters are literally reaching out to you to assist them in defeating Hydra in their latest evil plot. 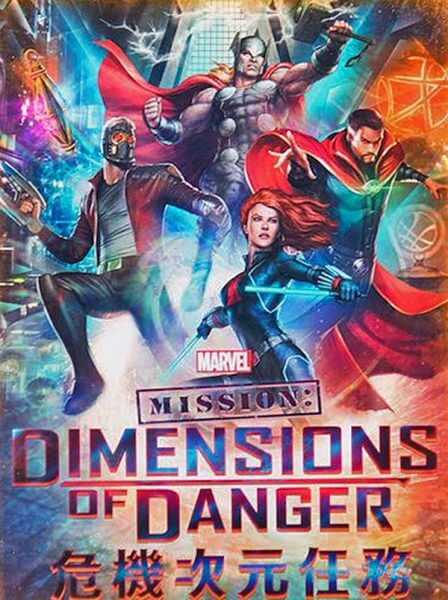 Borrowing elements from the worlds of immersive theater and escape rooms, Mission: Dimensions of Danger provides a whole new level of interaction for guests eager to meet their favorite Marvel superheroes. Immediately upon stepping inside, you’re introduced to a story that you follow through multiple themed rooms, interacting with physical objects as well as live actors portraying the Marvel characters. The roughly 10-minute experience aims to make guests feel as if they’ve actually taken part in an important superhero happening, rather than simply seeing it happen.

The story begins as you are scanned and given security clearance to enter a remote S.H.I.E.L.D. facility, quickly debriefed on the importance of an artifact called the Portal Nexus and what it is imperative for it not to follow into the hands of Hydra. The Portal Nexus serves as the MacGuffin for the action-adventure that follows. Everything goes horribly wrong as an emergency ensues as Hydra attacks, heightening the tension as you are sent on your way. 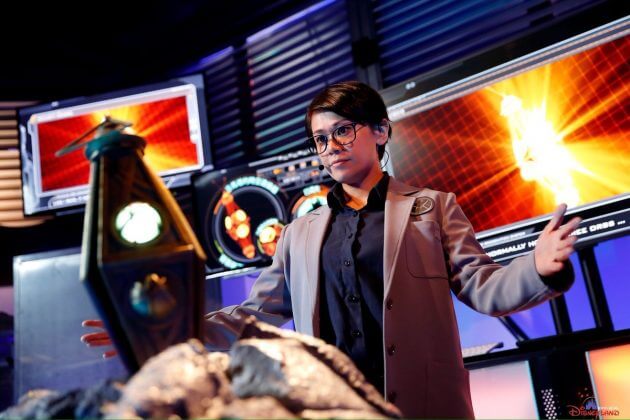 A battle breaks out between Hydra, Black Widow, and Hawkeye, portrayed via lifelike projections on a catwalk. You’re given the important task of, well, continuing to ensure the Portal Nexus stays out of Hydra’s possession – or something. You’re guided by a S.H.I.E.L.D. agent throughout the experience who leads you to encounter Doctor Strange in the next room as he appears from another astral plane, via another realistic projection. He tells you of some orbs that he scattered that need to be safely reassembled with the Portal Nexus (or something) as he cuts an interdimensional portal that leads you to Asgard, where Thor awaits you in Odin’s Vault. 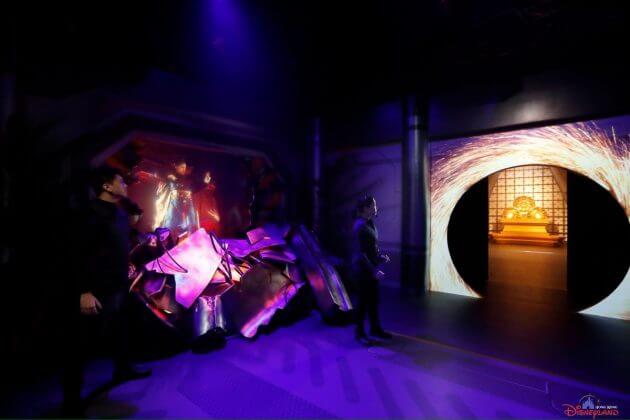 Here, Thor enlists the assistance of a “clever” guest to spin wheels and line up symbols to unlock one of the orbs and move on to the next dimension.

Suddenly, you end up in The Collector’s Museum from “Guardians of the Galaxy” where Star-Lord awaits your arrival. The scene appropriately offers some comic relief as another chosen guest must retrieve another orb from a locked-up creature amidst the collection. 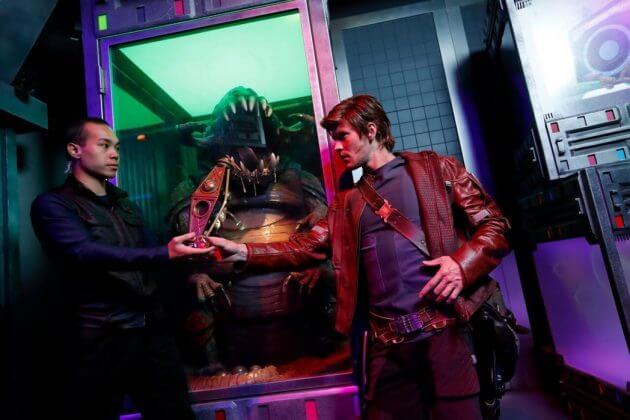 Once the final orb is safely in your possession, you pass through another portal and place the completed Portal Nexus back in its shrine, safely tucked away from Hydra’s grasp. You’ve saved the day and Doctor Strange appears once more to thank you and open a new portal back home… which leads to a gift shop, naturally. 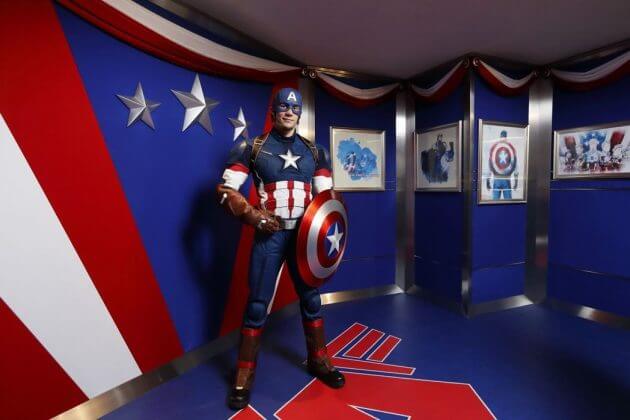 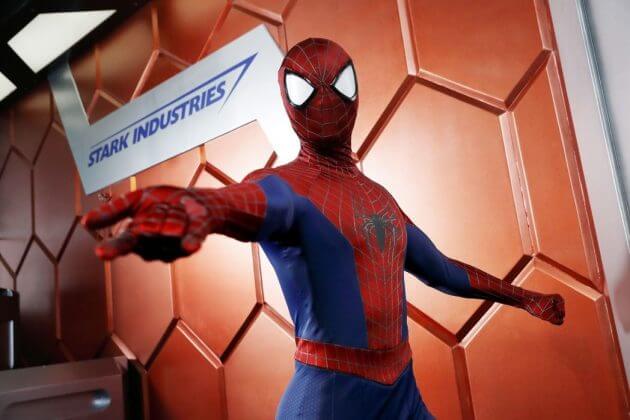 But the “battle against evil forces” in Mission: Dimensions of Danger is a small step forward in Disney’s ultimate vision to allow guests to control their own destiny and the story around them. This experience does not offer any choices to visitors, other than whether to step forward and participate or just stand by and watch others. But it’s a giant leap ahead of a simple meet-and-greet photo op, which often makes guests feel like they’re just one of the masses, getting pushed through like cattle.

Mission: Dimensions of Danger instead keeps the excitement moving with a sense of urgency and importance throughout the experience, making guests eager to move from room to room to discover what surprises they’ll encounter next. Whether it’s Thor extending his hand to unlock mysteries of Asgard or sneaking around The Collector’s fortress with Star-Lord, guests are meant to feel a sense of realism and potential (risk-free) danger as they make their way to the end. 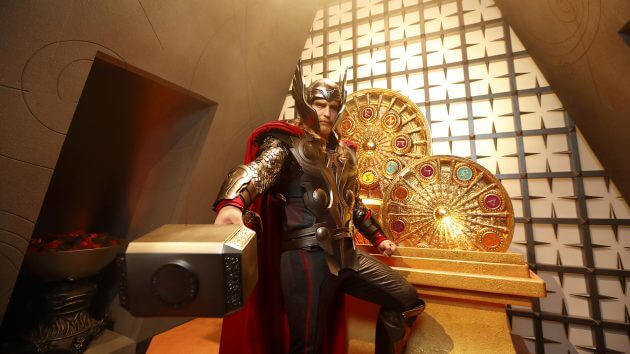 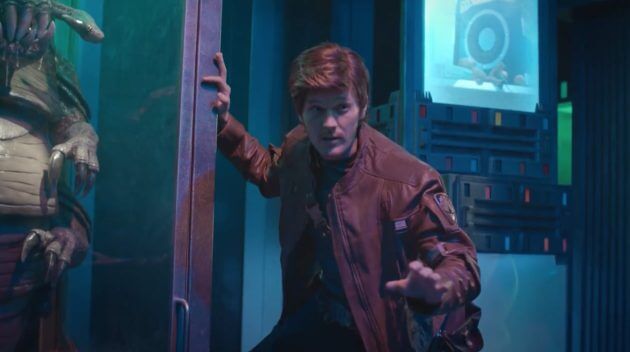 Granted, the interactions offered in this experience are rather limited in scope and only a few in each group of guests get to fully participate. But Disney is being cautious with each step in this new form of immersive entertainment, ensuring that they properly understand guests’ willingness and eagerness to participate. The level of involvement will no doubt vary by culture as well, whether it’s Hong Kong vs. United States audiences or even tourists vs. locals, who will no doubt want to join in an adventure like this multiple times, especially as we look ahead to the promise of a fully interactive Star Wars Land.

Though the storyline is thin and the interactions are brief, Mission: Dimension of Danger still achieves an overall sense of excitement and involvement in a way that a typical ride or show cannot. It directly draws in the guests to be part of the adventure – and that holds promising potential for the future of theme park entertainment.

It’s not clear yet how or if Mission: Dimensions of Danger ties into Guardians of the Galaxy – Mission: BREAKOUT! at Disney California Adventure, which also places guests inside The Collector’s fortress. Disney recently teased a plan to interconnect its Marvel attractions worldwide in some way – but how exactly is unknown.

But with a history of interactive live experiences like Legends of Frontierland and even Walt Disney World’s Enchanted Tales with Belle, Disney is paving a path toward a new level of immersive encounters in which guests should be able to fully forget the real world for a while, believing they have not only stepped inside the stories they love but perhaps even influence them to truly become a part of these fun new worlds. 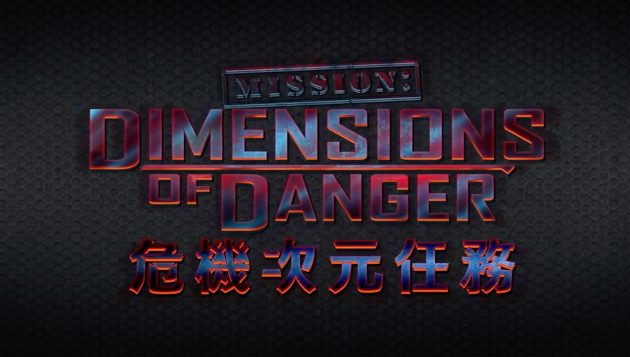