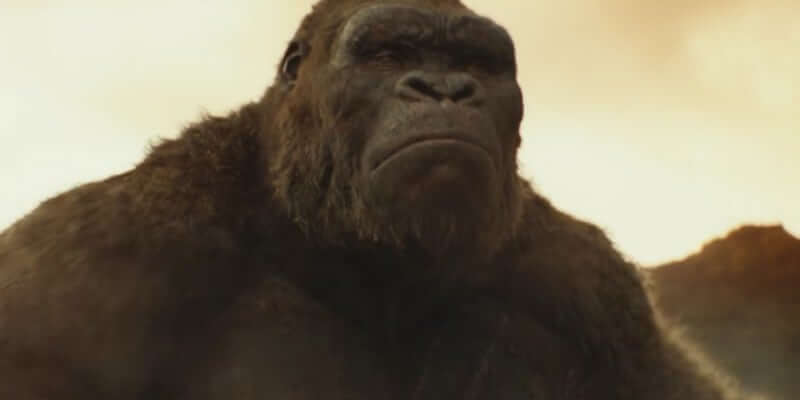 Have you ever watched Francis Ford Coppola’s Vietnam War classic “Apocalypse Now” and said to yourself, “I wish this movie had more giant apes”? Well then “Kong: Skull Island” just might be the movie for you.

I went into this latest entry in the almost 85-year-running “King Kong” franchise with little to no expectations, and I left with a big dumb smile on my face, after having witnessed two hours’ worth of wholly self-aware B-movie spectacle. The first thing I came to appreciate about this hard-reboot installment is that it takes a unique approach to the “Kong” formula by keeping almost all of the action on Skull Island itself, never dragging the big ape back to New York City or anywhere else. “Kong: Skull Island” also embraces its similarly outside-the-box 1970s setting and runs with it: expect to hear just about every cliche ’70s war movie rock song, and definitely anticipate Richard Nixon’s face popping up in more than a couple places. The movie is, almost ironically, never bogged down by the murk and mire of its Vietnam-era backdrop, instead of utilizing all the baggage that comes with it to great effect.

It also helps that the cast is anchored by a good number of ringers: John Goodman (“Monsters Inc.”, “The Big Lebowski”) plays the leader of an investigative science team who wants to track down and exact revenge on King Kong after a personal encounter with the creature years earlier. Samuel L. Jackson (“The Incredibles”, “Pulp Fiction”) is a tough-as-nails army commander who won’t take “no” for an answer. And John C. Reilly (“Wreck-It Ralph”, “Magnolia”) channels his inner Dr. Steve Brule as a stranded World War II fighter pilot who may have misplaced just a couple of his marbles during his extended stay in the jungle.

Related: Get your first-look at King Kong in ‘Kong: Skull Island’! The cast is rounded out by Brie Larson (Oscar winner for “Room”) as a go-getter war photographer and Tom Hiddleston (Loki from Marvel’s “Thor”) as a powerhouse animal tracker. Ultimately there are a few too many characters to become emotionally attached to, or even to keep track of– I kept forgetting who was still alive and who was still monster bait– but it doesn’t really matter. We came to this party to watch humongous creatures swallow people whole, and this movie delivers on that promise in spades.

Director Jordan Vogt-Roberts (“The Kings of Summer”) steers the entire production into the borderline-camp territory, but it works all the better for it. “Skull Island” never takes itself too seriously, and the audience shouldn’t either. Instead, just go to see a showstopping ten-minute helicopter attack action sequence featuring Kong himself swatting whirlybirds out of the sky like they were bothersome insects. This movie also owes a hell of a lot to Steven Spielberg’s megahit “Jurassic Park”, both in a slightly tongue-in-cheek tone and its ensemble cast of eccentrics, not to mention Samuel L. Jackson’s callback line of “Hold onto your butts!” It helps that “Jurassic Park” already dropped a “King Kong” reference back in 1993, sparking what is apparently now a friendly Beatles/Rolling Stones-Esque monster-movie one-upmanship competition.

“Kong: Skull Island” is intended to launch a new shared-universe giant monster series from Warner Bros., and if even a few of the forthcoming chapters are this much fun, Disney’s Marvel and Star Wars franchises might finally have some competition on their hands.

“Kong: Skull Island” will be released into theaters nationwide this Friday, March 10th.