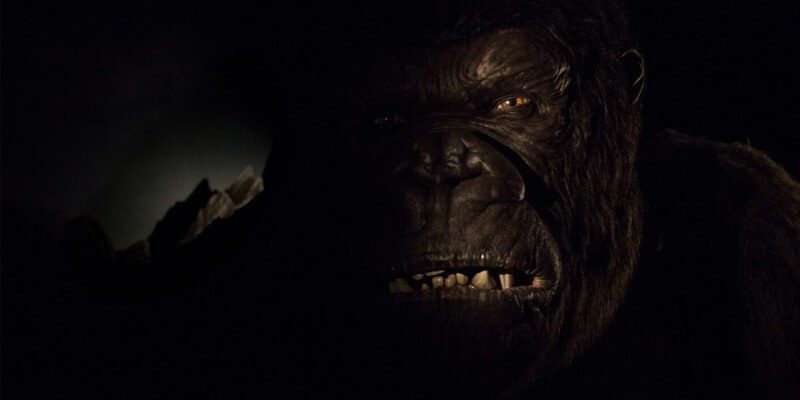 Universal Orlando has released new video and images of the upcoming King Kong attraction that will certainly make his fans excited.

The Skull Island: Reign of Kong attraction coming to Islands of Adventure this summer will take you through a 1930s expedition on Skull Island featuring encounters with prehistoric creatures such as dinosaurs, but the main event is of course King Kong himself. Universal Orlando has also officially confirmed that the “three-story beast” will be a fully animated figure.

Universal Orlando’s blog has the first look of the enormous King Kong animatronic from the attraction. Mike West from Universal Creative takes you on a video tour of the attraction, describing how it will be like facing King Kong on the ride.

Additionally, pictures of the giant beast were also revealed. As you journey deep into a mysterious island, your 1930s expedition is swarmed by enormous prehistoric predators. Your only hope is the most colossal ape ever to walk the earth. As the gargantuan beasts fight for dominance, you will just fight to survive. Skull Island: Reign of Kong – A multi-sensory, multi-dimensional new ride for your life.

Over the weekend, Universal’s official Twitter feed included this sneak peek clip of Kong, so there has definitely been some recent rumblings going on at the attraction which is set to open soon.

How excited are you for the new Skull Island: Reign of Kong?