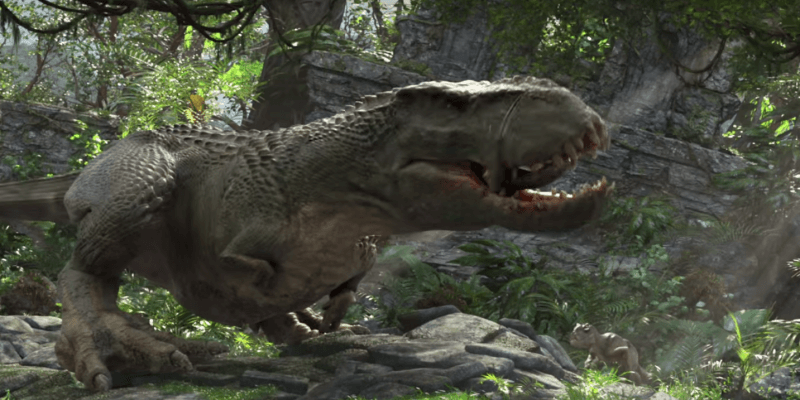 Are you scared of things that go bump in the night? How about during an expedition where King Kong is lurking about as well?

Universal Orlando Resort has released another preview video for the upcoming Skull Island: Reign of Kong attraction that will open at Islands of Adventure this summer, and this time around it features some of the more menacing creatures you’ll encounter on your sojourn.

In this video, Universal’s Creative Director Mike West “takes you up close with some of the island’s most fearsome inhabitants” to learn more about them and how they’ll come to be the stuff of nightmares — at least until Kong shows up.

“Attacked from above, devoured from below — there is no way to escape the gargantuan super predators of Skull Island: Reign of Kong,” says West to open the video and it looks like he’s right.

Over at Universal Orlando Resort’s blog, there’s a helpful guide to some of these creatures you’ll have the pleasure of getting to know on a more intimate level in just a few short months.

Arachno-claw
These carnivorous arachnids move throughout the swampy underworld of the island’s dark caverns, foraging for dead or injured creatures. The six-legged scavenger uses its crab-like claws to crush its prey before feasting on the remains.

Carnictis
The giant, slug-like Carnictis lacks eyes or facial features. But its gaping, oozing mouth—ringed with sharp, jagged teeth—is a distinguishing feature that allows this slow but relentless creature to feed on dead and wounded beings that have succumbed to the wretched, murky chasms of the island.

Decarnocimex
One of the largest and most aggressive cave-dwelling inhabitants on the island, the Decarnocimex will attack anything smaller or weaker that dares to cross its path. These vicious insects tear apart their prey with their razor-sharp mandibles and two-bladed forearms.

Terapusmordax
These are the largest flying predators on the island, with wingspans up to 10 feet. They live in colonies within the island’s interior caverns and are easily provoked. Spearing victims with lethal talons, they use large carnivorous fangs to penetrate anything—or anyone—caught in their jaws of death.

Vastatosaurus rex
The V. Rex is the largest, most intimidating dinosaur that roams the island’s dense jungles. Despite its large, bulky head and tough leathery skin, it’s an agile predator, changing direction at high speeds and ripping into its prey with razor-sharp teeth.

The video highlights just a few of the more terrifying wild predators that populate Skull Island but you can be sure that’s it’s only scratching the surface of what’s to come and that there’s plenty more in store for guests at Islands of Adventure this summer.

For those who dare to learn more about these creatures, you can tune into Syfy on March 30 at 9/8c where more secrets will be revealed on the hit special effects makeup show, Face Off.