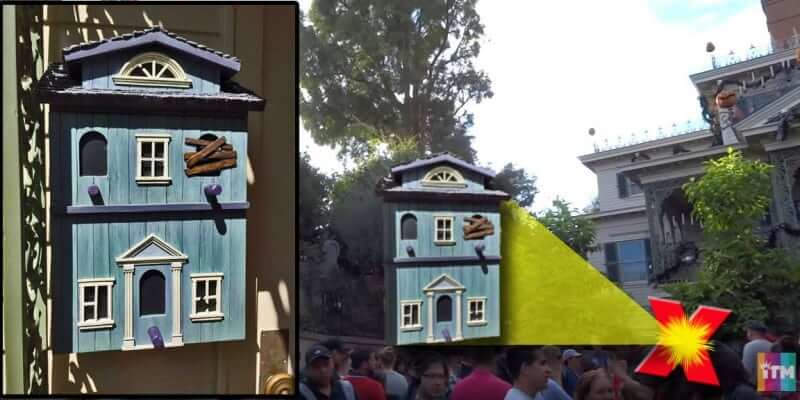 Wander into The Haunted Mansion in Disneyland’s New Orleans Square and you will now notice a small addition to its winding queue.

Tucked in the back corner of the stately manor, just to the right of the cemetery, sits a small three-story birdhouse. 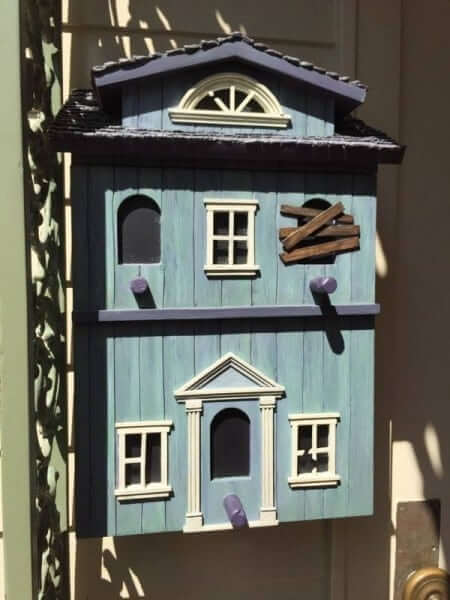 One window on the second floor has been boarded up. But where did this new aviary abode come from?

Could it be intended as the home to one of the Mansion’s more prominent feathered fiends? 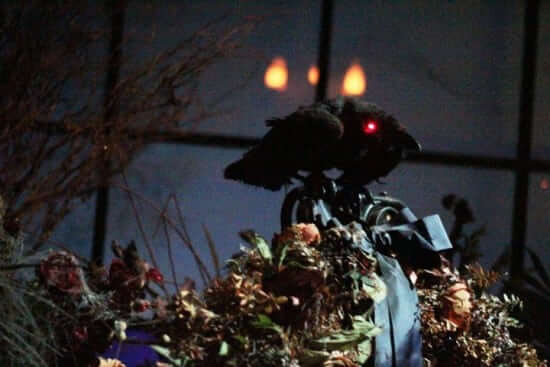 A large black raven with glowing red eyes stalks The Haunted Mansion. Seen resolutely keeping guard over a coffin; perched on Madame Leota’s séance chair; eyeing Doom Buggies as they descend from the attic or fluttering about the graveyard, this raven’s role reduced to cawing out as you pass by.

The precarious possession was abandoned when the black bird’s small size was deemed to not be commanding enough in some scenes.

He’s still there though, appearing 5 times along your journey.  Unofficially his name is Lucifer, according to local lore, though there is no written record of this. 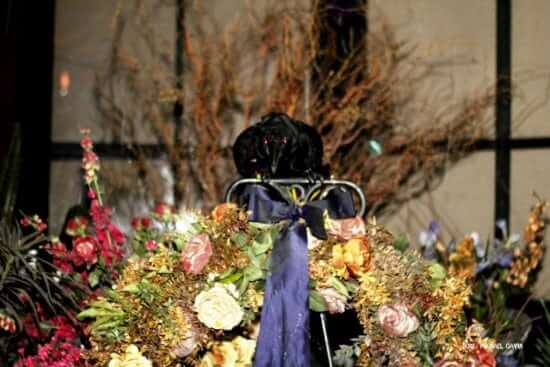 A regal raven also adorns the Ravenscroft organ as part of the enhanced queue at Walt Disney World’s Haunted Mansion. 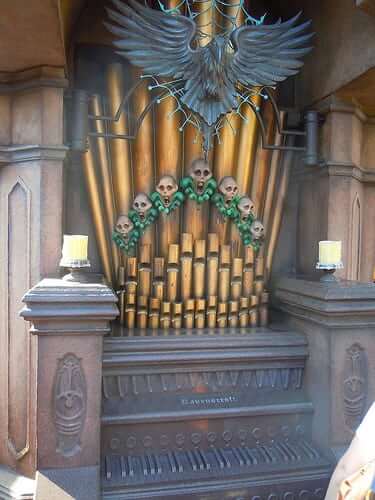 Hints to his original intent haunt their way into Disney’s 1969 LP and book release: “The Story and Song of the Haunted Mansion.”  The recording featured the voice talents of Thurl Ravenscroft, Pete Renaday, Eleanor Audley, Robie Lester, and a young Ron Howard.  The recording reveals some of the raven’s lines as well as gives mention of the Hatbox Ghost.

But back to the mystery at hand…

Rarely is there ever an element of an attraction that is not part of its story. In this case, the answer to why this birdhouse appeared is actually quite simple.

A Disney rep told us:
“The birdhouse does not relate to the Raven; it was created for the birds in the garden.”

While Imagineers have been known to conjure mysterious new additions to The Haunted Mansion for guests to enjoy, this one is quite literally for the birds.

Leave it to Disney’s designers to create such a fun and elaborate place for the park’s birds to retire to – in this life and the next.