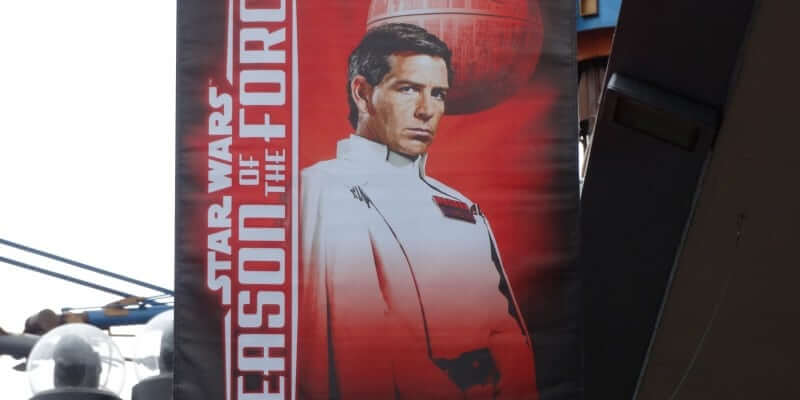 Back when Star Wars Season of the Force first made its debut at Disneyland in November of 2015 with Hyperspace Mountain, Star Wars Launch Bay, and a new scene in Star Tours, the park’s marketing and PR departments intentionally left it vague when the event would come to an end.

Then this past October, once the park’s Halloween celebration got underway, the Season of the Force signage disappeared from Tomorrowland, and in its place was pleasant new theming for the area. Naturally we in the theme park fan community assumed this meant Season of the Force was over, though some of its offerings would likely stick around until the park’s much larger Star Wars expansion opens at some yet-unannounced time in the future.

Cut to this week, after Disneyland’s 2016 holiday decorations began to come down, and Season of the Force has now taken on a new life, with brand-new banners representing characters from the recent “Rogue One” movie and other Star Wars films. There’s even a new guidemap for the park with Chewbacca’s visage on the cover. Check it out:

Once again, it isn’t quite clear how long Star Wars Season of the Force will last at Disneyland, but enjoy it while you can! Eventually you’ll have to wander all the way over to the opposite corner of the park to get your Star Wars fix.