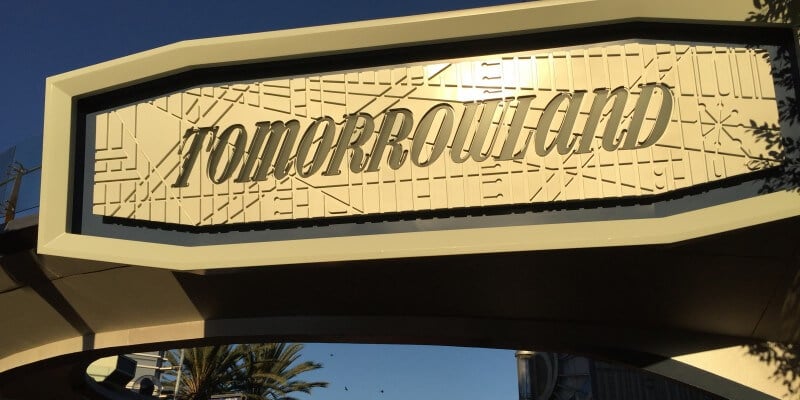 Star Wars Season of the Force has been the theming overlay of Disneyland’s Tomorrowland since last November, when the futuristic area of the park became instrumental in Disney’s marketing push for last year’s “Star Wars: The Force Awakens.” Up until last week, it wasn’t clear if or when then ostensibly-temporary Season of the Force would come to an end.

Finally, as many visitors to the park in recent days have noticed, the plentiful Season of the Force signs and banners around the area have been removed and replaced by nifty new Tomorrowland signage.

It still remains unclear what the future holds for other Season of the Force attractions such as Hyperspace Mountain or the “Path of the Jedi” movie in the Tomorrowland Theater, but chances are we will find out immediately following the Halloween season.

Stay tuned to Inside the Magic for more updates and news from Disneyland!