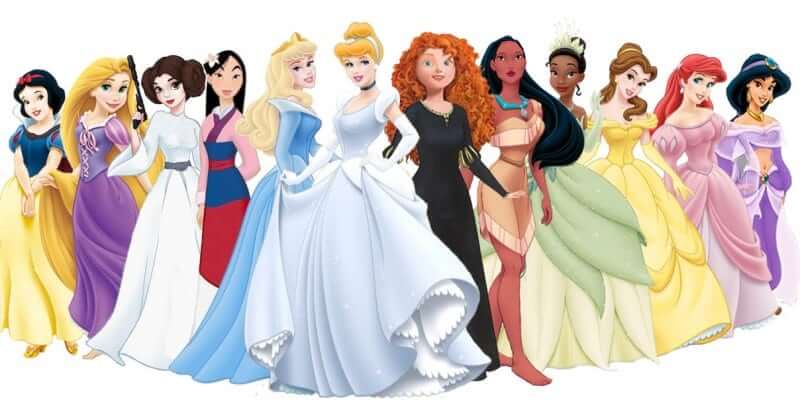 With the tragic death of actress Carrie Fisher last week, grieving Star Wars fans have been paying tribute to the legendary actress who played Princess Leia in a variety of loving and creative ways. One fan recently decided to launch a petition on Change.org to persuade Disney to bend the rules and officially coronate Leia as a Disney Princess.

Cody Christensen discussed the motivation behind the petition with Geek Magazine.

“I started the petition because it was something that bugged me since Disney bought the property. Disney had princesses and Leia was a Princess. Then I found out that Disney had set rules for who could and couldn’t be a princess. (Supercarlin brothers video) With Carrie’s death, I think that it’s time to change the rules.

“I actually have 5 daughters and there are constantly princess movies playing in the background,” he said. “We are big fans of the current Princess line-up, but I think that Leia is a really strong, positive, awesome role model for my girls, and she would make a great addition.”

The petition, which is aimed at Disney CEO Bob Iger, reads the following:

After the tragic lose of Carrie Fisher, we feel that it is only fitting for Disney to do away with the rule that an official Disney princess must be animated and make Leia a full-fledged princess. This would be a wonderful way to remember Carrie and a welcoming to one of Disney’s new properties that is beloved by millions.

What we are asking is that the Walt Disney Corporation hold a full ceremony inducting Leia as the newest Disney princess as well as a special service in memory of Carrie Fisher.

The original eight Disney Princesses consisting of Snow White, Cinderella, Aurora, Ariel, Belle, Jasmine, Pocahontas, and Mulan were named back in 2000 and Disney has since incorporated Tiana, Rapunzel, and Merida (the first Disney-Pixar princess) — and I wouldn’t be surprised if Moana joins them soon enough.

Folks, this is a tough call. The Star Wars fan in me says yes but the Disney fan in me says no. While I appreciate the loving gesture and Disney should certainly honor Carrie Fisher’s legacy in some capacity, I’m of the opinion that the actual character of Princess Leia simply does not fit in with the Disney Princesses — to say nothing of the fact that she was not originally introduced in a Disney movie and is not animated (yes, I know Leia has appeared in the TV show “Star Wars Rebels” but that was fairly recently).

That’s part of the magic at Disney Parks, to see these princesses actually come to life. Ultimately, I’m not quite sure a Carrie Fisher lookalike in costume, however cool that may be, has a place in Magic Kingdom or Disneyland (though I’m not opposed to seeing Princess Leia and the rest of the gang hang out at the upcoming Star Wars Land).

But hey, I don’t call the shots at Disney (yet) so I’d love to hear your opinion on the matter. Should Princess Leia be officially recognized as a Disney Princess? If you think so, feel free to sign the petition and cross those fingers. Either way, sound off in the comments below!