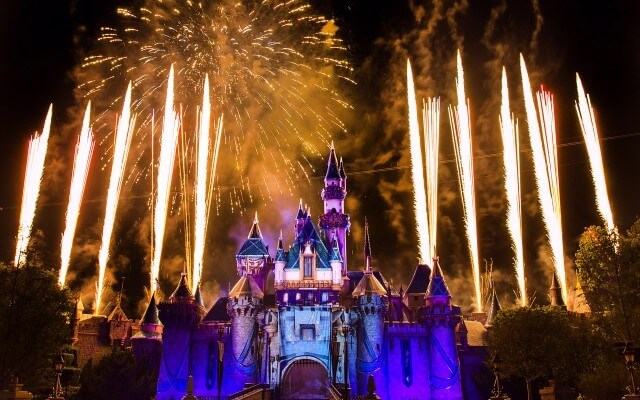 With so much new and exciting experiences and events happening at the Disneyland Resort lately, Disney decided to share with us a list of 13 things you should make sure not to miss when making a visit to the Happiest Place on Earth. Whether they are oldies or newbies, Disneyland Resort has some exciting things to offer this summer.

1, Experience the new show “Frozen – Live at the Hyperion”

The Aladdin show may have said its last goodbye but a new musical adaptation based on Disney’s animated blockbuster film Frozen, is performed daily at the Hyperion Theater now. The show brings to life the timeless story of Anna, Elsa, Kristoff, Sven and everyone’s favorite snowman, Olaf, in a spectacular musical stage production. From the moment the curtain rises, guests are mesmerized by this heartwarming tale of two sisters who learn that their love for each other is what matters most.

2. Travel the globe with Soarin’ Around the World Your imaginations can take flight in this entirely new epic reimagining of a classic attraction. Beginning June 17, get ready to soar over the Great Wall of China, glide over the windy peak of the Matterhorn in Switzerland and sail over Australia’s majestic Sydney Harbor. You can visit this spectacular ride at the same location as the previous Soarin ride at Disney’s California Adventure.

3. Rock around in Luigi’s Rollickin’ Roadsters In Cars Land, the sensational Radiator Springs Racers and exuberant Mater’s Junkyard Jamboree have been joined by a new attraction. The fun-filled Luigi’s Rollickin’ Roadsters attraction at Casa Della Tires dances with joy as Luigi’s cugini (cousins) have come from Carsoli, Italy, to celebrate Race Day in Radiator Park guests hop aboard miniature Italian roadsters, in the style of late 1950s micro cars and groove with Luigi’s singing in a precision-choreographed dance across a trackless “dance floor.”

4. Meet and greet with Captain America and Spiderman

Launch Bay invites guests to visit a Star Wars-themed cantina, discover authentic replicas of film props, and encounter Star Wars characters such as Chewbacca, from the light side, and Kylo Ren from the dark.

The Star Wars-themed transformation of Space Mountain into Hyperspace Mountain thrusts guests into an X-wing Starfigher battle as they race through the darkness. The experience is enhanced by a thrilling soundtrack, inspired by the Star Wars films’ musical themes and re-orchestrated to match every move in the attraction. In this fan-favorite attraction, guests encounter an exciting adventure and characters from “Star Wars: The Force Awakens”, among other Star Wars films, while journeying aboard a Starspeeder 1000.

8. Bring back fond memories with the “Star Wars: Path of the Jedi” film Guests relive stories from the Star Wars saga – or discover them for the first time — through the short “Star Wars: Path of the Jedi” film which connects iconic scenes from the iconic films in fun ways.

9. Learn some Jedi skills in the new Jedi Training: Trials of the Temple

The popular interactive show Jedi Training: Trials of the Temple has been reimagined with Kylo Ren and the Seventh Sister Inquisitor from the popular Disney XD series Star Wars Rebels.

Additional highlights of a summer visit to Disneyland include unique limited-time opportunities to experience favorite attractions in new way. While the Disneyland Railroad is temporarily closed, guests at the Main Street and New Orleans Square Train Stations can get up-close with the historic steam engines that have circled Disneyland park for decades and learn about them firsthand from Disneyland Railroad engineers. Limited-time experiences for the Mark Twain Riverboat and Sailing Ship Columbia are also planned this summer.

11. “Paint the Night” away with this spectacular nighttime parade

The sparkling “Paint the Night” parade builds on the tradition of breathtaking nighttime parades in Disneyland Park that began with the “Main Street Electrical ” Illuminated almost entirely by LED lights, “Paint the Night” is a state-of-the art, vibrant wonder that immerses guests in the magical, luminescent worlds of many Disney and Disney●Pixar characters, including Ariel, the Little Mermaid; Woody and Buzz Lightyear from “Toy Story”’; Lightning McQueen from “Cars,” Disney Princesses and Mickey Mouse and his pals.

This spectacular fireworks show entertains guests from the tips of their toes to the sky high above, surrounding the audience with music, dazzling visual projections and other special effects that bring the pyrotechnics to life. Guests may enjoy the projections from multiple locations, including Main Street, U.S.A., and Small World mall.

13. “World of Color – Celebrate! The Wonderful World of Walt Disney”

This show is a fun-filled version of the popular, nighttime “World of Color”. Award-winning actor Neil Patrick Harris joins Mickey Mouse on a magical water canvas, bringing to life the remarkable story of Walt Disney and The Happiest Place on Earth with animated imagery, live-action film, fountains, lasers, special effects and a stirring musical score.