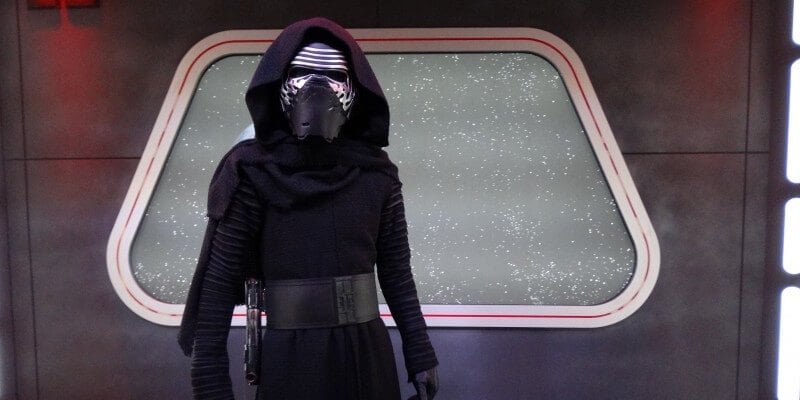 Season of the Force is still going strong at Disneyland, and this past week the park unveiled its latest addition to the menagerie of characters hosting their own meet-and-greets inside Star Wars Launch Bay: Kylo Ren.

Ren occupies the Dark Side half of the meet-and-greet area, former home of his idol Darth Vader, and is only the second new character from “Star Wars: The Force Awakens” to appear in the parks, after the First Order Stormtroopers.

There’s no official word on how often the characters will be swapped out, but it’s very cool to see a fresh face (or mask) in this space already. And it’s especially neat to be able to interact with him. Comments Off on VIDEO: Kylo Ren controls the Dark Side meet-and-greet area in Star Wars Launch Bay at Disneyland