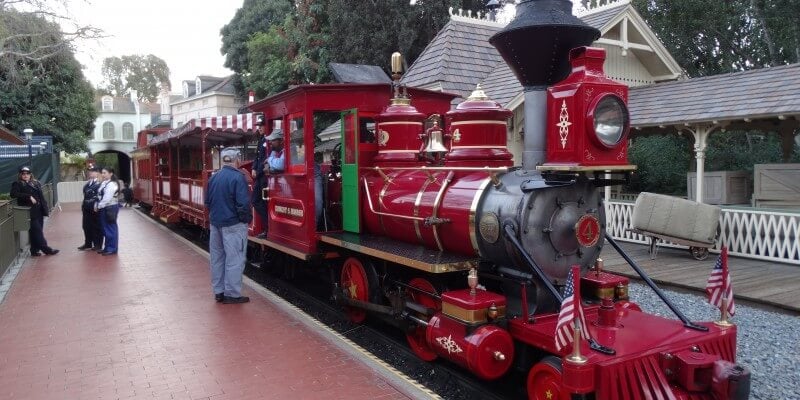 Don't worry it's not this train coming in from Paris.

The current construction on the Star Wars expansion (and other refurbishments) at Disneyland has left many famous attractions temporarily unavailable to guests, but there’s one original ride that remains accessible, although in a much more stationary form than usual.

The Disneyland Railroad opened with the park on July 17th, 1955, and has previously closed for a couple other long periods of time, including during the construction of Splash Mountain, but the Star Wars expansion may cause its longest-ever period out of commission. To make up for that loss, Disneyland is making two of the Railroad trains available to guests to visit, sit on, and interact with the engineers.

The trains are parked at both the Main Street USA and New Orleans Square stations, and when we visited it seemed like many guests were not quite aware that they were welcome to simply enter the stations to explore the trains and chat with the cast members on hand to discuss their inner workings and the history of the Disneyland Railroad as a whole.

So if you happen to be in the park anytime in the next year or so, be sure to stop by and say hello, explore the cars, or even have your picture taken with the most famous theme park locomotive system on Earth. Comments Off on VIDEO: The Disneyland Railroad now open to guests for stationary visits during Star Wars construction