What once was the classic dark ride, Snow White’s Scary Adventures, has now become Princess Fairytale Hall, the latest addition to the New Fantasyland expansion of the Magic Kingdom at Walt Disney World. Most definitely a ride, Princess Fairytale Hall is the new regal home of Cinderella and Rapunzel along with a rotating cast of two other characters amidst a lavishly decorated, castle-themed environment. 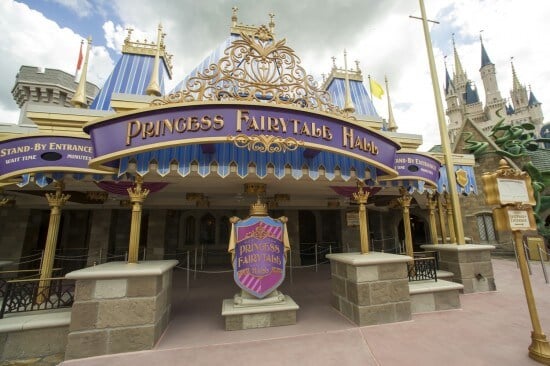 Though it doesn’t officially open until September 18, attendees of the Disney Parks Blog meet-up last night, as well as select media, were offered access inside to explore the new elaborate meet-and-greet.

Stone walls, ornate chandeliers, and plenty of princess portraits line the walls of Princess Fairytale Hall, all focal points after passing by Cinderella-themed stained glass windows on the way in. 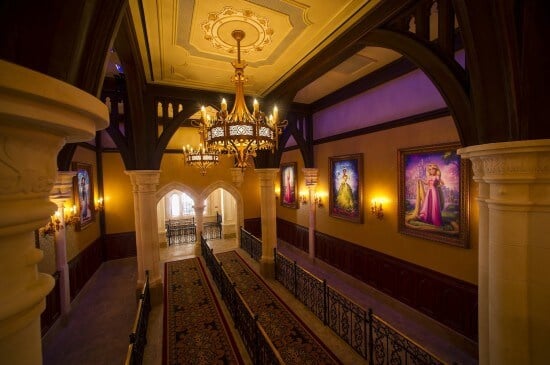 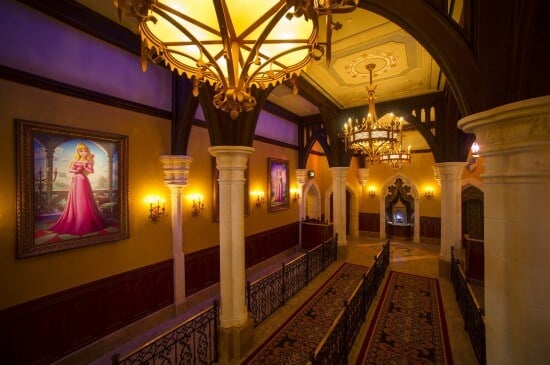 Guests choose between two queues: one for Cinderella and a visiting princess or one for Rapunzel and a visiting princess. As the story goes, the Magic Kingdom is officially home to Cinderella, naturally, since her castle is there, as well as Rapunzel, who now has a “Tangled” themed area on the outskirts of Fantasyland. The rest of the princesses are “visiting,” holding a court inside this new area.

The Royal Gallery offers Guests air-conditioned comfort while browsing the large portraits of each princess that may be inside, even including Ray the Firefly and what may be the first look at his belle Evangeline flying next to Tiana. 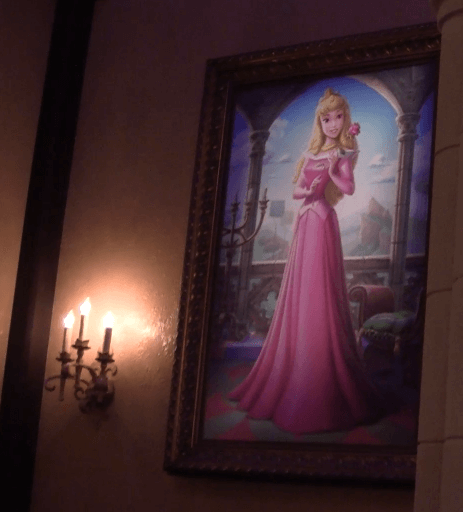 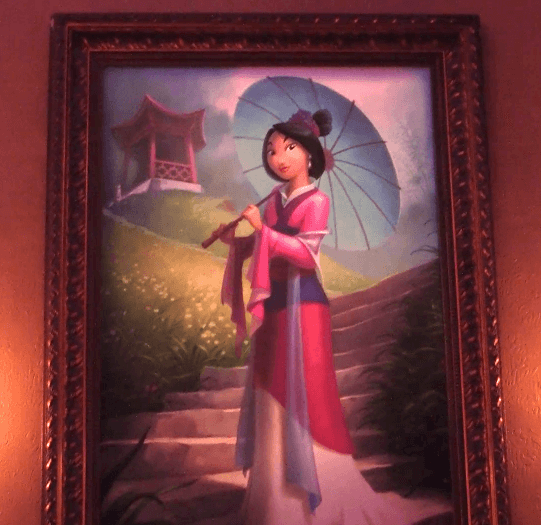 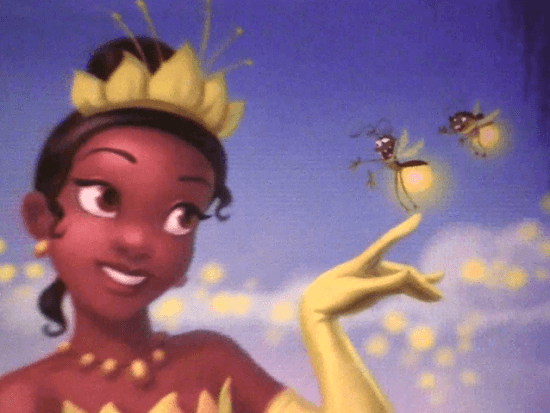 Before arriving into the princess chamber, Guests can marvel at Cinderella’s glass slipper, glimmering brightly. 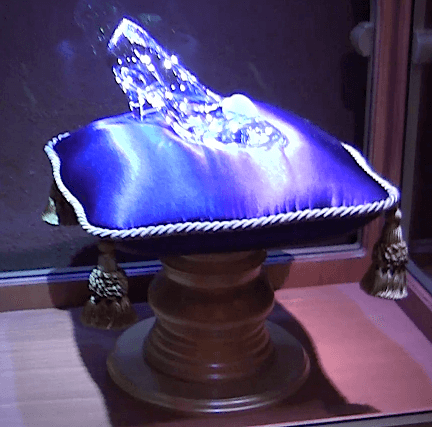 When it’s time for the big moment, Guests are ushered into the royal chambers. Cinderella in one reception room and Rapunzel in the other are each joined by one other Disney princess. Royal visitors might include Aurora, Snow White, Tiana, Jasmine, or Mulan. 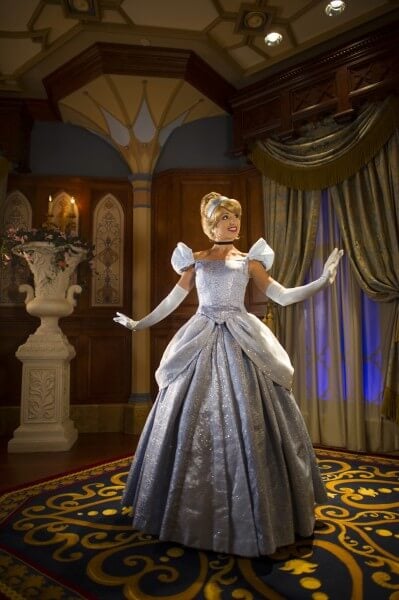 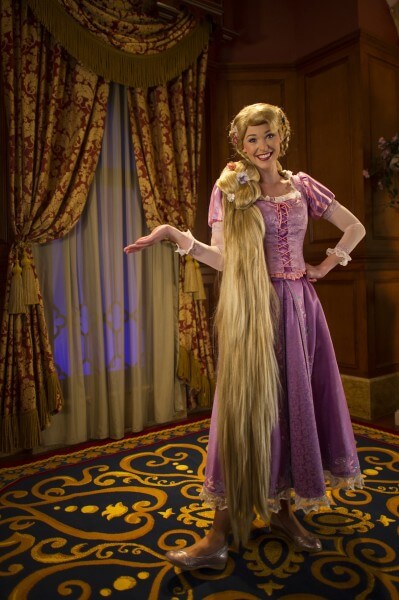 Each chamber features framed paintings of fairytale landscape and a table with a set of storybooks that bear the titles of fairytales in the language of the original tale. And one of the books is open, Snow White, a tribute to the ride that was formerly in this location. 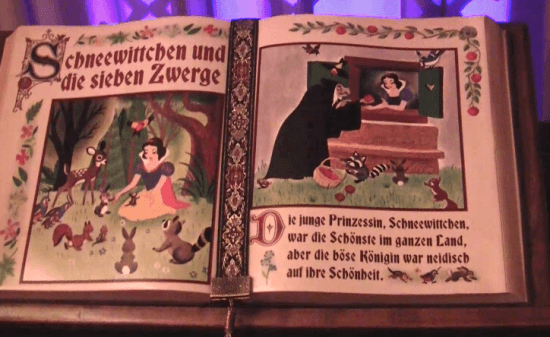 Princess Fairytale Hall is a well-themed addition to the Magic Kingdom but somehow feels like more of the same. Losing a classic dark ride never sits well among Disney fans and replaces it with a fairly basic meet-and-greet, making the happening even less appealing. Fortunately, the much larger Seven Dwarfs Mine Train is being built nearby, expected to be an even grander adventure into the world of “Snow White and the Seven Dwarfs” than has been seen before.

FastPass+ and traditional FastPass are both in use in Princess Fairytale Hall, along with a standby queue. And with the Princesses having moved out of the Town Square Theater, a vacancy opens up new opportunities for other characters to meet and greets in the future of the Magic Kingdom.