Walt Disney World has offered a first look inside the new Be Our Guest restaurant that’s currently under construction in the New Fantasyland expansion at the Magic Kingdom. The “Beauty and the Beast” inspired restaurant will feature multiple dining rooms featuring familiar sights from the classic Disney animated film, transforming from counter service by day to table service by night.

In the video below, Walt Disney Imagineering Senior Concept Designer Ted Robledo showcases a massive mural that’s been painted to set the scene outside windows lining the grand ballroom, an iconic location from the film that’s being recreated for guests to dine inside at the theme park.

Video: First look inside the Be Our Guest restaurant

Here’s a comparison of the concept art for that room followed by the new look inside its construction: 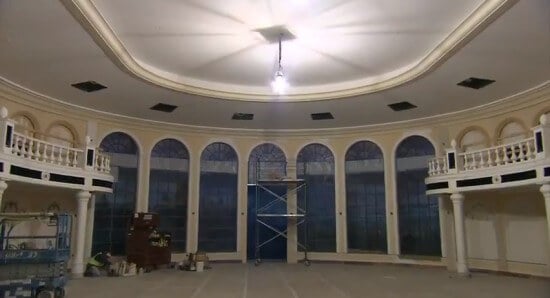 Related: Inside the Be Our Guest restaurant as Walt Disney World dishes up a detailed New Fantasyland preview, but no food yet

And a closer look at the scenic mural art, that’s gone from a digital rendering to being hand-painted in the backlot of Disney’s Hollywood Studios: 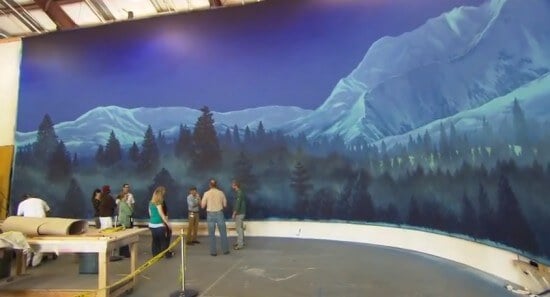 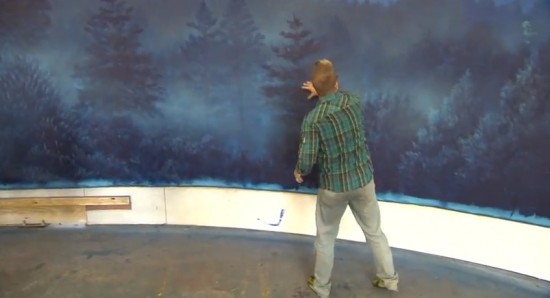 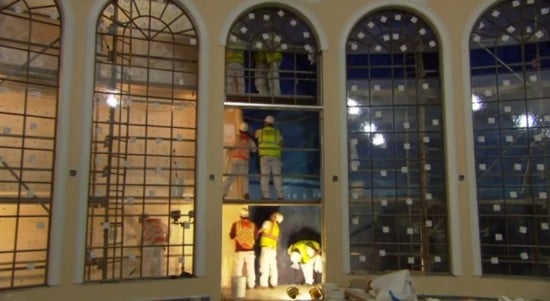 The Be Our Guest restaurant is slated to open at the Magic Kingdom later in 2012, along with the surrounding Beauty and the Beast-themed area that includes Gaston’s Tavern and an interactive meet-and-greet with Belle.

Related: Be Our Guest Restaurant menu served up by Walt Disney World for upcoming ‘Beauty and the Beast’ section of New Fantasyland