Rare Tinker Bell’s-Eye View of Disney World Shown in Cinderella Castle Crane Photos, Looking Into New Fantasyland and Beyond - Inside the Magic

Ever wondered what Tinker Bell sees just before she makes her descent from high atop Cinderella Castle during the nightly fireworks show at the Magic Kingdom? It’s certainly a unique vantage point to oversee all of the Walt Disney World theme parks and though it’s not a view park guests can normally get, a new set of photos offers an aerial glimpse at what it’s like to hover above the castle in the sky.

Disney occasionally uses large cranes inside the park for maintenance on Cinderella Castle, whether it’s the installation and removal of the annual Christmas time “Dream Lights” or simply for touch-ups on the spires. And during a recent sprucing up, a Cast Member snapped away a set of photographs that have since made their way around the company and were ultimately forwarded to my inbox. So now I’m sharing them with you.

Here’s what it looked like for the unnamed photographer to be standing on a crane, several stories in the air, above Cinderella Castle: 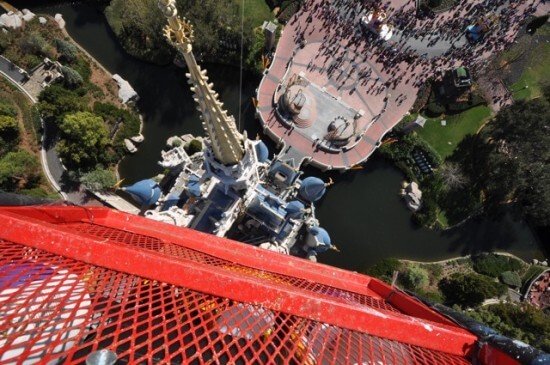 From that vantage point, you can see not only into Tomorrowland all the way to Space Mountain, but even beyond to the shores of Bay Lake and Disney’s Contemporary Resort. 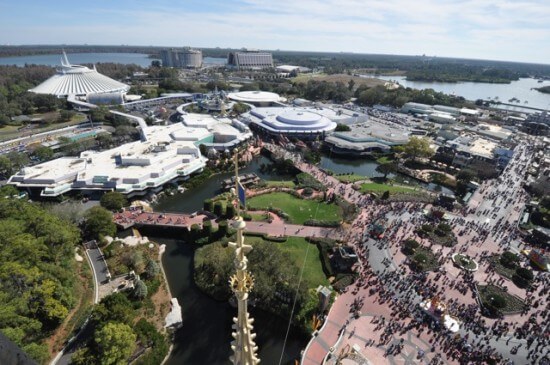 It’s easy to capture all of Cinderella Castle in one shot from Main Street USA, but no guest photo has ever been taken with this unique view of the iconic structure: 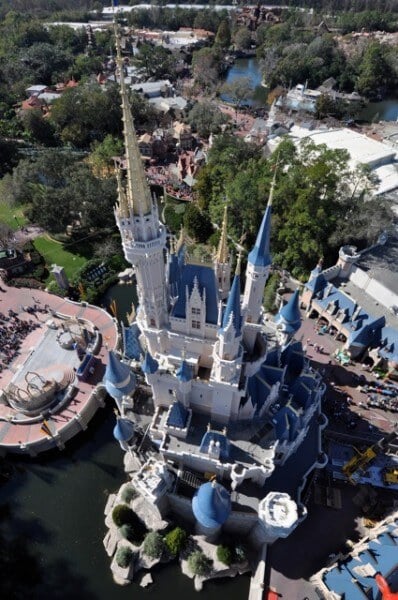 But it seems the focus of the photographer’s attention was behind Cinderella Castle, with the remaining photos in the series centered on the ongoing construction of the New Fantasyland expansion, the Magic Kingdom’s biggest ever.

Here’s an overview of the entire construction site: 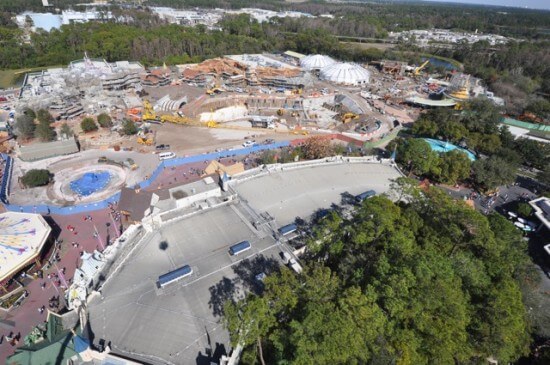 Closer photos reveal the progress behind construction walls, beginning with Beast’s Castle and the Be Our Guest restaurant: 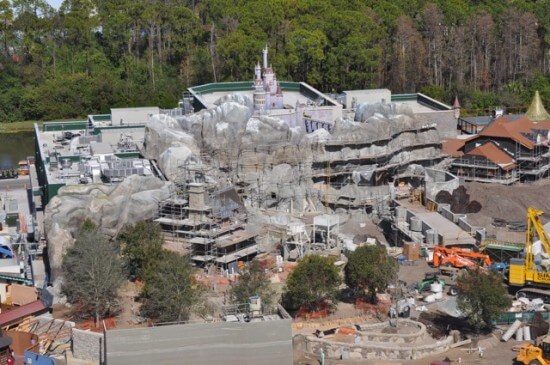 Here’s the surrounding Beauty and the Beast village: 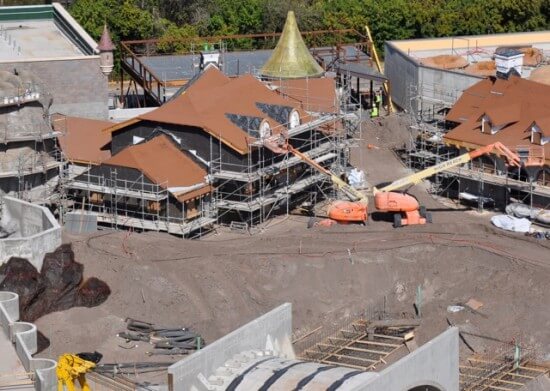 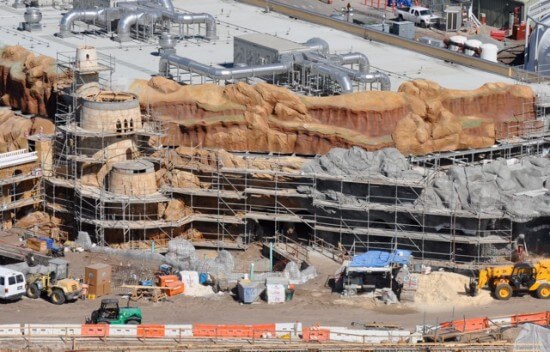 The new Dumbo is around a month away from opening in Storybook Circus: 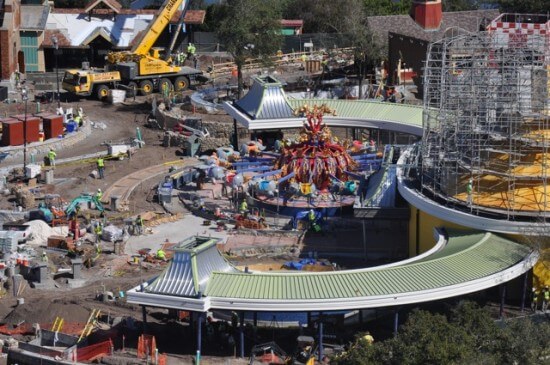 Previous Toontown tents are getting a new look: 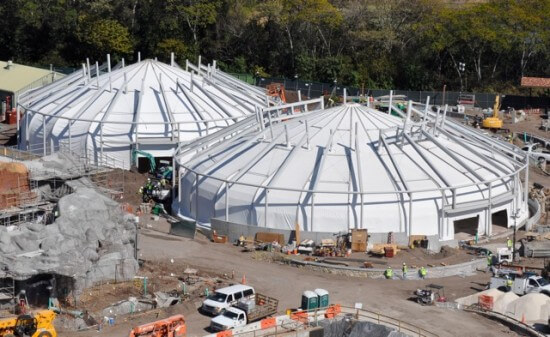 And the Storybook Circus train station is a lot more elaborately decorated than the former Toontown version: 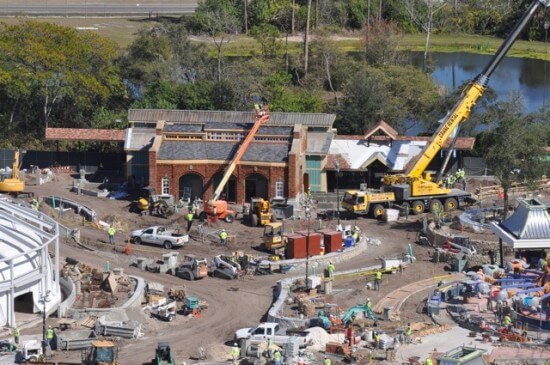 It’s not clear if Disney ever intended for these photos to reach the public’s eye or if they were only meant for internal distribution, but either way, they certainly do wonders in increasing the excitement for New Fantasyland, which will open its first phase in March, with more to come throughout this year and next.

Though many guests complain about unsightly cranes positioned directly behind Cinderella Castle, “ruining” photos of the landmark, when pictures like these emerge, it seems worth it to block the normally perfect view for a brief while to offer an even more incredible and unique view of the Happiest Place on Earth.

Related: Magic Kingdom Gets More Crowded Ahead of Spring Break