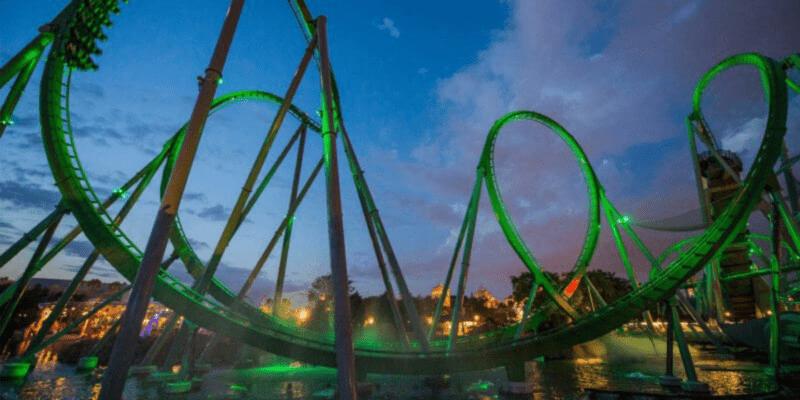 Universal Orlando Resort is cracking down on line etiquette for Park Guests.

Universal is known for having two epic theme parks. Universal’s Islands of Adventure and Universal Studios Florida each have different attractions for the whole family.

Guests visiting Universal’s Islands of Adventure can stroll through the Wizarding World of Harry Potter, see Jurassic Park, get soaking wet on Popeye and Pluto;s Bilge-Rat Barges, and ride other iconic attractions like Skull Island: Reign of Kong, The Amazing Adventures of Spider-Man, Jurassic World VelociCoaster, Doctor Doom’s FearFall, and much more.

While thousands of Guests visit Universal daily, line etiquette has been failing at theme parks all over the country. In a reddit thread,Guests talked about their experience during the line queue at the Jurassic World VelociCoaster.

In the post, the Guest shared a rather lengthy story of an altercation that ended with people being kicked out of the line.

“I don’t understand why it’s so hard to give people a little bit of breathing room in lines. i was in line for velocicoaster and this group of 10 was behind me. the mom was not paying attention. for context i have a universal content page and was trying to film something while walking. i was keeping up with the line and minding my own business. her daughter was basically pushing me up so far into the party ahead of me i was literally breathing on them. while i was filming, the girl pushes me into the guy. she then proceeds to do her best to cut in front me and waves to her party to catch up to her. should have just let her go, but i decided to go back in front of her. i then politely ask the mom if she doesn’t mind asking her daughter to give me some room. she yells at me saying that’s her daughter can do whatever she pleases. keep in mind she’s literally full blown yelling at a 15 year old. i ignore her and keep filming. after her daughter literally pushing me six times i say “would you guys like to just go ahead of me because your driving me nuts.” the mom gives me a dirty look and calls a TM over. they complain, talk to me and take my side since they were obvi in the wrong. their party is asked to leave the line. anyways, point of the story is please treat others a how you would like to be treated in a line.”

“Speeding through the jungle, rising high above the terrain, it’s the apex predator of roller coasters: the Jurassic World VelociCoaster. Now Guests can board your vehicle for a high-speed dash through the park’s raptor paddock. Feel the rush of the hunt as Guests race alongside these nimble predators, twisting and soaring above the land and water. Jurassic World VelociCoaster at Universal’s Islands of Adventure.”

What do you think of Universals line etiquette? Let us know in the comments.